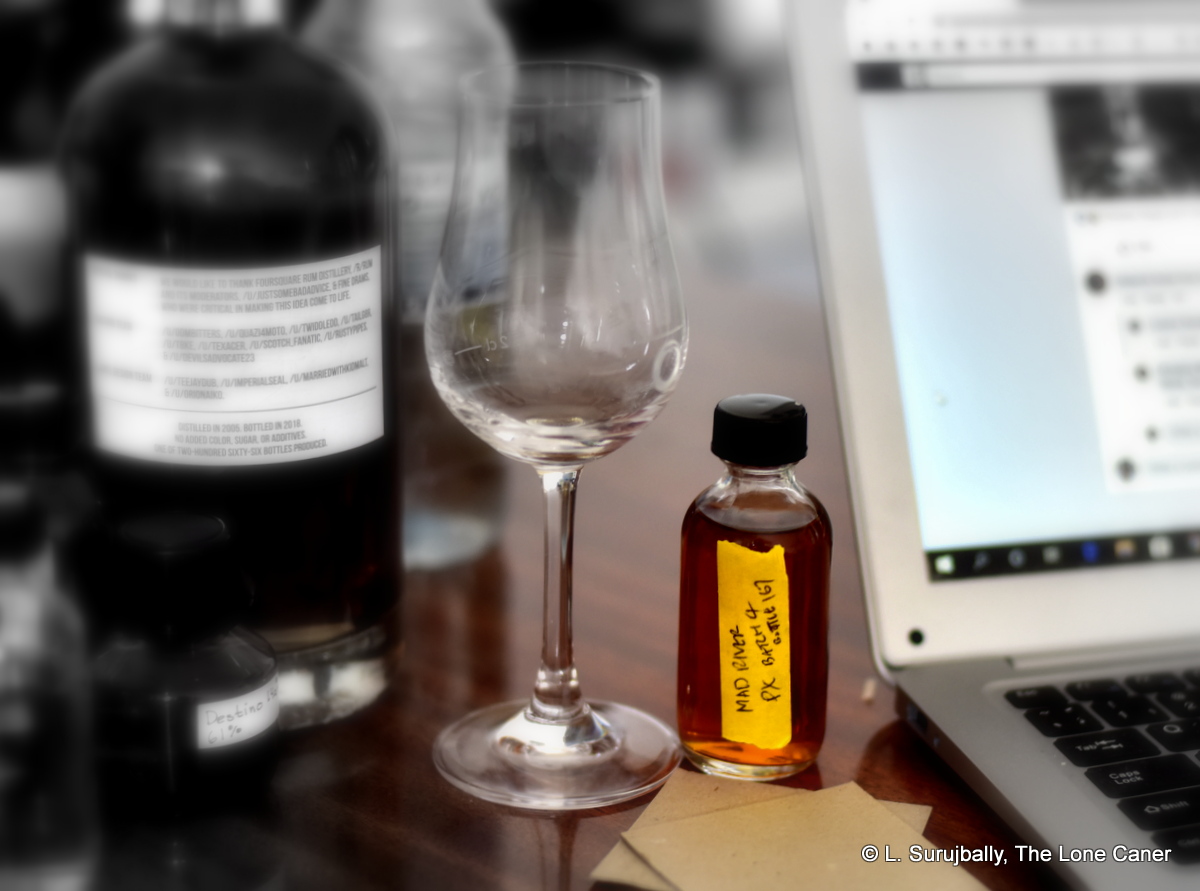 It must be something intrinsic to the USA and their commercial distilling culture, that almost every distillery I’ve come across seems to like making ten different thing off their apparatus.  It’s as if they view a single point of focus, a single product line, as an anathema – a still must be multipurpose, and work to earn its keep by wringing the maximum different amount of spirits out of it.  And this leads to my oft-repeated remark that American distillers seem to like making whiskies, gins, vodkas and other stuff — and produce rum not because of real love for the spirit but as a sort of afterthought to round out the portfolio and provide some immediate cash flow while their hoped-for next Pappy is ageing.

Mad River out of Vermont is no exception to this. In fact, while originally thinking of starting a winery, they finally settled on getting a distillation setup to produce what they really wanted to make – a brandy. Yet, oddly, after sourcing their Muller still from Germany, the first thing off that still in 2013 was a rum, the First Run, and went on from there to make bourbon, rye, and other types of rum — including a silver American “Demerara” (so named probably because it’s made from Demerara sugar, and I have a feeling there’s a potential trademark violation accusation there somewhere if DDL ever hears about it)…and, of course, apple brandy.

The PX is one of their stable of rums, which also includes a Maple-Cask aged rum, the aforementioned First Run and a flavoured vanilla variant. The PX is a single-column-still distillate, aged in toasted and charred barrels, finished in Pedro Ximinez casks (not idea how long in any of these) and released at 46% ABV.

These bare bones facts obscure a multitude of small issues. For one, they call it a “Demerara-based” rum and remark that the sugar they source is fair-trade certified, but what that means is that it’s a rum made with brown sugar of unstated provenance – if it came from Guyana, which is the only country which can sell a sugar with the word “Demerara” on it, “fair trade” would be an unnecessary statement. For me then, this rum skirts right on the edge of my personal belief idea that a rum should state its origins clearly, and should come from fresh-pressed juice, or molasses…not from sugar itself. The ageing is also never spelled out on the bottle or the website – not the ageing of the base rum, nor the duration of the finishing in PX. We have no idea what the complete outturn is, therefore grading the words “Limited Edition” is impossible. And so these niggling omissions in turn cast doubts (mine) on the “scrappy independent,” “we love what we do” origin story on their website, which I’ve learned the hard way to always regard with some skepticism. 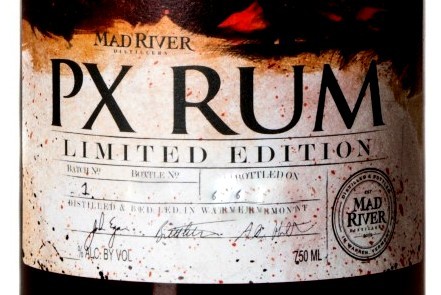 But enough.  Let’s move on to the rum itself and what it tastes like, grade it on how it actually is. Is this a rum that’s up and coming, preparing to take its place as one of the USA’s unsung heroes, a nimble fast-moving upstart ready to take on all comers and make the Caribbean producers look anxiously to their nethers?

Not quite…though it is interesting.  It starts off on the nose with woodchips, sawdust, glue, and old books in a musty library. The fruits start in the background and then slowly gather strength – these are sweet prunes and ripe peaches for the most part, leavened with vanilla, blancmange, some nuttiness and cereals, figs, cloves and raw damp tobacco leaves. The odd thing about it is that it starts nicely but fades away really quickly, so its evanescence is a disappointment — just as I’m coming to grips with it, it vanishes like it’s middle name is Cheshire.

The palate is also somewhat disappointing. The initial tastes are all there – dark fruits, raisins, prunes — but they’re thin and green, not really very precise or dialled-in, more like a mishmash of poorly coordinated soft stuff thrown at a wall. There’s also coffee grounds, tobacco and dark bitter chocolate, more cloves, and in this respect it reminds me a lot of the Dictador 20 or their Best of 1977 – except that it seems lighter, and drier, not quite as polished. As for the finish, that’s simply underwhelming — short and indeterminate, almost indifferent. There’s some tobacco, pancake syrup, vague fruits, smoke, maple sugar, all wispy and vague, here one second and gone the next.

The PX influence is noticeable in the fruitiness, nuttiness and some of the drier aspects of the rum — beyond that, I can’t say there’s much to enthuse. The nose is clearly the best part of the experience, yet even with that, it’s not the sort of rum that encourages sedate evening sipping while watching the sun  go down and discussing the nature of the rumiverse. Part of that is the way the balance feels off, and the tastes and aromas don’t really pop, or mesh particularly well. You’re left feeling this is an essay in the craft, with a few interesting flavours that ultimately fail to cohere, leaving a muddled experience you don’t know what to do with when it’s done. Hardly enough for an unqualified recommendation.

My point about the jumping all over the spirits-production map, making various different spirits and not settling on one, is merely an observation, not a criticism; and not meant to diss a self-evident enthusiasm for the work, or the commercial realities all such little businesses in the USA must overcome.  After all, the Caribbean rum producers are single-mindedly focused on rums because they started form a base of sugar and molasses which were produced right there, and moved on from that point. American distillers mostly lack this geographic-agricultural advantage. Too, being a single-product producer carries risk: money is tied up in this thing and if sales lag, the enterprise could founder – so the incentive to spread that risk by making several products which can all sell to different market segments, is great.  But what it also does is diversify expertise – and the long, tedious, kaizen-like approach to learning and experimentation and gradual increase in knowledge and skill and quality of the one product they’ve hung their hat on – the way, for example, Mhoba’s founder tinkered for ages to get his stuff right – is missing.

That’s very likely why I have, so far, not seen much in the American rum industry to enthuse me. The rums most make are competent and occasionally interesting, yet don’t wow my socks off (at least, not yet). My experience thus far has been that those who go the whole hog and deal with rum as their primary spirit — not as some kind of adjunct —  tend to do better qualitatively than those who try to do too much. Privateer is one such, Montanya is another, Richland and Pritchards are always intriguing, and there are more.  But I have a feeling that if the Law of Mediocrity holds true, then the low to middling quality of all those American rums that have crossed my path over the last ten years (mostly by pure happenstance) define the majority of rums made there; and the companies I have named with products that really make a splash, are the outliers, the leading edges of the bell curve. Only time will tell if that feeling is accurate.