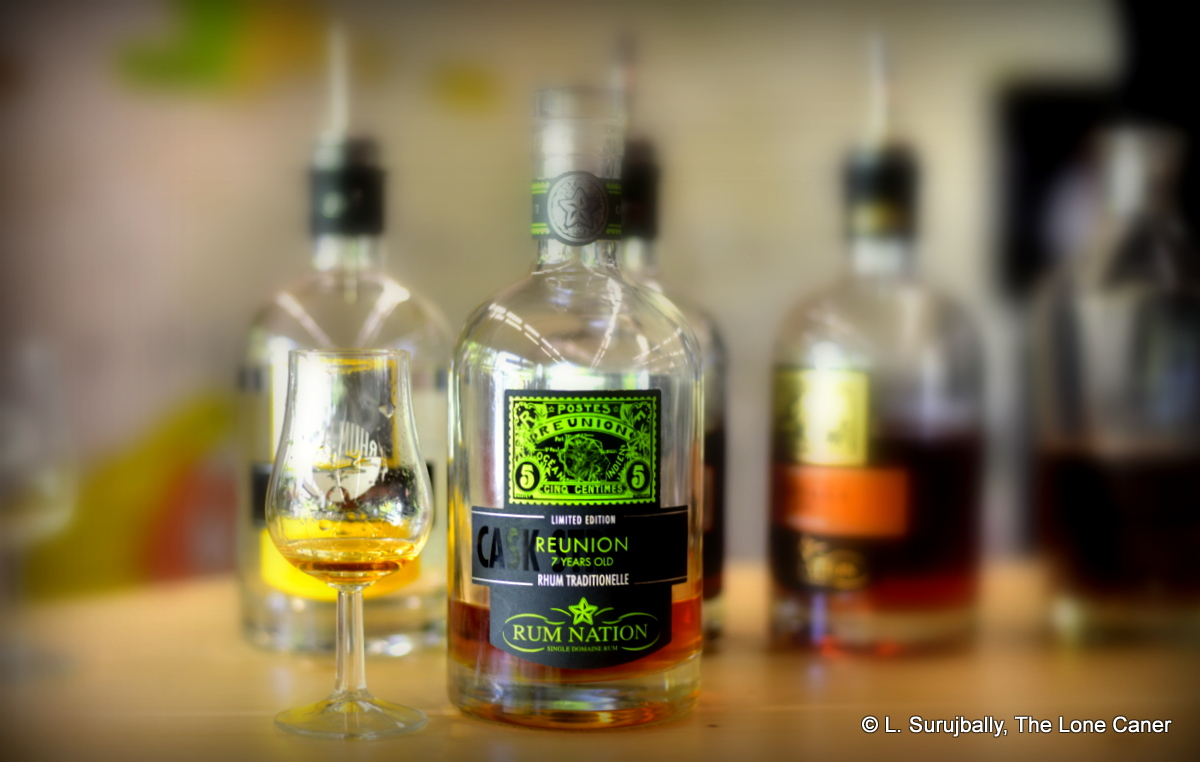 “Austere” says the back label of Rum Nation’s massive rum beefcake from Réunion, and they weren’t kidding. The rhum traditionalle from the French Department is bottled at 60.5% ABV, is seriously violent, a tropically-aged molasses-derived brown bomber, and to my mind it’s quite a step up from the lower-proofed 45% 7 year old agricole they had previously released in 2016.  It is not recommended for people who don’t know what they’re getting into. 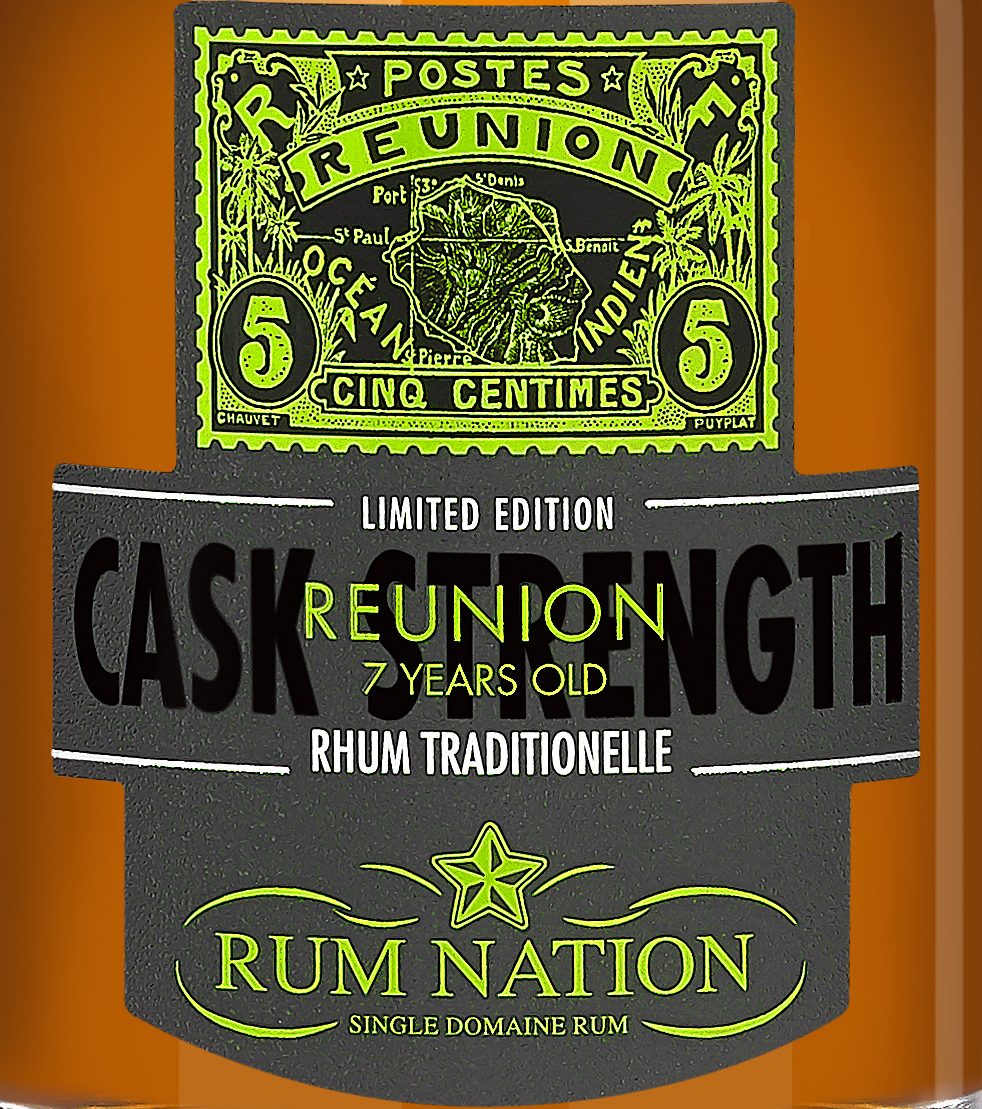 Why?  Because insofar as it has those wild, fierce and pungent smells and tastes, it’s very much like the new wave of Jamaican rums now making such big waves – Hampden and Worthy Park in particular.  Because this presses many of the same buttons, shares something of the same rum-DNA, the major one being that it’s coming off a still stuffed with the potential to crank up the ester-count. And while neither of these two bottles says so — for whatever reason — I’m going on record as saying they’re both from Savanna and the wonder of it is that they come off a savalle copper column still, not pot stills like the Jamaicans.  And yet the ‘Nation’s cask strength version from 2018 is in no way a lesser rum.

Just smelling it tells you that.  It releases such an intense aroma when cracked – a beautifully clear piece of work, smelling of caramel, vanilla, leather, wine, and a lot of red fruits: cherries, red currants and pomegranates, that kind of thing.  And that’s not all…esters come out of hiding after five minutes or so, bubble gum, sharp green fruits, sandalwood, cloves, acetones, and that’s accompanied by a sort of woody, almost meaty smell that’s tough to pin down but really quite interesting.  And as if all this was not enough it continued with sugar cane sap, a citrus line, mint, thyme, and even a twist of black licorice – seriously, you should keep that glass going for at least ten minutes, preferably more, because it just doesn’t seem to want to stop. 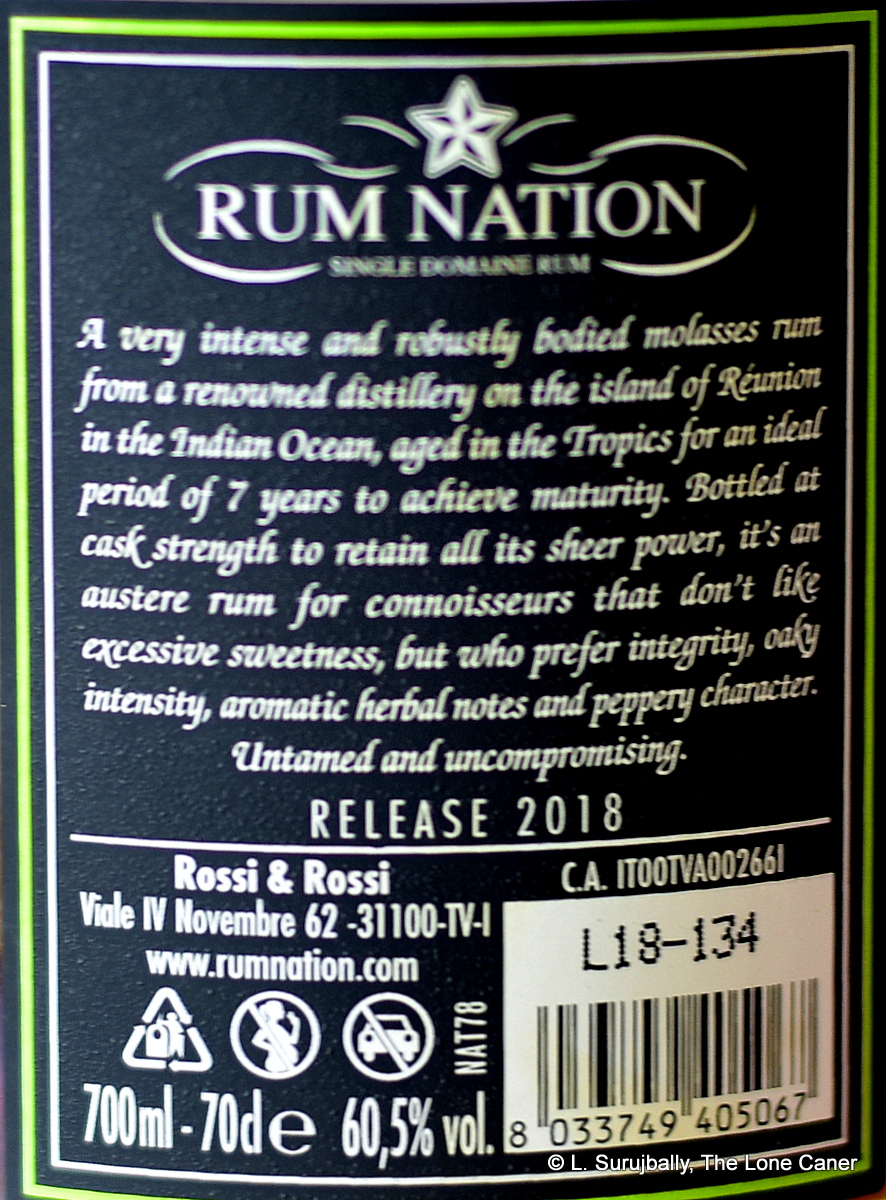 Some rums falter on the taste after opening up with a nose of uncommon quality – fortunately Rum Nation’s Réunion Cask Strength rum (to give it its full name) does not drop the ball. It’s sharp and crisp at the initial entry, mellowing out over time as one gets used to the fierce strength. It presents an interesting combination of fruitiness and muskiness and crispness, all at once – vanilla, lychee, apples, green grapes, mixing it up with ripe black cherries, yellow mangoes, lemongrass, leather, papaya; and behind all that is brine, olives, the earthy tang of a soya (easy on the vegetable soup), a twitch of wet cigarette tobacco (rather disgusting), bitter oak, and something vaguely medicinal.  It’s something like a Hampden or WP, yet not — it’s too distinctively itself for that. It displays a musky tawniness, a very strong and sharp texture, with softer elements planing away the roughness of the initial attack. Somewhat over-oaked perhaps but somehow it all works really well, and the finish is similarly generous with what it provides — long and dry and spicy, with some caramel, stewed apples, green grapes, cider, balsamic vinegar, and a tannic bitterness of oak, barely contained (this may be the weakest point of the rum).

I noted that it reminds me of the New Jamaican rums and that’s certainly true.  But for anyone who likes the Lontan rums, the 2006 HERR 10 YO or the two 2018 “57” expressions, its uniqueness can’t be described by simply saying it’s a version of a rum from the Caribbean. It’s fiercely and uncompromisingly itself, with tastes that complement — without replacing — the rums issued by its cousins from Jamaica. It’s dry, intense, rich, searing, complex, and that short tropical ageing period mellowed it enough to let subtler notes shine without dampening them down too much or losing the crispness of the more youthful elements. And so, summing up, what we have here is a relatively young rum that tries to wring the very last whiff or drop of flavour from its distillate — and succeeds brilliantly. 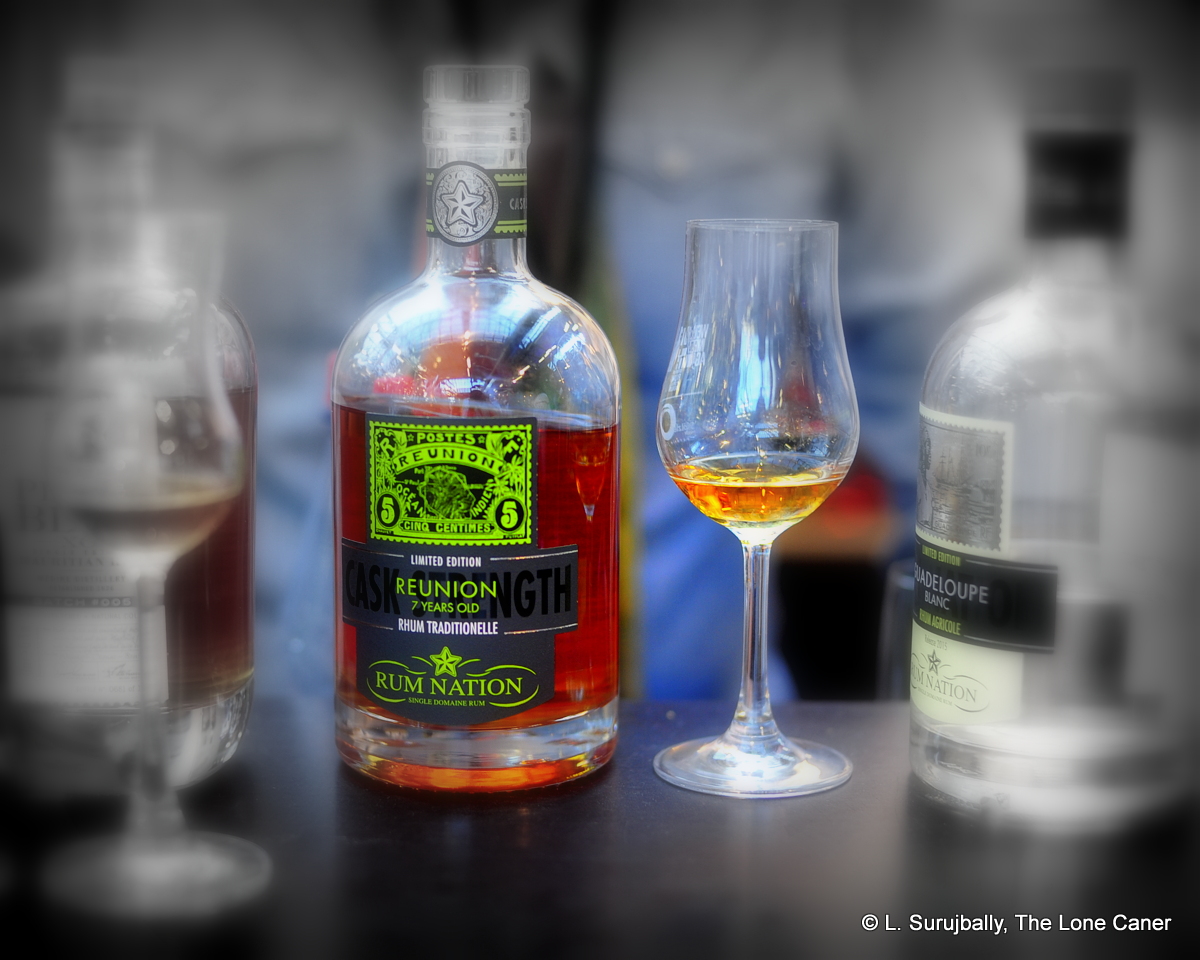