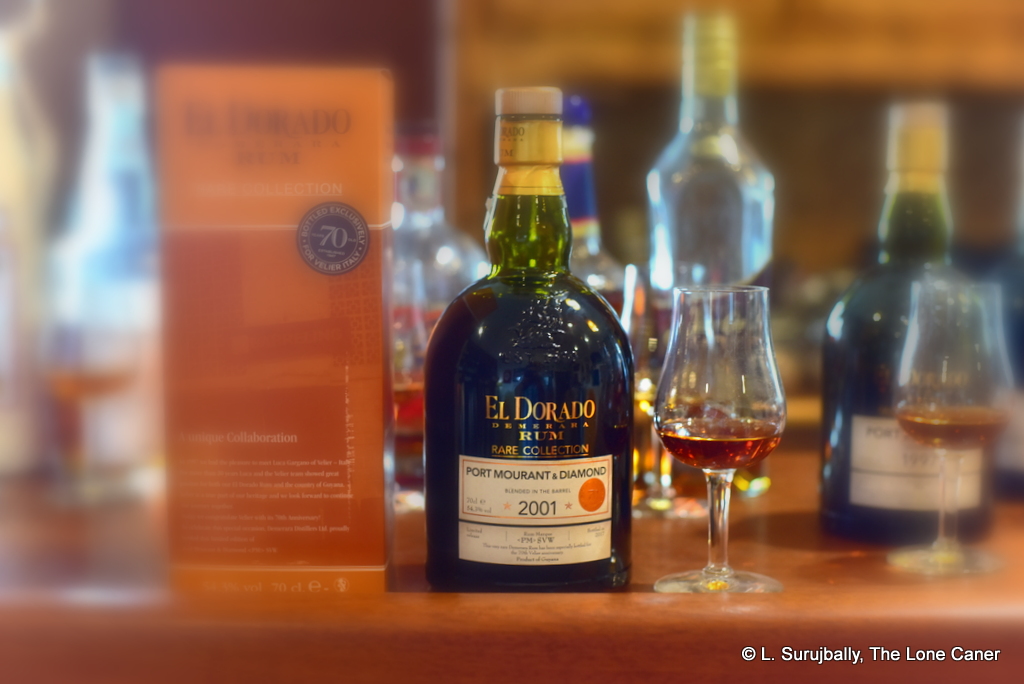 El Dorado and their high-end collection, the Rares, continue to inspire head scratching bafflement – they get issued with such a deafening note of silence that we might be forgiven for thinking DDL don’t care that much about them.  Ever since 2016 when they were first released, there’s been a puzzling lack of market push to advertise and expose them to the rum glitterati. Few even knew the second release had taken place, and I suggest that if it had not been for the Skeldon, the third release would have been similarly low key, practically unheralded, and all but unknown.

Never mind that, though, let’s return briefly to the the third bottle of the Release 2.0  which was issued in 2017. This was not just another one of the Rares, but part of the stable of Velier’s hand-selected 70th Anniversary collection which included rums from around the world (including Japan, the Caribbean, Mauritius….the list goes on). We were told back in late 2015 that Luca would not be able to select any barrels for future Velier releases, but clearly he got an exemption here, and while I don’t know how many bottles came out the door, I can say that he still knows how to pick ‘em.

What we have here is a blend of rums from Diamond’s two column coffey still, which provided a somewhat lighter distillate modelled after the Skeldon mark (the Skeldon still has long since been destroyed or dismantled); and the Port Mourant double wooden pot still distillate for some deeper, muskier notes.  The proportions of each are unknown and not mentioned anywhere in the literature – all we know is that they were blended before they were set to age, and slumbered for 16 years, then released in 2017 at 54.3%. 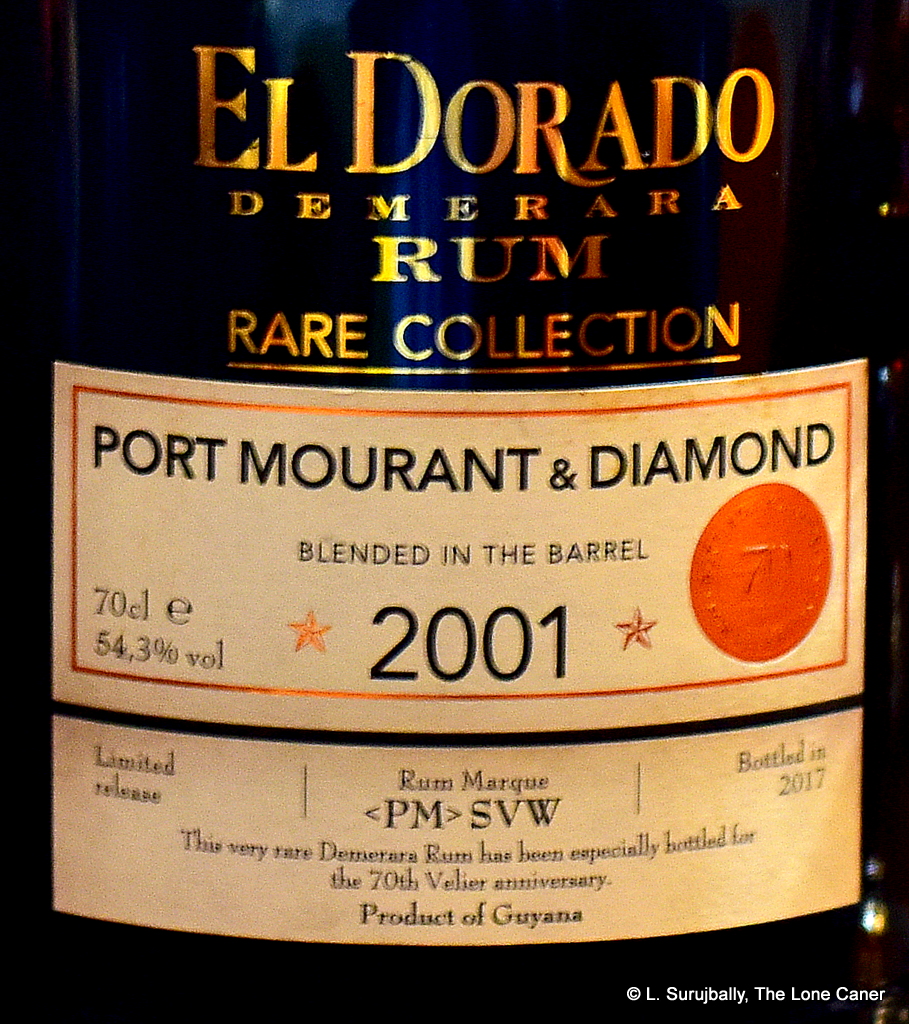 Knowing the Demerara rum profiles as well as I do, and having tried so many of them, these days I treat them all like wines from a particular chateau…or like James Bond movies: I smile fondly at the familiar, and look with interest for variations.  Here that was the way to go. The nose suggested an almost woody men’s cologne: pencil shavings, some rubber and sawdust a la PM, and then the flowery notes of a bull squishing happily way in the fruit bazaar. It was sweet, fruity, dark, intense and had a bedrock of caramel, molasses, toffee, coffee, with a great background of strawberry ice cream, vanilla, licorice and ripe yellow mango slices so soft they drip juice.  The balance between the two stills’ output was definitely a cut above the ordinary.

Fortunately the rum did not falter on the taste.  In point of fact, it changed a bit, and where on the nose the PM took the lead, here it was the SVW side of things that was initially dominant. Strong, dark, fruity tastes came through — prunes, blackberries, dates, plums, raisins, pineapples, ripe mangoes.  After it settled down we got mature, sober, more “standard” aged-rum parts of the profile – molasses, licorice, sweet dry sawdust, some more pencil shavings, vanilla, creme brulee, caramel, almonds, white chocolate and even a hint of coffee and lemon zest. Damn but this thing was just fine.  The SVW portion is such a great complement to the muskier PM part, that the join is practically seamless and you couldn’t really guess where the one stops and the other begins. This continued all the way down to the exit, which was long, rummy and smoky, providing closing hints of molasses, candied oranges, mint and a touch of salted caramel.

There is little to complain about on Velier’s 70th anniversary Demerara. I prefered DDL’s Enmore 1996 just a bit more (it was somewhat more elegant and refined), but must concede what a lovely piece of work this one is as well.  It brings to mind so many of the Guyanese rums we carry around in our tasting memories, reminds us a little of the old Skeldon 1973, as well as the famed 1970s Port Mourants Velier once issued, holds back what fails and emphasizes what works. To blend two seemingly different components this well, into a rum this good, was and remains no small achievement.  It really does work, and it’s a worthy entry to Demerara rums in general, burnishes El Dorado’s Rare Rums specifically, and provides luster to Velier’s 70th anniversary in particular.

There’s an outstanding query to Velier requesting details on proportions of the blend and the outturn, and this post will be updated if I get the information.