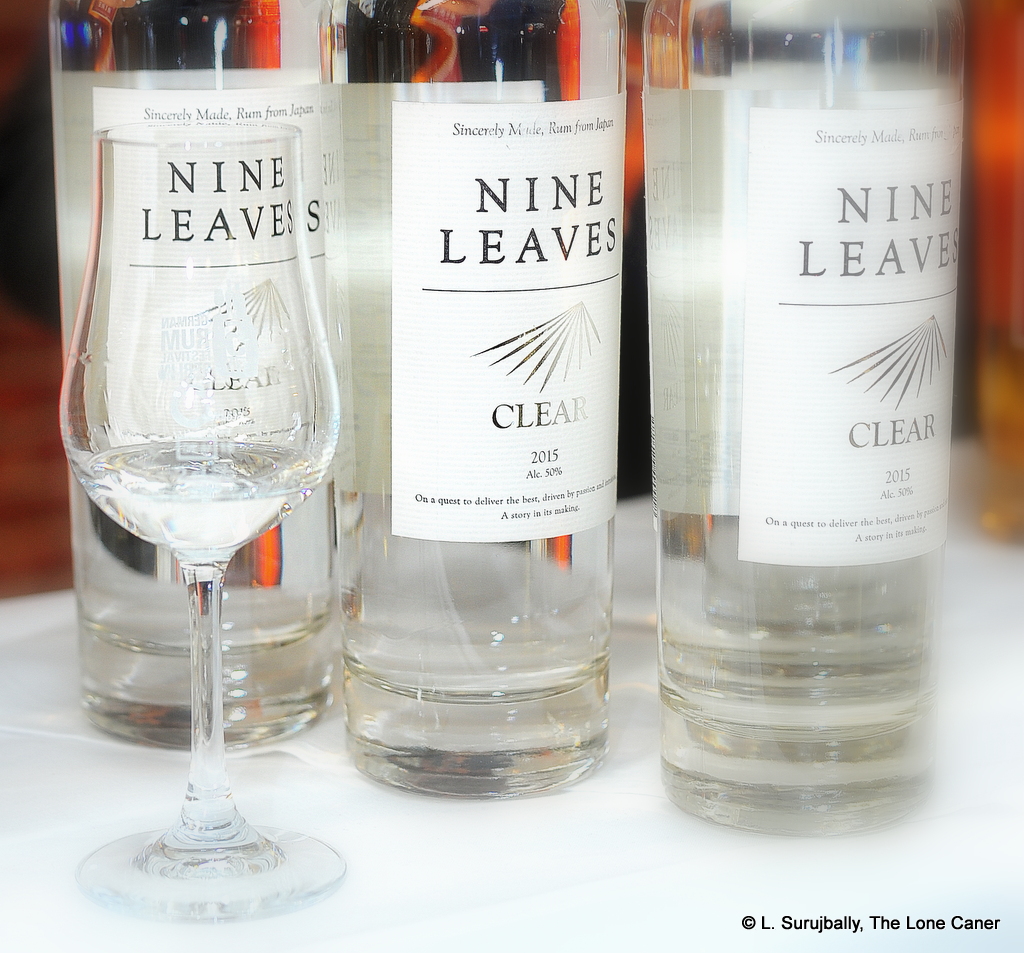 Nine Leaves, that always-interesting one man operation out of Japan, doesn’t find much favour with Serge Valentin, who has consistently scored their rums low, but I’ve always kinda liked them myself. The 2015 edition of the “Clear” is a case in point, and showcases the move of some rum makers into white, unaged, unfiltered, full-proof, pot still products. The aren’t for everyone, of course, and may never find broad acceptance, since they always feel a shade untamed – in that lies their attraction and their despite. I get the impression that most of the time cocktail enthusiasts are their main proponents, aside from writers and enthusiasts who love sampling anything off the beaten track.

Such white rums share several points of commonality. They have a raw-seeming kind of profile, channel the scents of a starving artist’s one room studio (or maybe that of a dirty chop shop garage in a ghetto somewhere), and often feel a tad boorish to taste. But as part of the great, sprawling family of rum, I recommend them, especially if they’re decently made, just so people can get a sense of how wide-ranging the spirit can be. And this one isn’t half bad.

What Nine Leaves did here was make a rather domesticated version of the savage Haitian or Brazilian unaged rums which are its first cousins. Now, when poured and sniffed, it billowed up very aggressively (as one might expect from a popskull brewed to a meaty 50%), and the strong smell of fusel oil, wax attacked right away – pungent is as good a word as any to describe it, and it reminded me strongly of the Rum Nation Jamaican 57%, or even, yes, any of the clairins. But it nosed in a way that seemed more rounded and less jagged than those elemental firewaters. And while I didn’t care for the scents of paraffin and cheap lye soap (of the kind I used to do laundry with by the side of nameless rivers in my bush days), there were gradually more assertive, sweeter smells coiling underneath it all…sugary water, watermelon, cinnamon and nutmeg. These lighter hints redeemed what might otherwise have just been an unsmiling punch of proof. 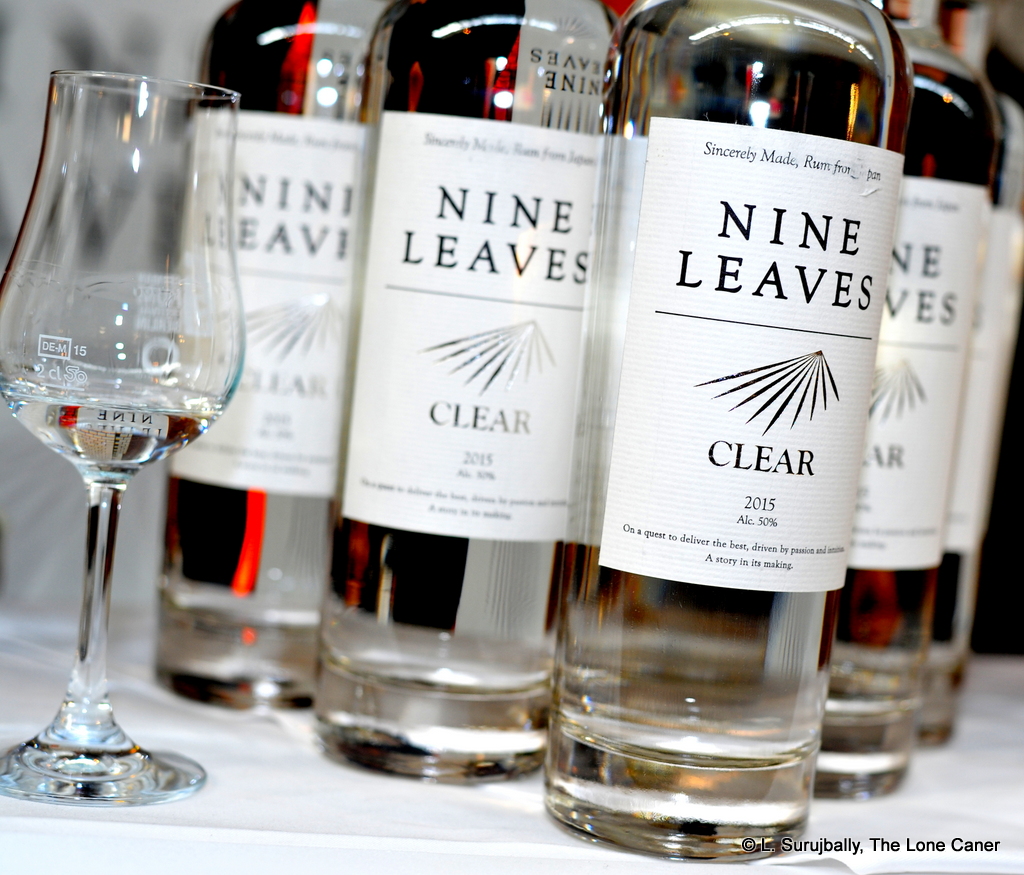 As I noted with the cachacas last week, the dry, sharp and sweet taste was something of a surprise, coming as it did at right angles to the preceding pot still heft. Salty green olives and more sugar water melded uneasily and eventually made an uneasy peace with each other, to develop into a more easy going, even light, palate redolent of more watermelon, cane juice, with some of that thick oily mouthfeel that characterized the Sajous, or the Jamel. There were some green apples, florals, and half ripe mangoes (minus the mouth puckering tartness), even a shaving of lemon zest…however they all seemed to suffer from the issue of not knowing whether they wanted to go all-in and define the product as a rampaging pot still rum squirting esters and fuel oil in all directions, or be a lighter, sweeter and more nuanced, well-behaved rum that would appeal to a broader audience.

The finish suggested more clearly what the originating vision behind the rum had been – it was long, very long, a little dry, with sweet and salt finally finding their harmonious balancing point and providing a lovely ending to what had been a pretty good all-round (if not earth-shattering) experience. It’s rich, yes, vibrant, yes, tasty, yes. What was lacking was a little integration and balance, a bit more arrogance in the trousers, so to speak.

But don’t get me wrong. Mr. Takeuchi knows what he’s doing. He’s got time, patience, kaizen and some pretty neat tech backing him up. He likes what he does, and makes what he does quite well. This rum may be a smoothened-out, vaguely schizoid clear rum more akin to an unaged agricole — in spite of being made with molasses, from Okinawan sugar – but it still scores and tastes in the region of the clairins and other white rums that I may have raved about more enthusiastically. My recommendation is to ignore the score, and simply try the rum if you can. You will likely be quite pleasantly surprised by how well an unaged rum can be made. And how nice it can taste, in its own understated way.