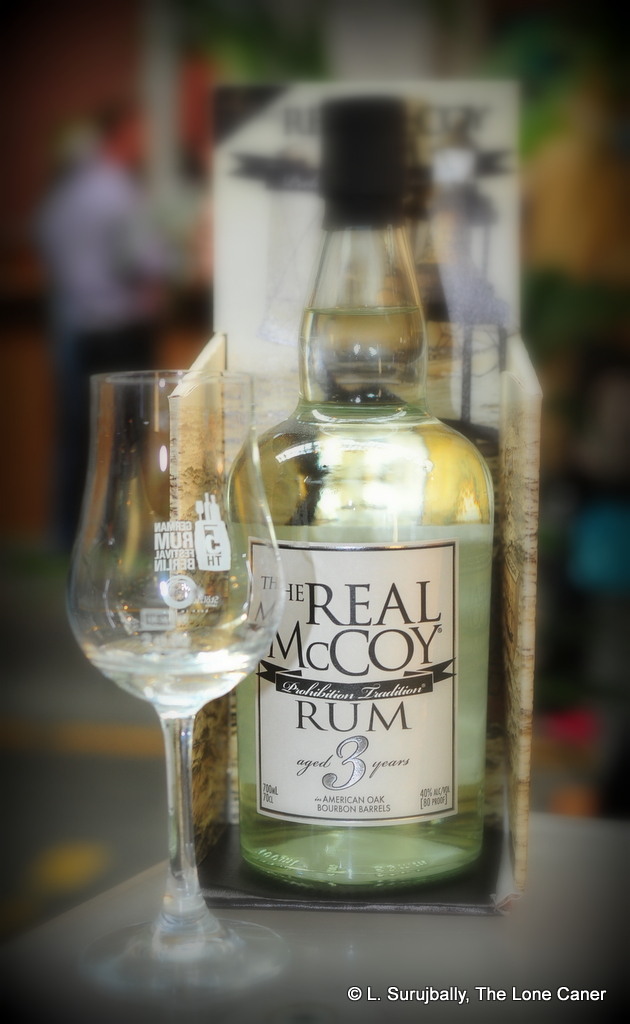 Knowing how I have never been entirely satisfied with rums from Barbados, I decided to buy a few about which many have waxed rhapsodic, followed that up with trying as many as I could at the 2015 Berlin rumfest, and continued on the theme by begging my friends in Europe for samples of their personal stocks of independent bottlers’ Bajans. Let’s see if I can’t get to the bottom of why — with just a few exceptions — they don’t titillate my tonsils the way so many others have and do.

Take for example this white three year old from the “Real McCoy” company, which is using stocks from Foursquare. Others have written about Bill McCoy, a Prohibition era rumrunner who never adulterated his stocks (some of which came from Foursquare, according to a documentary made by Bailey Pryor). Apparently Mr. Pryor was so enthused by what Bill McCoy had done that he approached Richard Seale with a view to creating a modern equivalent: and after some time, the 3 year old white, a 5 year old and a 12 year old were out the door in 2014. This one is a blend of copper pot and column still distillate, 40% ABV, aged in American ex-bourbon oak, and an offering to bartenders and barflies and mixologists everywhere. 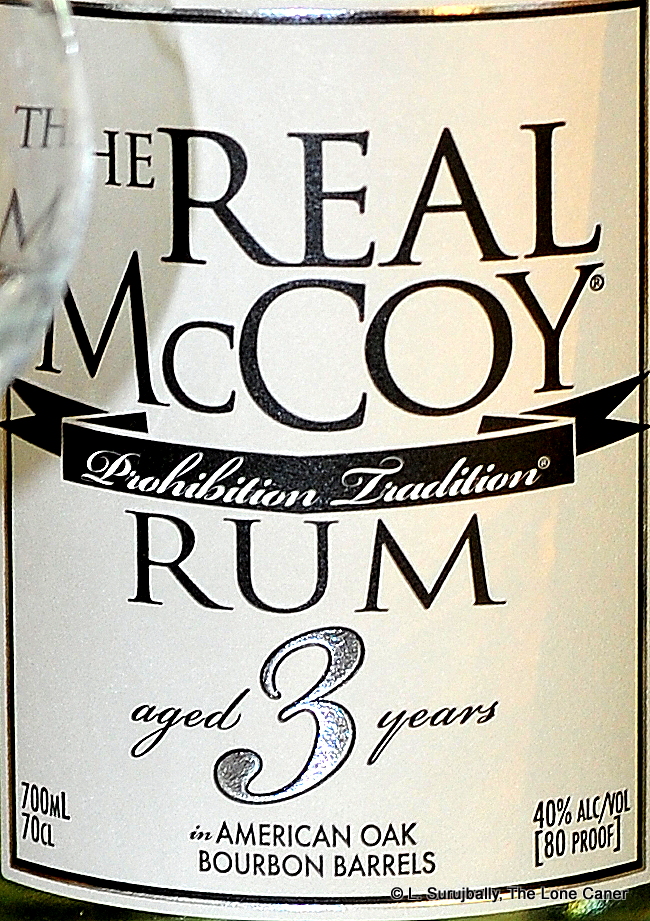 Part of my dissatisfaction with filtered white rums meant for mixing was demonstrated right away by the aromas winding up through my glass: I had to to wait around too long for anything to happen. The nose was warm and faintly rubbery, with some faint tannins in there, sugar water, light cream,and a green olive hanging around with maybe three marshmallows. A flirt of vanilla loitered around in the back there someplace but in fine, I just couldn’t see that much was going on. “Subtle” the marketing plugs call it. “Pusillanimous” was what I was thinking.

To be fair, a lot more started jumping out of the glass when the tasting started. It was crisper and clearer and firmer than the nose, a little peppery, more vanilla, cucumbers, dill, ripe pears, sugar cane sap. It’s not big, it’s not rounded, and the range of potential tastes was too skimpy to appeal to me. Skimpy might work for a bikini, but in a rum it’s a “Dear John” letter, and is about as enthusiastically received. The finish? Longish – surprisingly so, for something at 40%, though still too light. More sugar and dill, guavas and pears, and that odd olive made a small comeback. I’m sorry, guys, but this isn’t my thing at all. I want more.

Perhaps it wasn’t such a good idea to kick off the Barbados tour with a filtered white 3 year old. It was thin, watery, too weak, and the tastes struggled to get out and make themselves felt. Maybe it’s the charcoal filtration that takes out some of what I like in my rums. The profile is there, you can sense it, just not come to grips with it…it’s tantalizingly just out of reach, and like the Doorley’s XO, it lacks punch and is simply too delicate for my personal palate. For its price point and purpose it may be a tough rum to beat, mind you, but my personal preferences don’t go there. And having had white rums from quite a few makers who revel in producing fierce, joyous, in-your-face palate shredders, perhaps you can understand why something this easy going just makes me shrug and reach for the next one up the line.