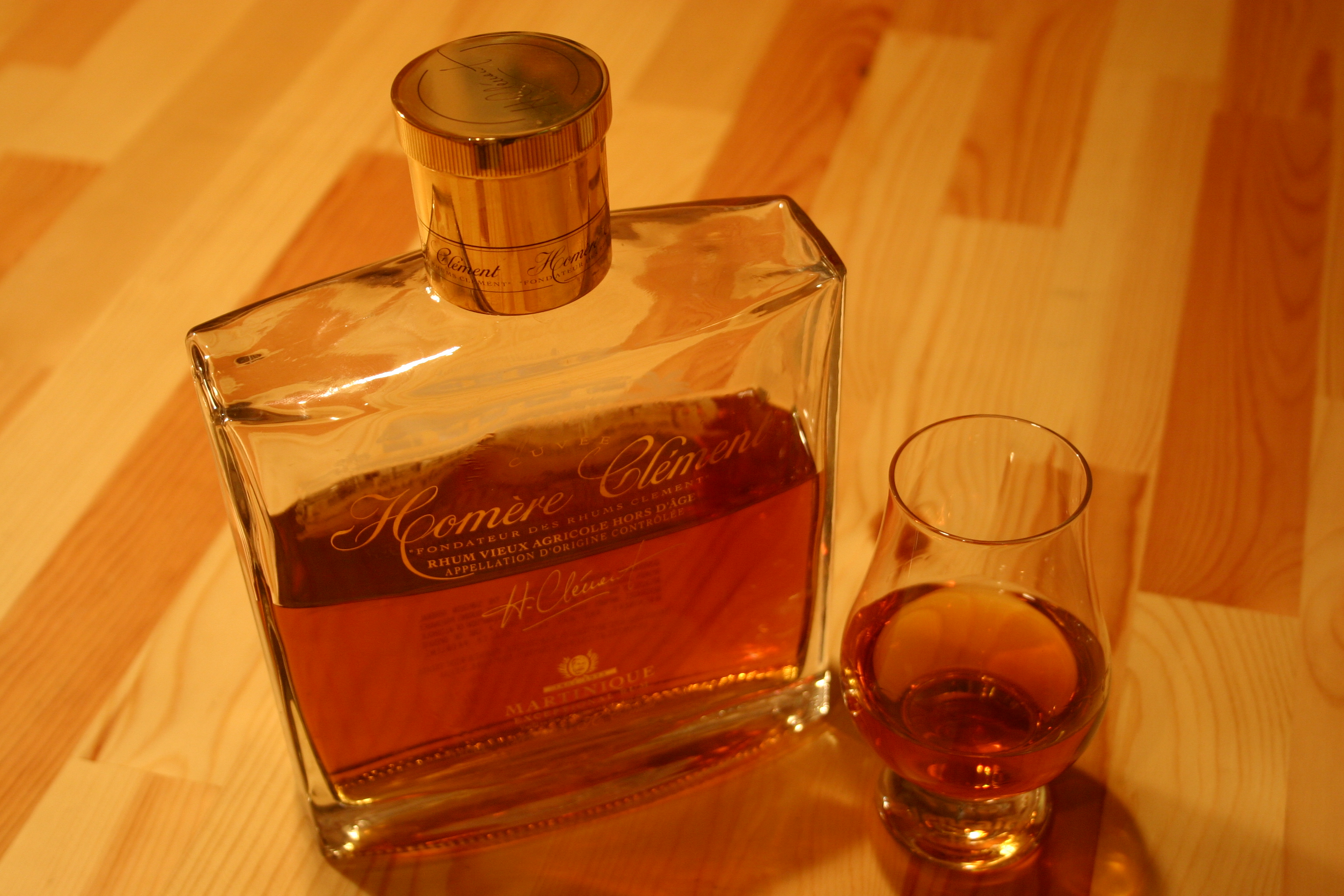 An unaggressive, bright and clear, sipping-quality rhum agricole that can serve as a bridge between traditional molasses rum and agricoles.

Clément holds the dubious distinction of providing one of the first agricoles I ever tried.  That was five years (and some change) ago. At the time when I tried that Tres Vieux XO, just about the top of their range, I remember the clarity and smooth brightness of it, and how it flirted with a molasses profile without ever stepping over the  line.  That rhum was a blend of three exceptional years’ production…the Hors D’Age I was trying this time around was supposedly a blend of the best vintages of the past fifteen years.  On the basis of such remarks are high prices charged.  Note the “hors d’age” statement – what that means in principle, is that the rhum is aged between three and six years, which strikes me as absurd for a bottle costing in the €90+ range.  Still, it is an AOC rhum, Clément is enthusiastic abut the care with which they assembled it, and all in all, it’s a pretty decent dram.

Clément has a long history, dating back to 1887 and the purchase of domaine de l’Acajou by Homère Clément. Initially it just produced sugar and raw alcohol, but the demand for liquor durting the first world war persuaded him to upgrade to a distillery in 1917. After the death of Homère, his son Charles took over the business. Credited with developing (some say perfecting) the company’s rhum agricole methodology, he studied distillation at the Louis Pasteur School in France, and named the first bottlings after his father.  He subsequently expanded the company by instigating mass exports to France, which became the company’s primary market outside the Caribbean.  When he died in 1973, his sons took over, but thirteen years later they sold the Acajou distillery to another Martinique business owned by family friends (Groupe Bernard Hayot, one of the largest family businesses in France), who have kept the brand, heritage and plantation intact and functioning and modernized. The company gained the AOC designation in 1996.

Agricoles, of course, even the aged ones, trend towards a certain clarity and lightness to them…one might even say sprightly. The nose on the Homère Cuvée broke no new ground, while still being quite delicious to sniff. It presented a tasty mix of the tartness of freshly pressed apple juice (almost cider-like), and softer tastes of under-ripe apricots, freshly sliced.  Some vague grassy hints wafted around, very much in the background, and after a few minutes traces of nuts and yellow mangoes and a little leather and waxy stuff rounded things out.  It was quite soft and smooth, with very little sting or bite to it.

The golden rum was equally gentle to taste, providing very little aggressiveness even at 44% (unless it was just me and my palate being fireproofed by stronger drinks).  The feel on the tongue was quite pleasant, gentle and easy-going to a fault.  It started out smooth and then morphed to something drier over time. Sharper tastes of lemon dueled it out with more apples, mint-leaves and green grass, some brine and dates, all of which came together really well, with additional breakfast spices, cinnamon and hazelnuts being in evidence…even some chocolate.  I found it, in fact, to be somewhat similar to the XO (they were side by side, so I tasted them both simultaneously, one to inform the other), just not quite as good.  Still, even after all those tastes, there was still some faint traces of leather and smoke to round things out, and while I won’t swear to a tinge of molasses in there, it certainly felt like it. The fade was sweet and aromatic, smooth and warm, pretty short, some wood, leather, chocolate and citrus ending the experience.

There’s enough good stuff trapped in the bottle to please, even satisfy, just insufficient excitement to make it a ultra-remarkable drink that would score higher. Of course, chosing which vintages to blend into a rhum like this presents its own difficulties to the makers, and I’d never say it was bad rhum: my feeling is simply that the Cuvée had more modest goals than the rather more impressive XO, and aimed no higher.  Did I like it?  Yes.  Enjoy it?  Surely. It’s a really well-made AOC rhum for those who like agricoles and displays the hallmarks of time and care and blending expertise.  So when I say you won’t feel short-changed by the Cuvée, that’s entirely true…what you won’t be is seriously challenged.  Still, just because it doesn’t rise to the heights of its predecessor is no reason to dismiss it out of hand. It’s a worthy addition to the brand.