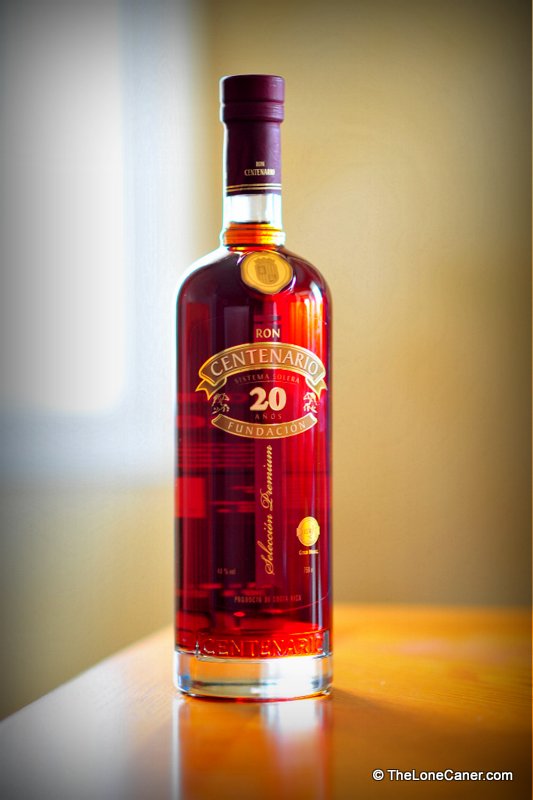 If rums were animals, this would be a faithful, doe-eyed spaniel with slippers in his mouth, who only wants to express his adoration of Master.

The Costa Rican Ron Centenario “Fundacion” solera rum is a poster child for rums which could easily be a bit more torqued up, and become better. Right now, this quietly excellent solera is cuddly, a bit pudgy, and is like soft velvet on the tongue – I think it could just as effortlessly go on a Charles Atlas program and beef itself up to something a lot more interesting, good as it is in its current iteration. I make this comment, of course, after having sampled the darkly dour Bristol Spirits Port Mourant 1980 51%, which addressed all such issues and pleased me more…but should that be enough to make me smack down the Centenario? Not at all. For a solera, for a 40% rum, there’s little to complain about here. It’s just a different kind of rum than the aforementioned beefcake, and takes its place comfortably in the ranks of the perhaps better-known soleras, like the Rum Nation Solera 15, the Cartavio XO, or maybe the Dictador 20.

The Ron Centenario is part of the family of rums from Costa Rica that seems to like breeding cautious 35% underproofs such as the Legado and others in the line, with which I was unimpressed, sorry. Here they must have realized that what with soleras tending to be sweeter, more full bodied and softer, bottling it that weakly was a dangerous indulgence, and dialled it up a notch. As with the Legado, appearance was impressive in and of itself, spartan box, zen like long bottle, well etched and simply stated, showing a dark mahogany and ruby red drink reposing within. That red colouring of box and rum is sure to catch your eye in any shop you’re lucky enough to find it. 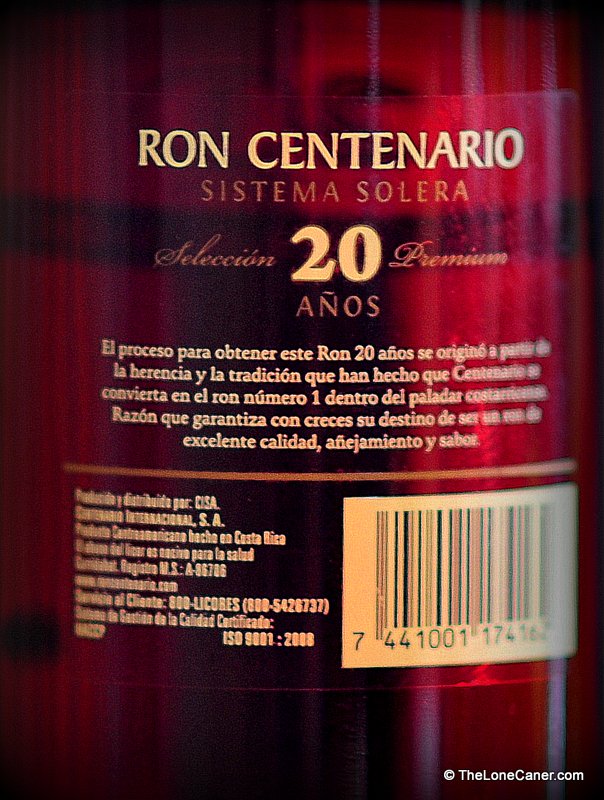 As with many other soleras, there was a soft pungency to the nose, yet remarkably little fruitiness one would expect. Some molasses and overripe pineapples brushed against each other, laced with a faint licorice, cinnamon and coffee. Smooth and rich and very pleasant – no aggressiveness or brutality here at all, this was certainly not the kind of rum that wanted to maul your schnozz.

As for the palate, wow. Very pleasant indeed. A lot of one’s final opinion would, I think, depend under what circumstances one would drink such a rum – my own take would be after dinner, not before, or even as a sundowner to be had without haste or urgency. It’s thick and sweet (though not too much so – the Fundacion has a really good balance on that score) and in its own way, even a little heavy. The olfactory pungency carried over well into the taste, being redolent of aromatic pipe tobacco, some smokiness, anise and blackberries, with that pineapple taste being just barely held at bay but lending some of its sweetness to the overall profile. And it segues into a gentle, warm finish, quite long lasting, flowering into final memories of orange peel, caramel, walnuts and a kind of creamy butteriness. Overall, a very impressive product – as I said, warm and cuddly and loving…and therefore, it must be said, perhaps a mite unchallenging if your tastes run to somewhat more assertive and complex drinks. A Doberman this is not, by any stretch. 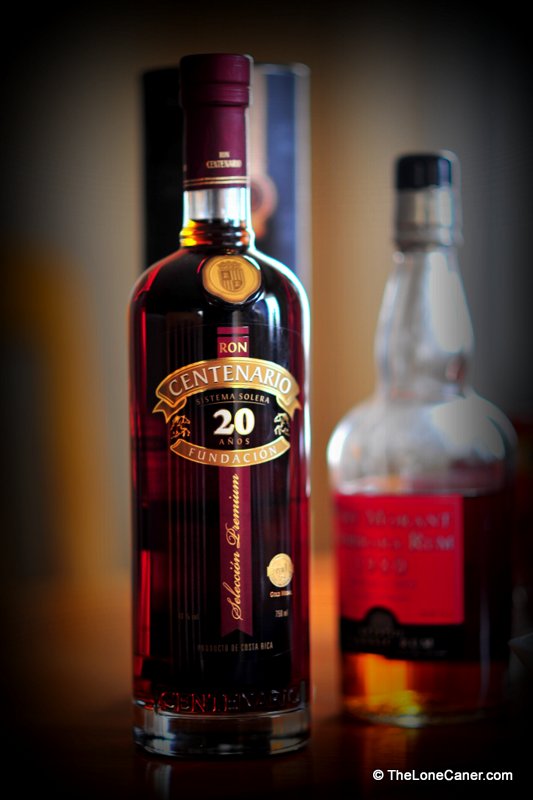 You’re going to look long and far to find a review of this rum that isn’t contained within the marketing materials and write ups of online shops (mostly, it should be noted, in Europe, with almost all that I could find actually being in Germany). I don’t get that. The Centenario is a sterling solera product, noses well, tastes excellent, finishes without bombast. It’s well known, won prizes, and an all-round good product. Why it would not be either reviewed or sold in quantity in North America confuses me. My recommendation is to disregard the lower-proofed 35% offerings further down the line of Centenario’s food chain, and get this one if you can. It may not be sold with the box (or so Stuart told me when he passed it on), but who cares? – as a rum, as a solera, as a well made addition to your shelf, it’s worth the money to acquire a soft sipping spirit that has zero ego and only seeks to please.