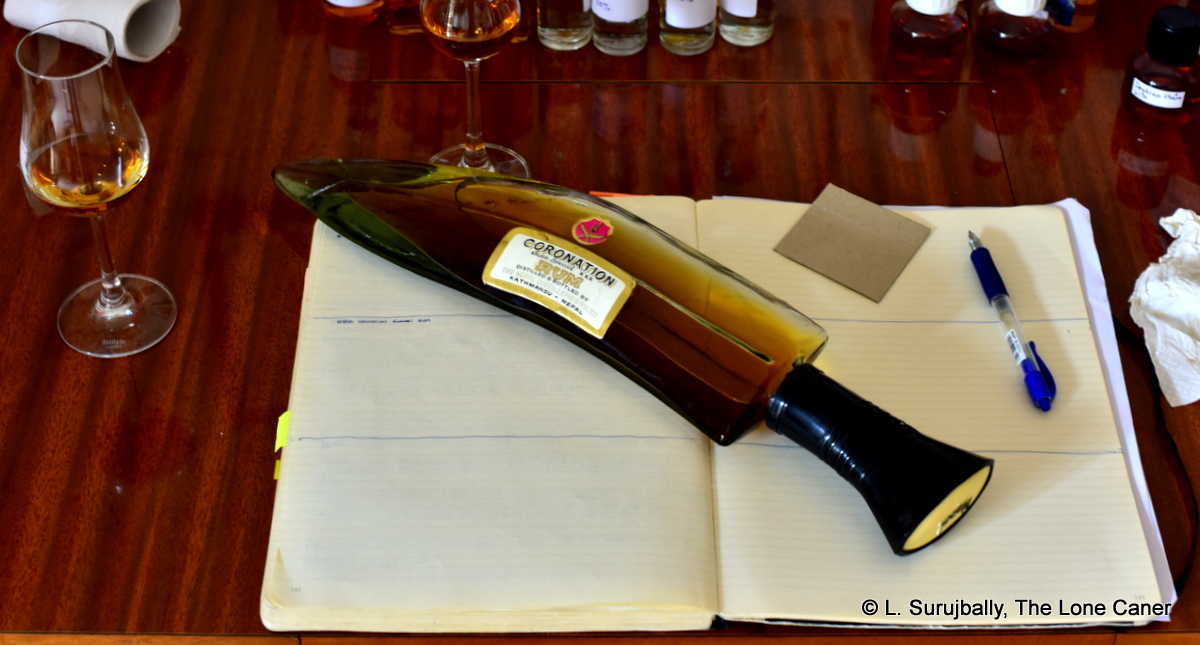 The question of whether it has been added to arises immediately upon nosing it. I wouldn’t dismiss it out of hand by saying it’s “simple” – but there are just a few strong flavour-types coiling around: chocolate, caramel, coffee grounds, bananas and molasses, some baking spices, tobacco, and lots of prunes and dark ripe cherries. The whole aroma is quite thick and sweet with very little balance of lighter or acidic notes.

Ditto for the taste. It says it’s 42.8% on the label but my hydrometer tested the rum as 34.58% (so ~31 g/L of something has been added), and it comes as no surprise, then, that when rubbing it between thumb and forefinger it feels sticky, and when sipped, it’s overly sweet. Again, chocolate, molasses, caramel, overripe fruits and tobacco, plus a hint of red wine and flowers, not enough to matter, really. The finish is ultimately not really interesting: soft, unexceptional, sweet, fruity and musky and no, several sips make no appreciable difference. 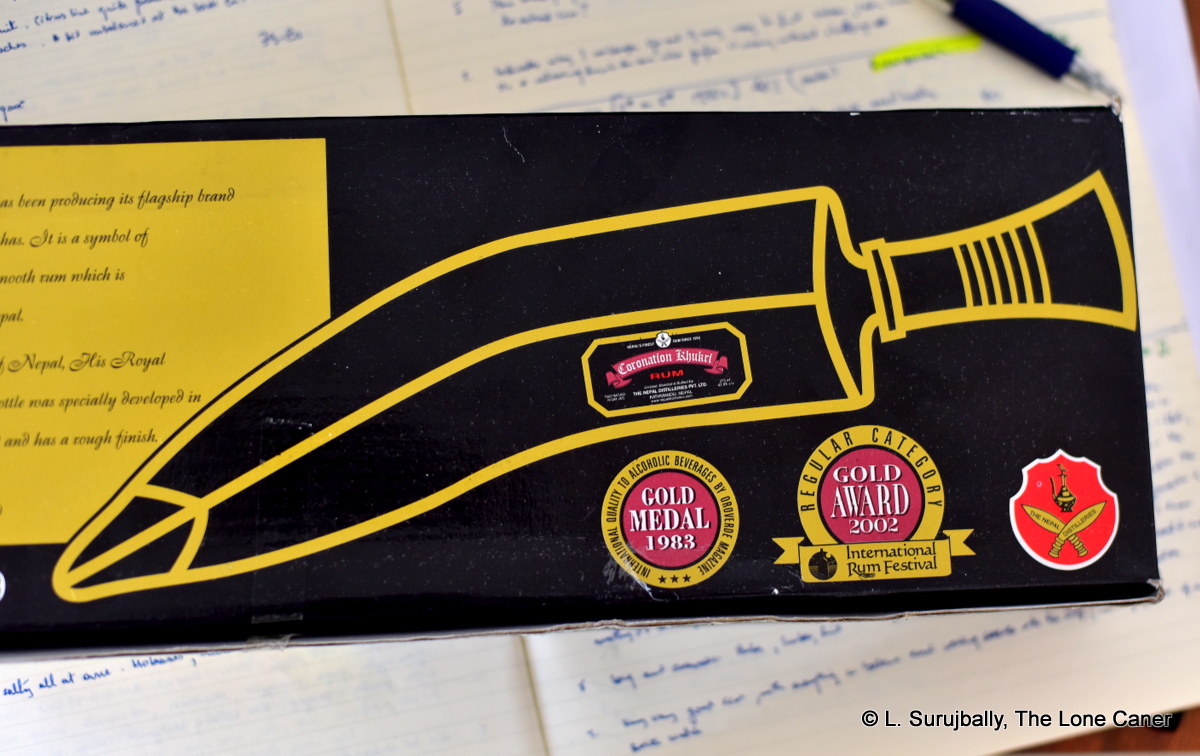 The Coronation is firm enough, just not interesting enough, and it’s just too sweet (even for me). While I completely accept that the rum was not made for the modern palate or — initially — to appeal to any but its regional audience where sweeter rums are much more common (India’s and Thailand’s rums are examples of what pleases), the fact is that it is unlikely to catch on outside its area of origin. This is something I suspect the company knows, because in 2018 they relaunched the brand around Asia, marketing both its historical cachet and its cocktail potential to the bar crowd.

Too bad what’s inside doesn’t quite come to the level of its presentation, which is a near-complete victory of style over substance. Some will buy it for that purpose alone – hell, I’m one of them, though perhaps I can weasel out of it by claiming writer’s privilege – and for sure it’ll be a great conversation starter and a cool-looking bottle to trot out at party time. Sometimes, I guess that’s all we can ask for in a rum, and in this case, that’s almost all we’re getting.