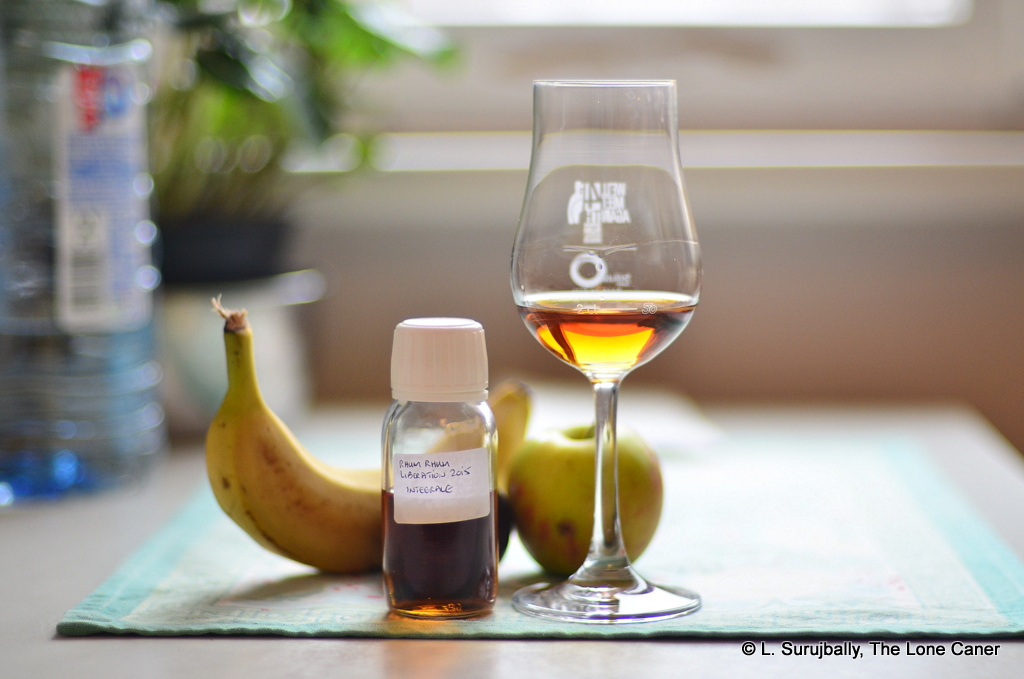 Not quite as good as the 2012…but damned close

One of the genuine pleasures to be had in the field of rum reviews is the unstinting, generous assistance given by members of the subculture.  After I wrote about the Rhum Rhum Liberation 2010, Liberation 2012 and the amazing 2012 Integrale, a reader from Holland contacted me and offered to send along a sample of the 2015 Integrale, for no other reason than because he wanted to see how it stacked up against the others…and to my great good fortune, it arrived while I was still in Germany, and I was able to run all four past each other for a good comparative session.  So big hat tip and many thanks to Eddie K., and may his rum shelf never be empty of the good stuff.

Just to recap the basics for those who don’t want to wade through the other three reviews: all these Libération rhums stem from Bielle on Marie-Galante (Guadeloupe), and are part of a collaboration between Gianni Capovilla and Luca Gargano; cane juice derived, double distilled in small copper stills designed by Mr. Capovilla (built by Muller out of Germany), aged around six years in Sauternes white oak casks.  Need I say that there were no additives or filtrations of any kind here?  Probably not. Also – 2015 is the date of bottling, not the date of distillation (it was ‘liberated’ get it?) 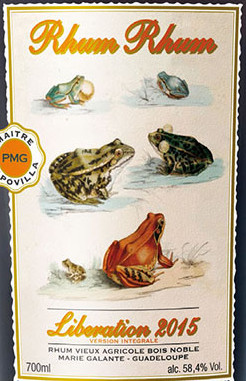 Tasting such a delectable rhum in tandem with its brothers really allows the profile to be taken apart in a way a more casual tasting probably wouldn’t.  Certainly it reaffirmed my initially high opinion of the 2012 Integrale, but you know, this 2015 version bottled at 58.4% ABV wasn’t half bad either.  Consider first the nose, which playfully started the party with light grassy notes and some rubber, as quickly gone as a strumpet’s smile. Then tree sap, some sweet-and-sour teriyaki sauce, a bit of brine, and then the caramel, burnt sugar, cheesecake, bananas and cherries were given their moment to shine, in a smell that was clear and clean and very crisp, nicely leavened by a creaminess which provided a rounded nose I quite liked.

And I savoured the taste of this thing – it was good and solid, hot and punchy, in a good way, with gradually unfolding flavours of flowers and vanillas plus honey (what is it with the Guadeloupe agricoles and that light honey taste?  It’s great). After opening up and with some water, I tasted chocolate, coffee, spices like cinnamon and cardamon, maybe nutmeg.  There was some vague bitterness of oak to be sensed, a slight imbalance, fortunately brief and soon supplanted by the tartness of apples and cider and brine.  Overall, very well rounded and remarkably drinkable, which is one reason that sample is now gone.  As for the fade, it was long, crisp, briny — no vagueness of tastes, none of that inconclusive mashed-up-porridge of a lesser rhum, but bright and clear, with black tea, more honey, fudge and a sprig of mint and a lovely tart fruitiness that resisted my attempts to pin it down.

It was close to the 2012 Libération for sure, maybe even a bit better…and if, as noted above, it wasn’t quite up to the level of the 2012 Integrale, I didn’t feel cheated or let down, since I have a feeling that such remarkable rhums are occasional visitors to our planet rather than regular inhabitants.  And in any case, the 2015 Integrale is a damned fine rhum by any standard, with many strong points and a very few weak ones, which any lover of agricoles would be glad to have. It’s good to see that in an era of commercial sameness by far too many old houses, it’s still possible to find some that don’t let anything like restraint or commonsense stand in their way, and just go ahead and push all their skill and art into making something that’s really very, very good.  When they were done with this one, I can almost imagine them standing around holding their tasting glasses, and all of them with silly grins of appreciation on their faces.  Much like mine, now that I think about it.