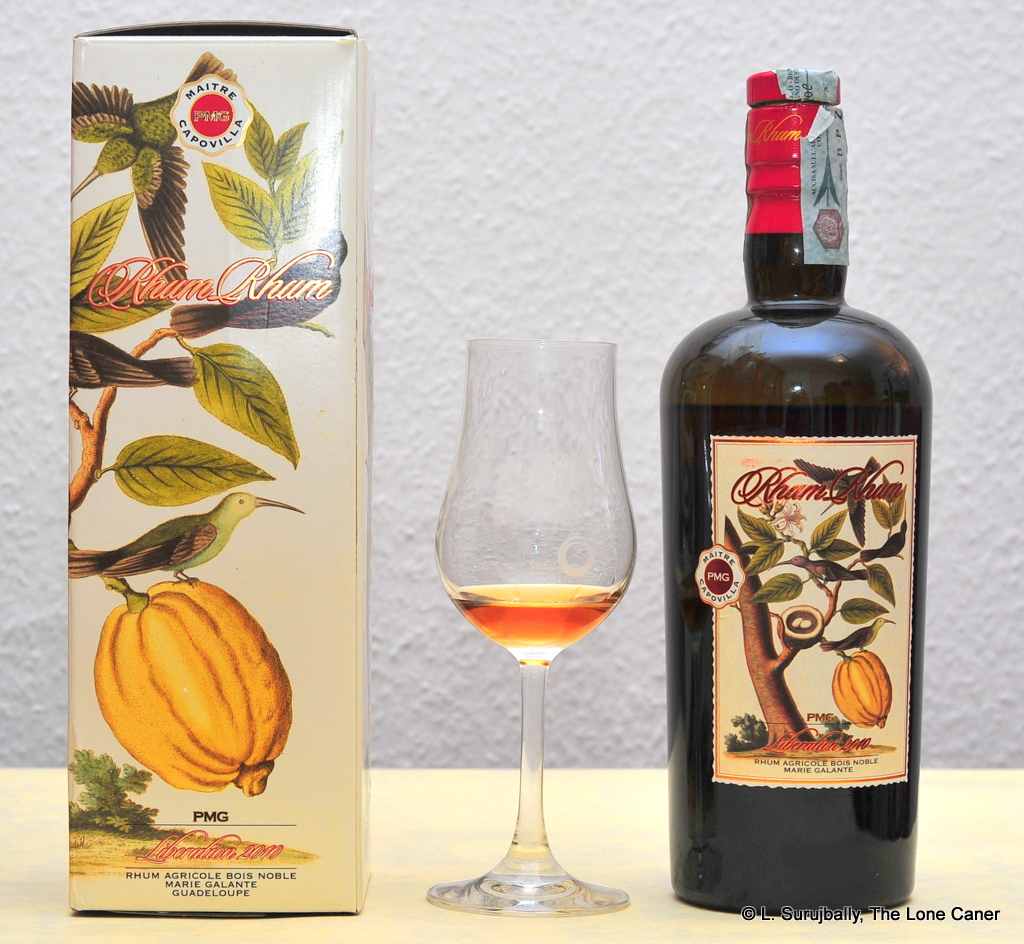 When trying many rums of similar antecedents – year, maker, style – what we are doing is examining all the ways they are similar, or not. The underlying structure is always the same, and we search for points of difference, positive or negative, much in the way we review wines, or James Bond movies.  Velier’s own Caronis and Demeraras are examples of this, as is this collaboration with Gianni Capovilla from Bielle on Marie Galante (Guadeloupe). Some reviewers take this to the extremes of delving into the minutiae of single-barrel rums issued in the same year by different independent bottlers, assessing the various barrels from, say, 1988, but I lack this kind of laser-focus, and it’s good enough for me to pick up a few bottles from a given outfit, and see if any general conclusions can be drawn from them. 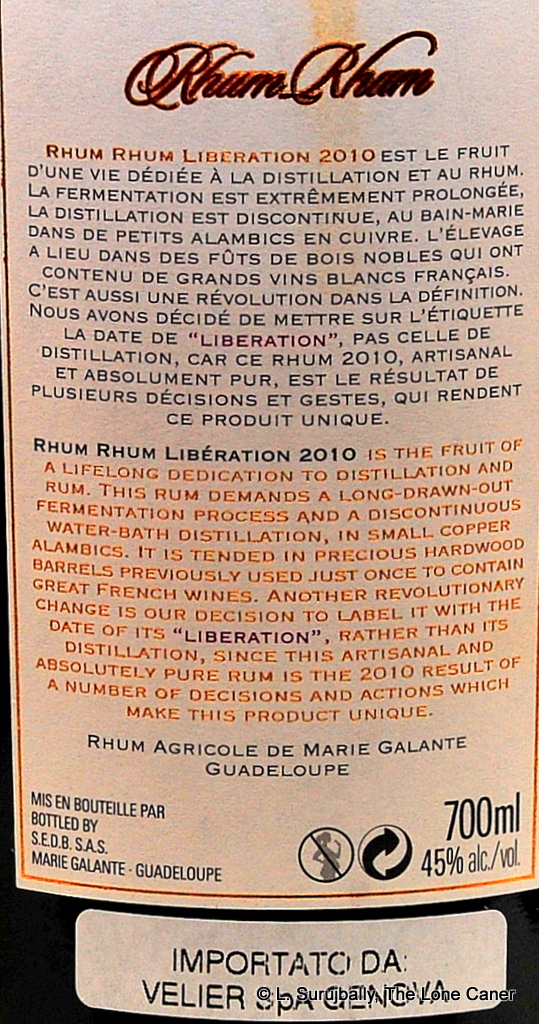 The basic facts are clear enough for the Liberation: one of the first (if not the first) double-distilled rhum to roll off the line of the new distillery next to Bielle which began its operation around mid 2007, aged a smidgen under three years, bottled at a robust 45% (note that the 2012 editions were 45% for the standard 2012 and 59.8% for the Integrale), coloured a dark orange-gold.  The labelling continues – or originates – the practice of showing the picture of an animal utterly unrelated to rum, which I have been informed is a suggested meal pairing if one was to have the two together (but about which, here, I have my doubts).

The nose was quite nice, with all the subtle complexity and depth I had been led to expect from the Rhum Rhum line. Dusty, dry, some citrus peel (orange), watermelon, even some grass.  It smelled clear and smooth and clean, with just a hint of pot still lurking grumblingly in the background but staying firmly there.  Like with the others, waiting for it to open up rewards the patient, eventually giving up further notes of some light caramel, coconut shavings and brine, all integrating quite well.

The palate evinced a discombobulated richness that indicates the evolution these rhums continue to go through, and which suggests a product profile still not firmly fixed in the maker’s mind.  It was like a cross between a crisp white agricole and a finished whisky (perhaps a Glendronach, what with their sherry finishes), to the benefit of neither.  There were perfumed aromas and tastes of frangipani and hibiscus, which barely missed being cloying; coconut shavings, some brine and olives (though the rhum was not tequila-ish in the slightest), more vegetals and wet grasses, but little of that delicate sugar water sweetness which I sensed in the nose (or vanilla, or caramel).  To say that I was nonplussed might be understating the matter – I’m no stranger to divergent noses and palates, but usually the latter is more demonstrative, more emphatic than the former….here the reverse was the case.  Still, it finished well, being nice and long and aromatic – the florals dialled themselves down, there was a lesser briny note here, and the vanilla and faint caramel were delicately evident once again, accompanied by a very nice touch of honey.  So it was a very nice sipping-quality rum, just outdone by its peers from later years.

Earlier I mentioned points of difference.  I thought this rhum had a better opening nose than the 2012, but was a little thinner on the palate, was slightly less rich, less enjoyably complex.  Honestly, there’s little major difference between the two (though the Integrale exceeds them both)…yet if I were to chose I think the 2012 has my vote, not this one.  Here Signores Capovilla and Gargano were still in the experimental phase, maybe, still testing the variations and developing the overall philosophy of the line.  I’ve heard the 2015 is not on the level of the 2012, and the 2010 isn’t quite there.  So far, then, the 2012 editions seem to be the markers of the brand, and Integrale is still the one to buy. 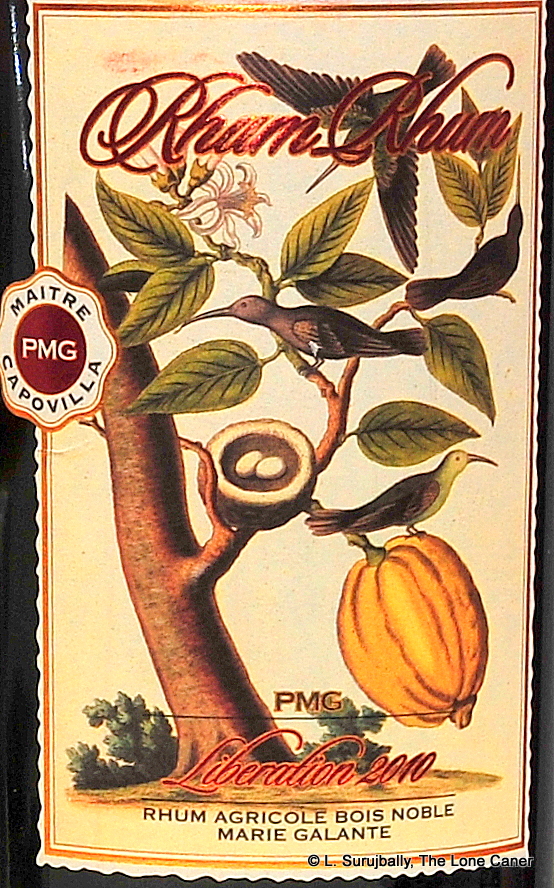