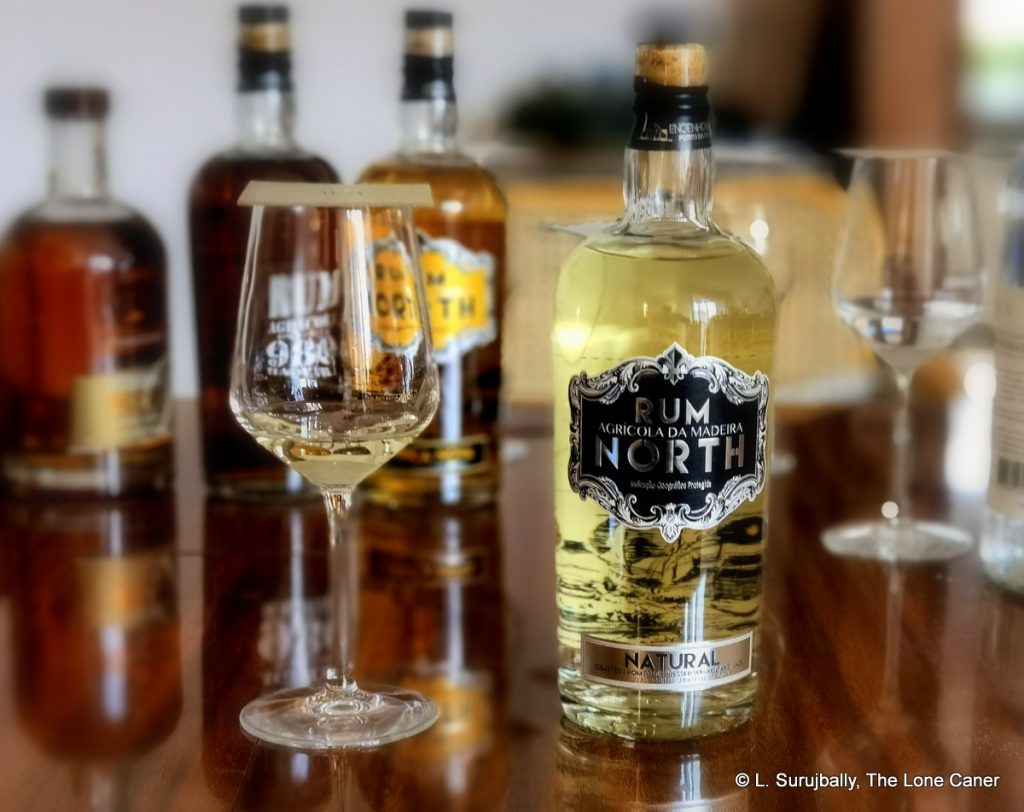 So here we are again with another rum agricola from Engenhos do Norte, the biggest distillery in Madeira, and another in their line of starter rums from cane juice, column stills and bottled at an inoffensive 40%.  These are rums that any cask strength aficionado would be well advised to try neat and first thing in the session, because they have, so far, proved to be relatively light and are easily shredded by the addition of water, a mix or the slightest hint of harsh language.  Say “damn!” in front of the “Natural”, and it’ll vanish in a puff of offended vapour.

Of course, rums like this are not made for such people, but for the larger masses of easy rum drinkers who like the spirit, enjoy a decent mix,  but can’t name and don’t care about the varieties, know three basic cocktails, and don’t feel they should be assaulted by every variation that crosses their path.  For this segment of the drinking population “it tastes good” is recommendation enough. 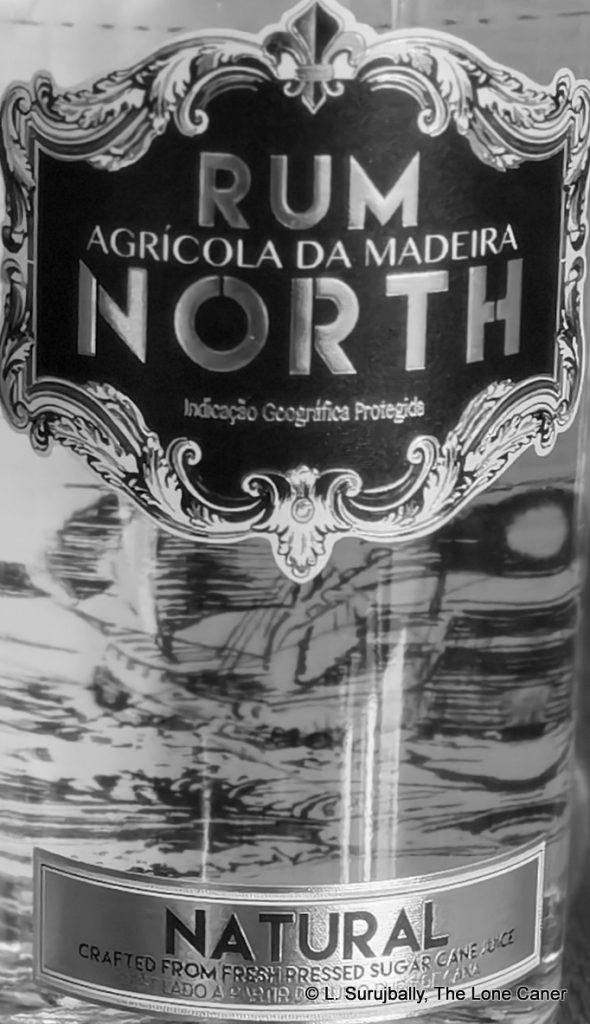 By that standard this rum both succeed and fails. It has, for example, a really impressive nose, the best of this line I’ve yet come across. It is in its characteristics, almost clairin-like, although gentler, and softer, and slightly sweeter, less inclined to damage your face. It’s redolent of brine and olives, and feels hefty, almost muscular, when inhaled. There’s iodine and s slight fish market reek (well controlled, to be sure – it’s hesitant, even shy).  After a while some more vegetal and grassy notes begin to emerge, a kind of delicate yet firm green lemony scent that’s quite pleasing and hearkens to the rum’s cane juice roots (though one can be forgiven for wondering why it didn’t lead with that instead of making us wait this long to become a thing).

Anyway, the palate: initially salty and briny, with the low strength preventing it from entering bitchslap territory and keeping itself very much in “we’re not here to make a fuss” mode.  It’s pleasingly dry, nicely sweet and quite clear, and has a taste of gingersnap cookies and raisins, but the cane juice action we sensed at the tail end of the nose is AWOL again. It feels rather flattened and tamped down somehow and this is to its detriment. With a drop of water (not that it’s needed), additional wispy hints of sweet pears, guavas, papaya and watermelon are (barely) noticeable, and there’s a slight gaminess pervading at the back end…which is enough to make it interesting without actually delivering more than what the nose had grudgingly promised. Finish is demure, light, clear, delicately sweet and grassy and quite clean. Some vanilla cinnamon, light honey, with maybe a squirt or two of lemon juice…and you have to really strain to get even that much. 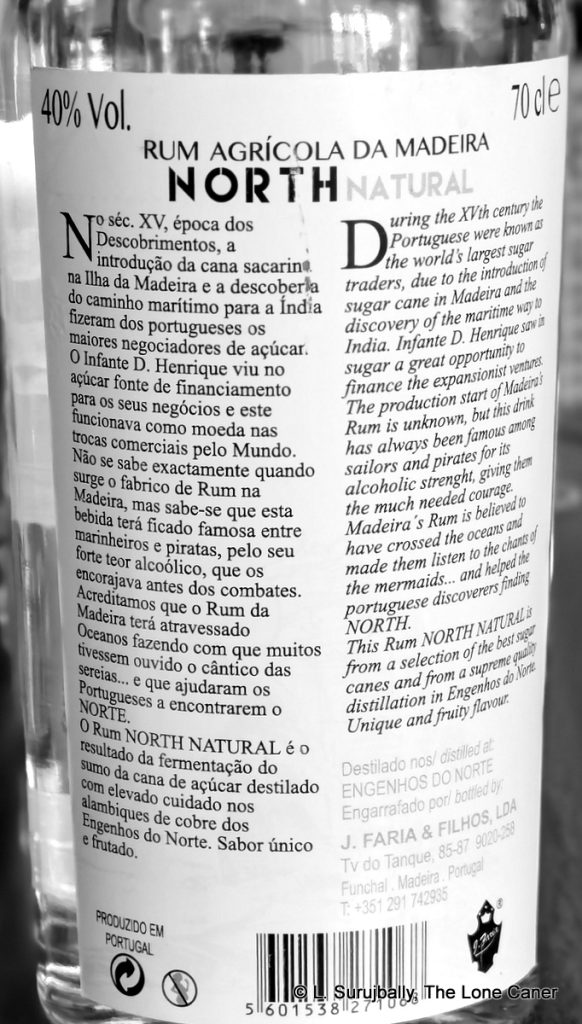 Engenhos have said in a video interview that their proximity to the sea gives their rums a unique and individual taste, but of course any island in the Caribbean can make that claim, and they don’t have a clear line of distinctiveness, so no, I don’t really buy that.  They have something in their production process that’s different, that’s all, and it comes out in a profile that’s simply not as exciting as others in the West Indies who do more to make their rums express an individualistic island terroire.

This is what I mean when I said the rum both succeeds and fails.  It has some interesting notes to play with, yet refuses to capitalise on them and doesn’t take them far enough. 40% ABV is insufficient for them to really come out and make a statement for Madeira: a few more proof points are needed. And what one gets in the glass is not different enough from, or better than, a standard French Island agricole to excite the drinking audience into new allegiances in their drinks.  And speaking of the audience: it’s a long standing article of faith that the greater mass of rum drinkers and buyers mostly buy rums that are “okay”, without seeking to extend their experiences — but what this obscures is the fact that most people are innately conservative and don’t switch favoured drinks and brands easily or even willingly, without a good reason. The “Natural” does not provide enough of such a reason to switch up one’s familiar agricoles.  It has potential – but so far it remains unrealized.