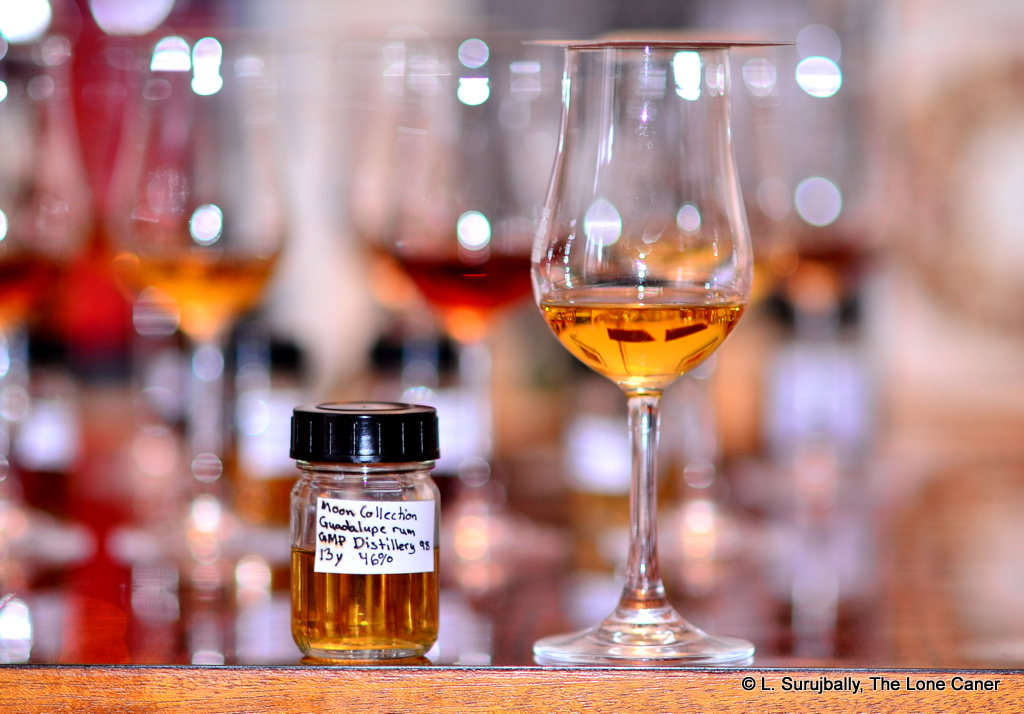 The rum starts slowly.  I don’t get much at the inception. Bananas, ripe; pineapples, oversweet; papayas, dark cherries, nice….and a touch of beetroot, odd. Not my thing, this rather thin series of tastes — it develops too lethargically, is too dim, lacks punch. I wait ten minutes more to make sure I’m not overreacting…perhaps there’s more? Well, yes and no. These aromas fade somewhat, to be replaced by something sprightly and sparkling – fanta, sprite, red grapefruit, lemon zest – but overall the integration is poor, and doesn’t meld well and remains too lazily easygoing, like some kind of clever class wiseass who couldn’t be bothered.

Palate is good, I like that, though perhaps a few extra points of strength would have been in order (my opinion – your own mileage will vary).  Still, it’s tasty – vanilla, green peas, pears, cucumbers, watermelon, sapodilla and kiwi fruits, grapes.  Low key, almost delicate, but well assembled, tasting nice and clean, a sipper’s delight for those who like reasonably complex faux-agricoles that are light and crisp and not dour, heavy brontosaurii of flavour that batten the glottis flat. The finish wraps things up with a flourish, and if short, it at least displays a lightly sweet and fruity melange that describes the overall profile well.

The distillery of origin of this Moon Imports’ 1998 Guadeloupe rum (from their “Moon Collection”) is something of a mystery, since the “GMP” in the title does not fit any descriptor with which I am familiar. It could possibly be Gardel, which Renegade quoted as a source with their 11 YO 1998 rum, also released at 46%…but Gardel supposedly shut down in 1992, and afterwards Damoiseau / Bellevue was said to have used the name for some limited 1998 releases.  But it remains unclear and unproven, and so for the moment we have to leave that as an unresolved issue, which I’ll update when better info comes in. 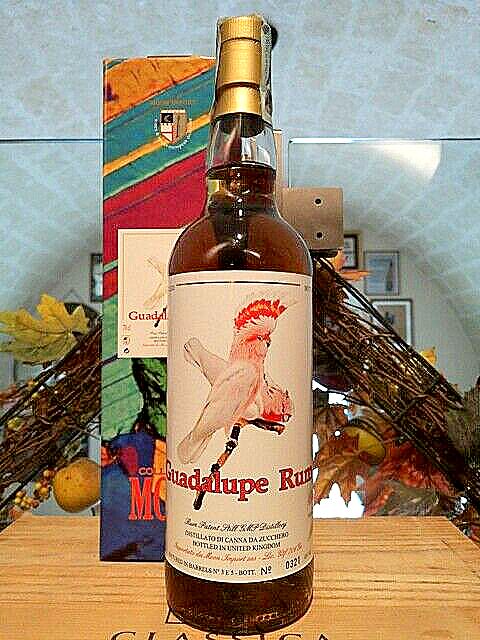 (Photo taken from eBay; note that many Bellevue releases from Moon Import have almost exactly the same design)

Slightly more is known about Moon Import, the Italian company from Genoa that released it. Its origins dating back to 1980 when an entrepreneur named Pepi Mongiardino founded the company: he had worked for Pernod, Ballantine’s and Milton Duff in the 1970s, tasting and testing high end single malts. When that business took a downturn, he took some opportune advice from Sylvano Samaroli on how to set up a business of his own, and used a reference book to check which whiskies were not yet imported to Italy.  He cold-called those, leading to his landing the contract to import Bruichladdich. Initial focus was (unsurprisingly) whiskies — however it soon branched out from there into many other spirits, including rum, which came on the scene around 1990, and it followed the tried and true path of the independent bottler, sourcing barrels from brokers (like Scheer) and ageing them in Scotland. Label design was often done by Pepi himself, popularizing the concept of consistent individual designs for “ranges” that others subsequently latched on to, and from the beginning he eschewed 40% ABV in favour of something higher, though he avoided the full proof cask strength rum-strength model Velier later made widespread.

That all out of the way, the core statistics of this rum are that it was column distilled in 1998 (but not in or by Gardel); probably from molasses as the word agricole is nowhere mentioned and Guadeloupe does use that source material in the off-season; aged in Scotland for twelve years and released in 2010, at a comfortable strength of 46% ABV. Like Samaroli and Mark Reynier at the old Renegade outfit, Mongiardino feels this strength preserves the suppleness of the spirit and the development of a middling age profile, while balancing it off against excessive fierceness when drunk.

By the standards of its time and his philosophy, I’d say he was spot on.  That does not, however, make it a complete success in this time, or acceptable for all current palates, which seem to prefer something more aggressive, stronger, something more distinct, in order to garner huge accolades and higher scores. It’s a rum that opens slowly, easily — even lazily — and gives the impression of being “nothing in particular” at the inception.  It develops well, but never really coalesces into a complete package where everything works.  That makes it a rum I can enjoy sipping (up to a point), and is a good mid-range indie I just can’t endorse completely.