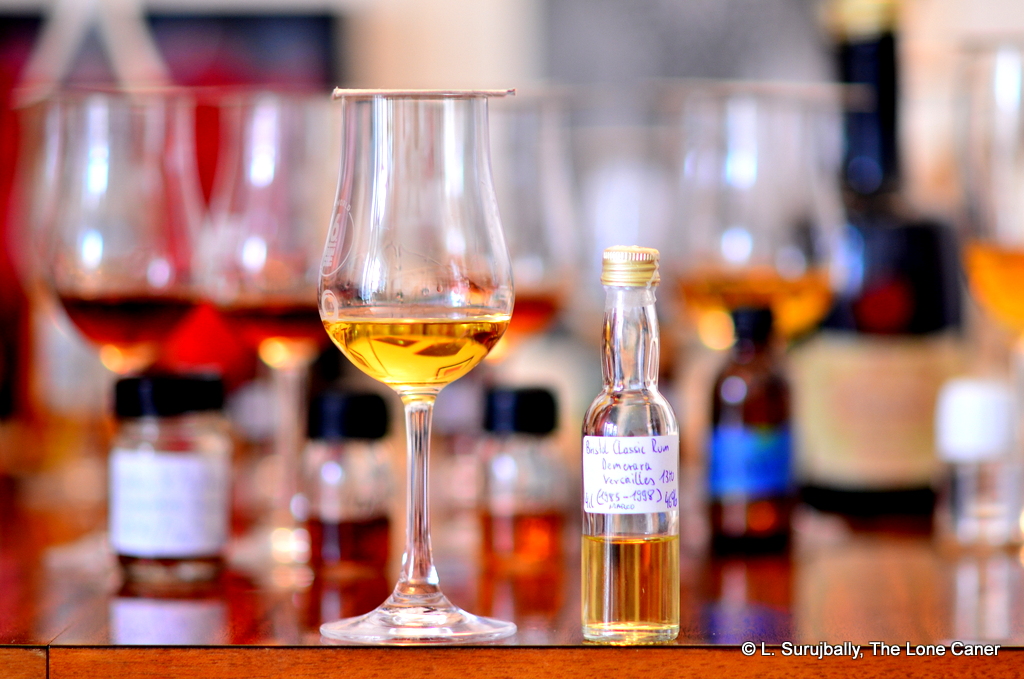 If one rates popularity or the reach of a brand by how many joyful fanboys post pictures of their latest acquisition on social media and chirp how lucky they are to have gotten it, surely Velier’s oeuvre leads the pack, followed by Foursquare, and after them come trotting Kraken and Bumbu and maybe an agricole or two from Martinique.  Nowhere in this pantheon (I use the term loosely) is Bristol Spirits to be found – yet, in the late 1990s right up to the mid 2010s, Bristol was releasing some very good juice indeed, including the near legendary 30 year old Port Mourant 1980 and some rums from the 1970s that were just joys to sample.

In fact, so popular were they, that the company even ventured out into blends and spiced rums, like the Caribbean Collection (Trinidad), Mauritius cane juice rhum, Bristol Black and so on. They released rums from Haiti, Mauritius, Peru, Jamaica, Guyana, Trinidad, Cuba, Barbados (Rockley 1986, lovely stuff) and raised the profile of the islands’ rums just as the wave of the rum renaissance was breaking. Not for them the single barrel approach – most of the time they followed Rum Nation’s ethos of mixing several barrels into one release.

Since then, Bristol has fallen somewhat out of favour —  I think Mr. John Barrett may be retiring, if not already withdrawn from the rum scene — and it’s rare to see their bottles for sale outside of an auction, where their prices vary directly with age, from £1800 for a 1974 Demerara to as little as £45 for a 2003 Cuban. This 1985 Versailles was bottled in 1998 at a time when nobody knew a damned thing about the stills, and back then probably sank without a trace – nowadays, it’ll cost you five hundred quid, easy.

The Versailles wooden single pot still is one of the three wooden heritage stills (the Savalle is a fourth but not of wood) now housed at Diamond estate where DDL has its headquarters.  It’s distillate is usually blended with others to produce blends with distinctive profiles, yet for years many bottlers have tried to issue them on their own, with varying results – and it is my contention that it takes real skill to bring the raw untrammelled ferocity of a cask strength wooden pot still hooch to some level of elegance sufficient to create a disturbance in the Force. 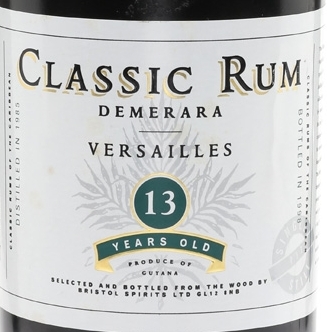 Bristol, I think, came pretty close with this relatively soft 46% Demerara.  The easier strength may have been the right decision because it calmed down what would otherwise have been quite a seriously sharp and even bitter nose.  That nose opened with rubber and plasticine and a hot glue gun smoking away on the freshly sanded wooden workbench.  There were pencil shavings, a trace of oaky bitterness, caramel, toffee, vanilla and slowly a firm series of crisp fruity notes came to the fore: green apples, raisins, grapes, apples, pears, and then a surprisingly delicate herbal touch of thyme, mint, and basil. Marius of Single Cask, who wrote a good evaluation of a number of Versailles 1985 vintages, commented on a marzipan hint, but I didn’t get that at all.

The taste, though, was where I think it really came into its own. It was just lovely: lots of fruit right off – pears, apples, peaches, guavas, kiwi, both ripe and unripe, crisp and fleshy and a contrast in opposites. The herbs remained, though somewhat muted now, and a delicately clear and sharp line of citrus ran in and out of the profile, like a really good dry Riesling punctuated by tart green grapes; and a drop or two of rather unnecessary water revealed a background touch of unsweetened yogurt to balance everything off. Really nice to taste, moving sedately to a finish no less impressive, but acting more or less as a summation of the entire experience, adding just a dry burnt sugar note that was very pleasing.

Overall its a very good Versailles, one of the better ones I’ve tried. Unlike Marius I thought the strength was not a negative but a positive (he felt it was excessively diluted), because otherwise other sharper and less savoury aspects might have taken precedence and upset the fragile balance upon which my personal appreciation of the rum rested.  Nowadays we consider the “low” ABV somewhat wussy, but remember, at that time in the nineties, to release a rum at 46% was  considered recklessly daring – even ten years later, people were still telling Foursquare not to release the ECS Mark I 1998 at more than standard strength.

ABV aside, what I did feel was the barrel didn’t have enough of an effect, overall, and it could have rested for a few more years without harm, and indeed, been even better afterwards. Marco Freyr of Barrel Aged Mind who wrote about the rum himself in 2014 and was the source of the sample, thought that much of the youthful freshness of the original distillate was maintained and could have been aged longer without harm.  But clearly, both he and Marius really liked the thing, as did I. It’s a wonderful expression from the year, and even if there are older Versailles rums out there (like Bristol’s own 1985 22 Year Old which I’d dearly love to sample one day), to try this one from the dawn of rum’s ascent to the heights, when the wooden stills were just rising to prominence and attention, is an experience not to be foregone.