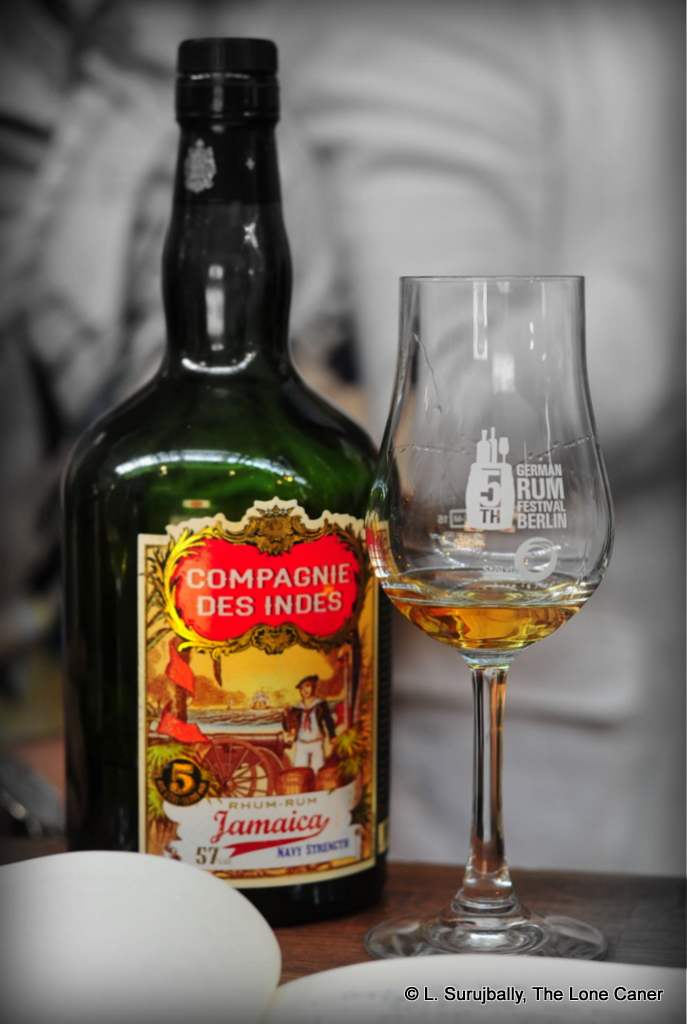 Among the most fiercely aromatic and tasty five year olds around.

Although at the writing of this review, I had no idea which four Jamaican rums comprise the blend of this 57% island beefcake which was distilled in 2010 and bottled in 2015, I was neither good enough nor arrogant enough to guess on the strength of the taste.  So after sending the question to Florent Beuchet, he responded a few weeks later by stating it was Hampden, Monymusk, Worthy Park and one more which, with the same penchant for sly secrecy that informed his Indonesian rum, he declined to name.  Note that this rum is the same as the “regular” Compagnie des Indes’s Jamaican 43% five year old….just stronger.

People who have been following my work for a while will know of my preference for full proof drinks, and while my favour is usually given to Demerara rums from the famous stills, there’s loads of room for Jamaicans as well (and Trinis, and Bajans, and New Asians, and rhums from Guadeloupe and Martinique, and on and on…).  The funky taste can occasionally take some getting used to, but once you’ve got the taste, mon, you really appreciate its difference.

The 57% strength hearkens back to the “100 proof” of the old days, back when a proof spirit was defined as one which was just of sufficient alcohol content to be able to support combustion when a sample of gunpowder was soaked in it.  That was a rough and ready rule of thumb subject to all sorts of inaccuracies, long since supplanted by more technical ways of gauging the alcohol content of a rum.  Yet it has proved to be a curiously long lived term in the rumiverse, and there are a few other other rums that still use the moniker when describing their products (like Rum Nation’s 57% white, for example).  Let’s just consider it a full proof rum and move on, then. 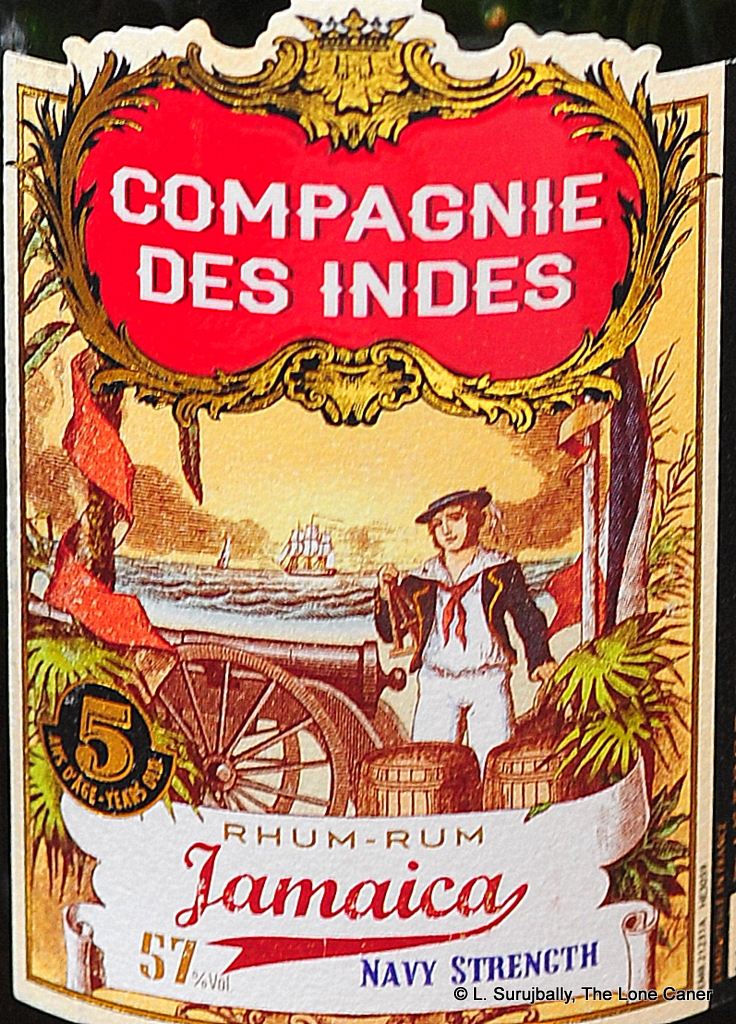 There was no question that this was a Jamaican, once the dark gold liquid was in the glass: the musky herbal funk, the pot still background, the esters, were all there, in spades. Furniture polish, acetone and the pungent turpentine reek of a failed artist’s cleaning rag led out of the gate immediately.  Plus, it was quite heated – sharp, even – as befitted its strength, so no surprises here. It developed nicely into a smorgasbord of licorice, bananas, flowers and fruit which balanced off the fierce and raw initial scents quite well.

The taste was where the rum came into its own.  Man, this was nice: citrus peel, grasses, purple olives (not very salty), gherkins in vinegar were the first sensations developing on the palate.  With some water, the sweet and salt and vaguely sour of a good soya came through, plus a few tart and fleshy fruits just ready to go off onto the bad side, more licorice, and some kind of cough medicine my wife spoons into me (elderberry?).  It was an interesting combo, not at all like the tamed versions Appleton sells with much more success, so here I’d have to suggest it’s made at something of a tangent to more familiar Jamaican rums – I have little to base this on, but I thought “Hampden” for the most part (and thereby being related to CDI’s own Jamaica 2000 14 YO which I liked better, partly because of its focus; or the Renegade 2000 8 YO, also from Hampden).  It was pretty good, with a finish that was reasonably long, hot, pungent and tasty, giving last hints of lime zest, dialled down nail polish, some oak and vanillas, but the final memory that remains is the Jamaican funk, which is as it should be. A very traditional, tasty and well-made rum from that island, I thought.

Aged for five years in oak barrels (I suspect in Europe, not Jamaica…another outstanding question), there is a straightforward simplicity to the assembly I liked. So many entries in this genre — occasionally even those by independent bottlers – fail at the close because the makers feel compelled to overcomplicate matters with fancy blending and extraneous finishes; they mistake cacophony for complexity, or quality.  There is a place for keeping things simple, for navigating a course between too much and too little.  This rum, I felt, managed to chart its way seamlessly between those extremes and is as Jamaican as rice and peas…and as delicious.