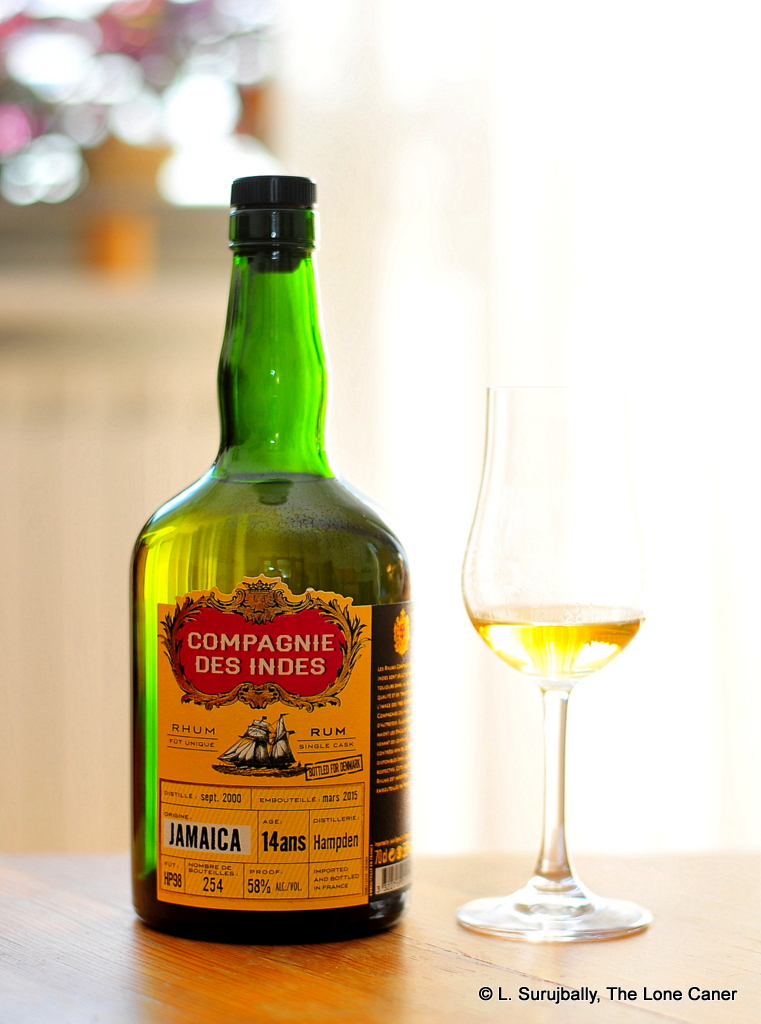 A rum that’s frisk to a fault.

Ever notice how many new Jamaicans are on the market these days?  At one point you’d be lucky to see a few Appleton V/Xs chatting boredly on the shelf with an occasional dusty Coruba, and if your shop was a good one, maybe an indie or two.  For over a decade, few knew better.  Now, it’s not just J. Wray stuff that one can find with some diligent trawling: one can’t go online without banging into rums from Hampden, Monymusk, Worthy Park, Clarendon, Longpond…which is all great. The rum resurgence is a long-established fact (disregard the ill-informed journos constantly harping on the way it is “happening now” every year), but methinks that Jamaica is just building up a major head of steam and there’s lots more and much better to come.

Velier left the island alone, which is somewhat of a shame, really – can you imagine what might have happened if Luca had discovered a Caroni-style warehouse of some of these old distilleries? Few independents outside of Murray McDavid or G&M did much with Jamaican rums – perhaps the style was too different for popular consumption (sailors apparently didn’t care for the Jamaican component of their grog so its percentage in the navy blend kept dropping). One gent who bucked the trend and has been bottling superlative Jamaican rums for ages is Fabio Rossi (his first 1974 Supreme Lord 0 was bottled as far back as 1999 and we all know of the fiery white 57% baby from last year).  And now Mr. Florent Beuchet of the Compagnie des Indes aims to capture some of the glory with this cask strength bad boy, sold exclusively on the Danish market, ‘cause they asked for it, and nobody else in Europe would pay the taxes on something so feral.  The Danes smiled, shrugged, said “Okay da, så tager vi den,”¹ and walked off laughing with the entire output of the barrel for their market, and the rest of us proles have been trying to get some ever since. 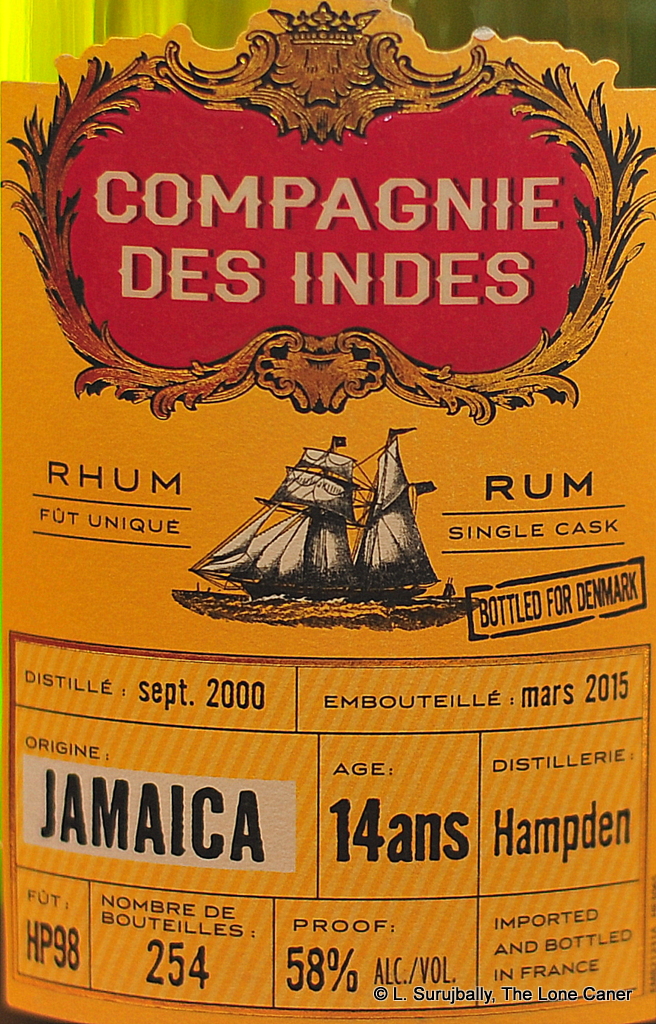 Good for them all.  I love those big bad bold Demeraras (who doesn’t?) yet I have true  affection for the bruisers from Trenchtown as well – in a somewhat more tasteful and restrained way, it’s like they’re channelling the soul of Marley via a dunder pit and a decomposing guitar.  I mean, just smell this 58% amber-gold full proof: esters, funkiness, herbaceous matter and a smorgasbord of rich ripe (almost too ripe) cherries, mangoes, apricots, sapodilla and tart white guavas.  It’s not really that heavy: it presents with a sort of sweet, laid-back clarity and cleanliness that reminded me more of a Spanish style rum having a dust up in the yards with something fiercer and more elemental. But things didn’t stop there: minutes later molasses, vanilla and sugar bedrock emerged upon which rested yet other hints of squished strawberries (I know of no other way to express that), dead grass and some slightly off wine.  Come on, you gotta admire something like this, 58% or no.

In a way that was both disappointment and relief, the twisty flavour bomb settled down after the initial attack of the nose.  It was a medium bodied, clean, almost crisp rum, which is where I suggest Florent’s personal thing about continental ageing usually ends up (similar remarks are jotted down in almost all my notes).  That was both this rum’s strength and its weakness, I thought, because the 58% coupled with that almost-but-not-quite lightness of the labial profile felt perhaps a bit too sharp.  Still, get past it and suck it up, as the Danes would say, and indeed, once I did, the rotting vegetals of dunderous funk (or should I say the funky dunder?) surfaced once more, dialled down, clashing good-naturedly with some winey notes, green olives, rye, leather and a bit of caramel and molasses here and there.  There was no way to confuse this with any Demerara rum ever made, or even an Appleton, and even on the finish there were points of difference from profiles we are more used to: marshmallows, molasses, apricots and brown sugar dominated, but that sly vegetal background still lurked in the background like a thief waiting for another chance to pick the pockets of your tonsils. Whew.  Quite an experience, this. It handily showed any 40% Jamaican the door.

What else do we have? Well, the rum was Hampden stock, the outturn was 254 bottles, and as noted it was made exclusively for Denmark, bottled and released in 2015.  No additives or adulterations of any kind, and for my money it’s a joyous riot of a drink, too badly-behaved to be anything but a whole lot of fun as you either quaff it with your friends or mix it into some kind of killer cocktail that calls for lots and lots of Jamaica sunshine, a spliff or two, and maybe some reggae tunes belting away to help it go down more easy. Not a great rum, but one that’s worth the coin any day.

I don’t know what the Danes are up to, honestly.  Not too long ago they weren’t on anyone’s map of the rum appreciating nations of the world (was anyone, outside of France and the UK and the Caribbean itself?), yet these days they have one of the most active and vibrant communities of rum anywhere, and prices to match.  Daniel’s new company Ekte just started making some waves last year (as if his rum bar didn’t already do that), my rum chums Henrik (of RumCorner reknown) and Gregers call it home, there’s an expanding rum fest, they all tell me it’s pedal to the metal all the way…and now the establishment  commissions a rum like this? Hell, maybe I should move, just so I can get some more.