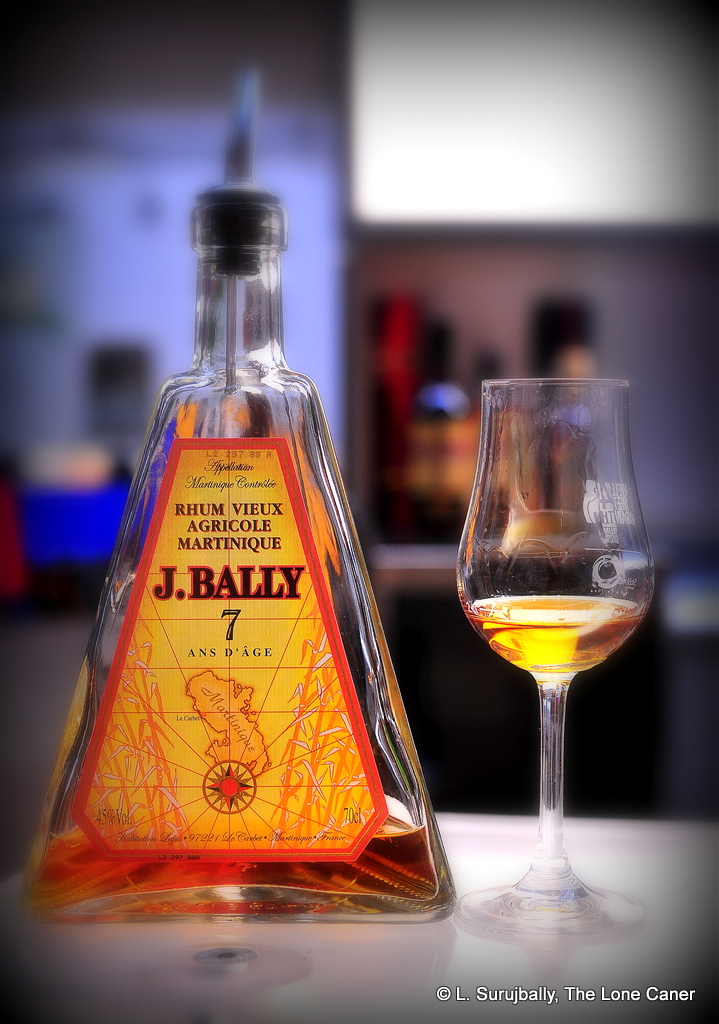 Cool bottle, great product.  Almost the perfect mid-range rhum, not too young to be raw, not too old to be over-pricey, or unavailable.

The zippy, funky young J. Bally Ambrè agricole was an interesting rhum from Martinique, and I enjoyed it, simply feeling it had some growing up to do – which is perhaps natural for a rhum aged less than five years. The Vieux 7 year old certainly addressed many of these concerns, and was a better rhum in almost every way.  Ageing may not always confer quality  (neither does price) I’ve heard it said, but I think the person who tries these two side by side would agree that the 7 is a step up the ladder of value.

The rhum came in an enclosure that had all the panache of Mocambo’s Pistola, Nepal’s Kukhri, R.L Seale’s 10 year old or Don Omario’s star-shape, and seemed to reiterate J. Bally’s desire to be different (the Ambrè did too, remember?) – and I must admit to doing a double take myself when I first saw the pyramid-shaped 700ml bottle, so the effect has certainly not waned with the decades since it was first introduced. There’s a whiff of the nautical to it – in rolling seas, the tall slim bottle of the Clairin Sajous would be over the side in no time, but drunk or sober, storm or calm, this one would remain rock steady, ready for you to reach out from your hammock belowdecks and get your tot.

Anyway, this was a rhum I savoured right alongside its younger brother, and appreciated even more. Goldish brown with reddish tints, it was aromatic right off the bat even from a few feet away on the initial pour.  I immediately sensed soft flowers and cut grass, that herbal sap-like fragrance so characteristic of agricoles, and given the rhum was bottled at 45%, quite warm and easy going…quiet, almost.  No aggro at all.  I swirled my glass a little wondering if it would grow fangs,  develop into something more intense, but no, it remained quite placid. Once I allowed it to sit around for a while, it opened up a shade, and the ageing became more evident, with background of oak and vanillas becoming more prominent, but never quite overtaking the herbaceous primary aromas. 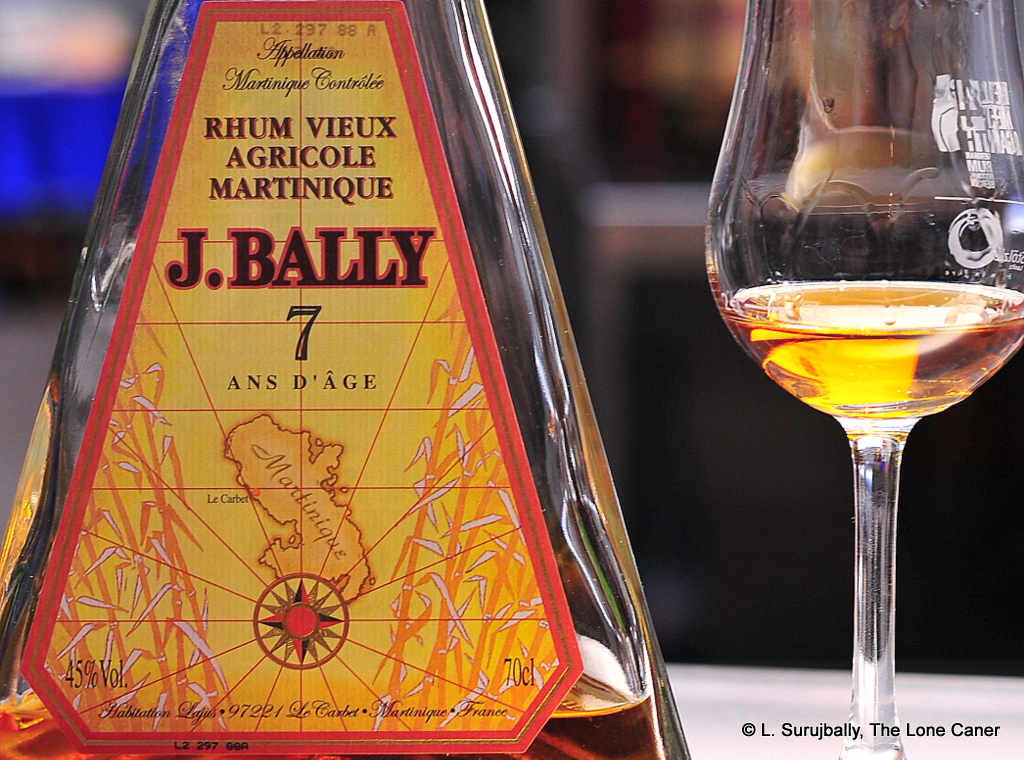 At 45%, it showed great technique – I’ve had forty percenters that were more raw and uncouth; it was an impressively smooth and warm drink, and could be had neat with no issues at all. It was heated and yet clear, even crisp.  Although initially my perceptions were of briny notes alongside cheddar cheese on rye bread, cinnamon, burnt sugar, caramel, white flowers (creamy would not be out of place to describe it), these tastes subsided after a while, giving way to tobacco and vanilla and a faint butterscotch without ever being overwhelmed by them.  Underneath it all was that breezy, grassy layer that melded well with what came before.  And I really enjoyed the fade, long and clean, with lovely closing notes of fresh cut green apples, lemongrass and crushed cane at the factory.  You might not think that works well with the vanilla background imparted by the ageing in oaken casks, but yeah, somehow it does.

So…it’s a quietly impressive rhum that would find favour just about anywhere. With some drinks I have to be careful and state that a person who is just looking to start his rum journey might not appreciate it, or one who prefers his molasses might not like it.  In other cases, the taste might be too raw, too funky, too out-of-left-field, too strong, even too original. Those who possess an A-type personality might prefer something else entirely.  But here, J. Bally have provided a synthesis of all the things that make rum such a wonderful drink, something to appeal to the many without catering to any of them.  There would be few, I believe — fan, starter, boozer, mixer, collector or connoisseur — who would not appreciate this very good all round seven year old rhum from Martinique.

Thank goodness, too, because as soon as you crack the bottle and take your first sip, it’s going to be hard to stop at just a single shot. I sure couldn’t.