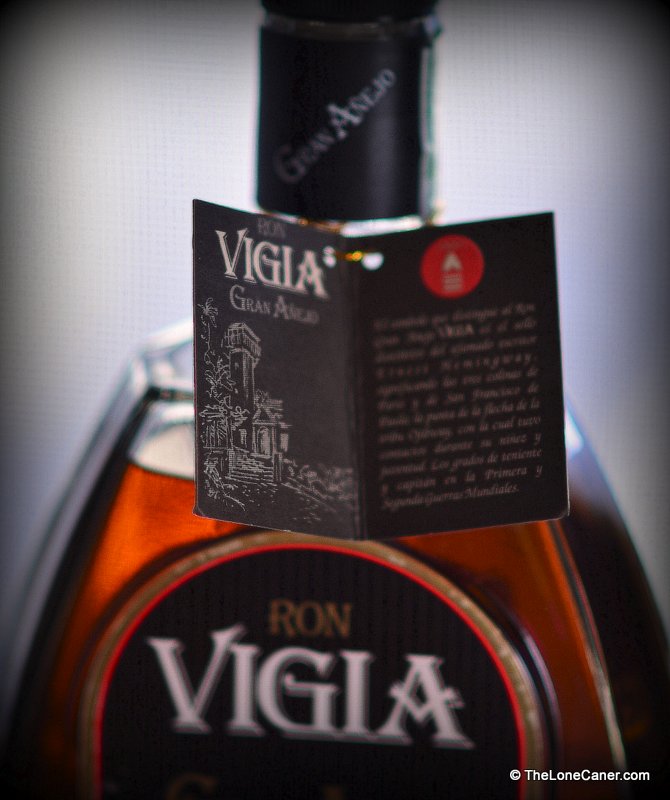 So what to say about this one? Well, first of all, it’s not of a level quite comparable to the sterling 12 year old mentioned above, but it reminded me a lot of another Cuban rum I reviewed some months before, the Ron Palma Mulata de Cuba, which I didn’t care for all that much in spite of its also being aged twelve years. After doing some research, it came as no surprise that the same company made them both – Technoazucar. The company website  barely makes mention of this rum beyond some technical details, which I find an odd omission.

So, the nose was pretty decent, the palate almost as excellent and the finish just meh. The Vigia tasted like a youngish rum (5-7 years, I judged), one to mix in a nice daiquiri perhaps, or that old standby, the Libre. Some of my ambivalence comes from me seeing it as an agricole, not so much a molasses based product, and while I have great admiration for such rums when properly made (such as in the French Caribbean Islands), here it just seems that they wanted to produce a mid-tier rum without too much additional effort, saved their love for more top tier products, and let it go as it was.

Which is strange because it’s better than the Mulata 12 year old even without that extra care and attention. How odd is that?