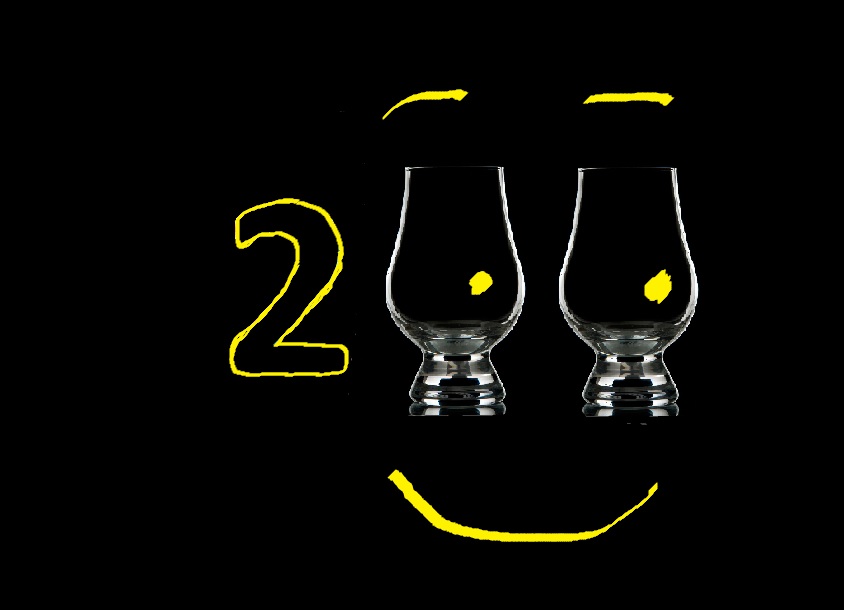 Who would have thought, that when Liquorature first started as a small club in 2009, that the rum reviews portion of its website would split off into its own, let alone ever surpass a hundred reviews? With the review of Rivière du Mât Rhum Vieux Traditionnel Millésime 2004, some three years after passing the 100th write-up and more than five years into it, I have reached the next milestone, the 200th, and I have to admit, it would have been faster if I had not stopped writing for a year when I moved to the Middle East.  It’s not the best in the world by volume (and never will be), yet it still gives me a small sense of accomplishment to have even done this much.

The opening of this site in 2013 was a major shift in the shared review philosophy we had followed on Liquorature.  It was inevitable: like anyone who produces a fair amount of mental product on his own time and with his own dime, I wanted a display case for that and that alone (I’m not much of a community person and don’t do things by committee — the “Lone” in my title is not an accident, and exists on several levels of meaning). The reactions and feedback from our small subculture and miscellaneous passers-by have been generally positive and gratifying, in some cases surprisingly so.  Even when I was on an extended absence in 2013/2014, the hits kept ticking over fairly constantly (if minimally), suggesting that there was a small audience for my eclectic and eccentric writing. I have made no major changes to the site design-wise, except for allowing people to find a rum by name, by maker and by country — I deemed ages, colour categories and styles to be too limiting, if not actually vague, and so stuck with simplicity.

Two developments on the 1st One Hundred which I noted at the time and which continue were the adding of scores and the cessation of accepting, let alone soliciting, industry samples, a policy which I have followed with exactly two exceptions ever since.  I don’t pretend this makes me better than anyone, it simply speaks to my fear of undue influence in the latter case, and (in the former) my desire for calibration and rankings in a collection that is now quite extensive.  Much to my chagrin, I found that descriptions alone didn’t tell the tale of any given rum, and developed a scoring system that worked for me, and which I use to this day. In the coming year, I know I will discard the 0-100 rating with 50 as a median, and move towards a relatively more standardized system whereby 90+ is top end, and an average score will fall around 70-80…I just have to recalculate and recalibrate two hundred reviews to do it, and that’s no small task. (Update March 2015 – I have now rescored and recalibrated all reviews to fall in line with the more accepted 50-100 system)

Also: I still write the same way, still put as much as I feel like into a review, and provide as much information as possible in a one-stop-shopping approach for the reader.  I am in awe of others’ pithy one-liners, and think Serge’s haikus of tasting notes on WhiskyFun are brilliant, but I lack their abilities in this area and must play to my own predispositions and abilities.

As time went on, my palate changed and moved more towards stronger rums.  At the very beginning I decried rums with too much burn and whisky-like profiles.  This approach had to be modified as I tasted more and more and built up a collection I was able to use to cross-taste.  I was already thinking that 40% was too limiting back in 2011, but in 2012 I went to Berlin and bought and tasted the rums of a spectacular company called Velier for the first time, and they convinced me that full-proof, cask strength rums in the 50-65% range, when made right, deserved their own place in the sun.  In 2014 that opinion was solidified at the Berlin RumFest, where so many rums were full proofed that finding a forty percenter was actually not that easy. These days, given my proximity to Europe, that’s most of what I can get anyway, and I’m not unhappy with it.

I also gained a fondness for agricoles and their lighter, cleaner profiles, though they will be unlikely to ever surpass my love for Mudland products, good as they are.  The really good agricoles from the pre-1990s are, alas, very rare and quite pricey. Still, I persevere – aside from Dave Russell’s Rum Gallery, too few reviewers outside France and Italy (L’homme a la Poucette and DuRhum come to mind) really push out or have serious quantities of agricole reviews. So there’s definitely some opportunity to champion them, I think, and who can call themselves rum reviewers and ignore such a wide swathe of product?  Availability might be the problem: Josh Miller from Inu a Kena bemoans his selection in the USA, for example and I know Chip in Edmonton has the same issue.

I started a new and very occasional series called “The Makers” inspired by a conversation the Hippie and I had many years ago, and which I felt had real potential to provide more information to the reader. With whatever information I can glean online and from my books and conversations, I try to put together a biography of the companies that make rums, and (if at all possible) a list of all their products.  To that I added another section called “Opinions” because there are many issues confronting the rum industry and general and bloggers in particular, upon which I at least want to comment.  Still a work in progress.

The one other aspect of the experience of reviewing rum and rhum that has taken off in the last couple of years is the friends I’ve made, the contacts.  To say I have been startled by this development is an understatement because in the first years I worked almost in isolation…but pleased and touched as well. Henrik, Cyril, Marco, Francesco, Luca, Fabio, Curt, Maltmonster, Gregers, Steve, Josh, Chip and all the others… muchas gracias to you all. I get helpful comments, offers to share samples, clarifications, info and all kinds of assist when stuck for a detail or a path forward.  Rum Folks…they’re great guys, honestly.

So here’s looking forward to my next hundred, then.  I know I’m playing a catch-up game with the guys like Serge, Dave and Chip, and it’s not always and only about the numbers.  The important thing is that it remains interesting to me, I like the writing and the research and the back-and-forth…and I still revel the pleasure at discovering a really great rum, previously unknown, about which I can craft an essay that hopefully makes people think about it, appreciate it and maybe laugh a little.

Cheers to all of you who’ve read this far and this long..