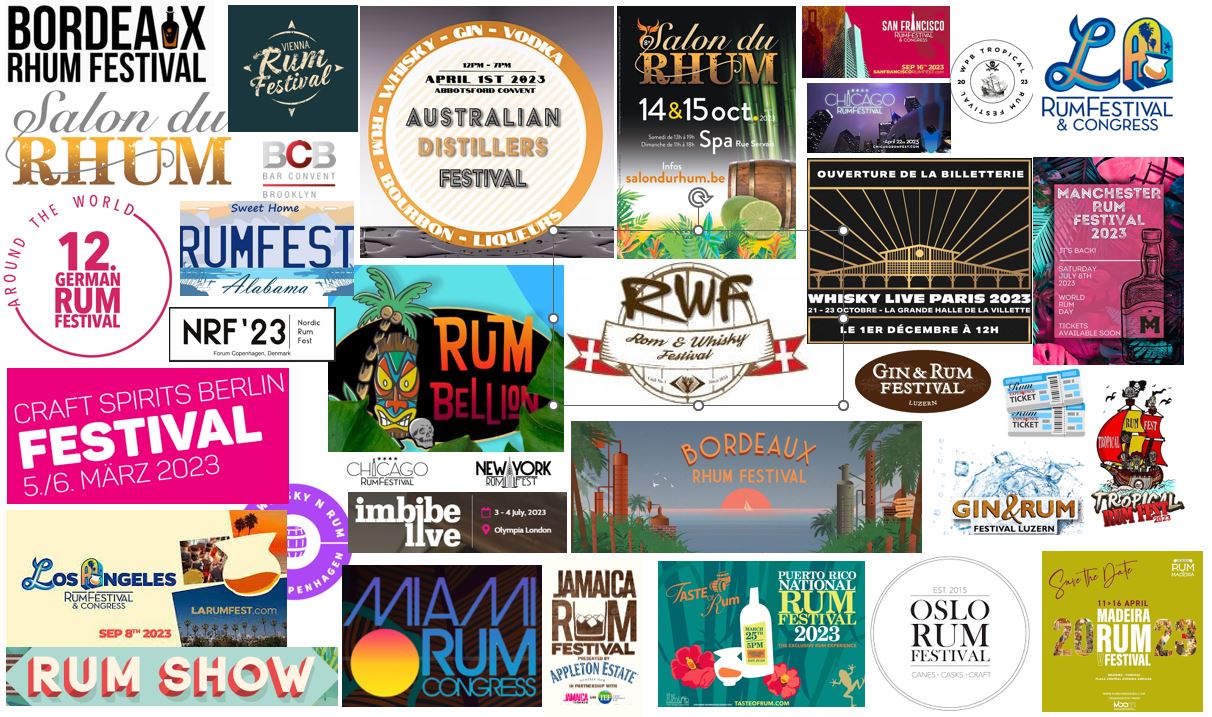 While 2021 showed a scattering of timid rum festival openings after the ravages of COVID, it was 2022 that showed that the world had reopened with a bang. By the time the year drew to a close, my initial post for that year listed 60+ festivals around the world which either focused exclusively on rum, or had it as a major component of the show – and it’s a fair bet I was undercounting smaller regional festivals which only received local exposure and weren’t widely advertised.

These rum expos ranged from the cricket club party atmosphere with just a few brands of the Guyana Rum Festival, to the behemoths of Paris, UK and Berlin. Granted the whisky expos were bigger (Paris’s WhiskyLive was larger than anything I’d ever seen before) but the sheer amount of rum-based exhibitions, festivals, shows and fairs on display around the world was astounding. Australia had two, Africa debuted in the Ivory Coast, there were at least four I know of in France, the Caribbean had a few, I’m sure there were some in Latin America I never heard of, and the USA had at least ten. Canada is the odd man out in the Americas with none, though given the prevalence of maritimers and West Indians in the east of the country I’m sure it’s just a matter of time.

Below is the best listing I was able to put together, of all the rum festivals and associated trade fairs or other shows which feature rum in some significant way.  The dates are as per any online postings or private messages people have provided. For those events which did not update their sources or respond to queries, I have placed their entries below the main body, with notes on the last time they were held for reference: I’ll be checking regularly to see if they have confirmed a show or not. Also, not all of them are true rum-only-specific, laser-focused festivals that are done on a weekend: some are weeklong cultural events where rum, food, music and other spirits feature, others are parties (of varying sizes) where rum is drunk – so ensure you know to which you are going, and why you’re attending (and if you want to know how to survive one, read this article on how).

So, then: for those who like to plan their attendances, save up the pesos, placate (or warn) the significant other, book travel tickets and make other rum-related plans as far in advance as possible, you have enough here to be going along with.  Hope to see you all, in at least one of them. And, as always, if you see I missed one, or got a date wrong, by all means let me know.

The events below have not been updated for 2023 so far, but have a good expectation of being held. (Last checked for updates January 12, 2023)

Older or non-recurring Festivals (not held in 2022; occasionally checked for updates, just in case)