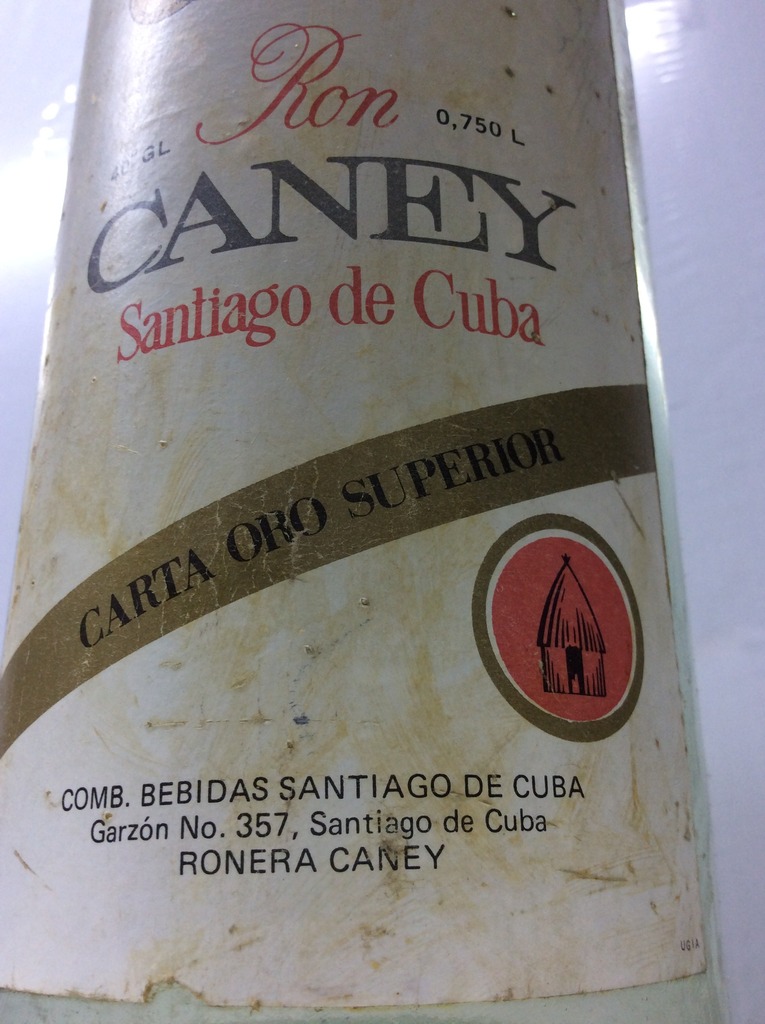 This is a Cuban rum from a company that still exists in Santiago de Cuba and now called Ron Caney: the holding company was (and may still be) called Combinado de Bebidas de Santiago de Cuba and was supposedly formed around 1862…however, it is also noted to be operating out of a former Bacardi factory, so my take is that it’s using expropriated facilities, which is confirmed by Tom Gjelten’s book, Bacardi and the Long Fight for Cuba.  This rum is from the late 1960s or early 1970s, is also known as “Gold,” and for sure is no longer in production, though modern and aged variants do of course exist (the Ultimate Rum Guide has a list for the curious). The export version is the Havana Club marque from Cuba.

Picture here taken from ebay and I’m unclear if it’s the same one as what I was tasting.  The actual bottle pic for the sample in my possession is very low res, but shown below.

Nose – Soft citronella notes, flowers, relatively uncomplex, but laid back, light and quite clean.  Some cream pie and vanilla.

Palate – Sharp, clean and light, a little aggressive in a way the nose didn’t mention. Started off with a faint medicine-y taste which is far from unpleasant. Some salted caramel and cream cheese. Salty brine and olives, citrus peel, balsamic vinegar and cheese-stuffed peppers.  Maybe I got a dud sample that oxidized too much, ’cause it sure didn’t taste like a normal Cuban.  Still – not entirely a write-off.