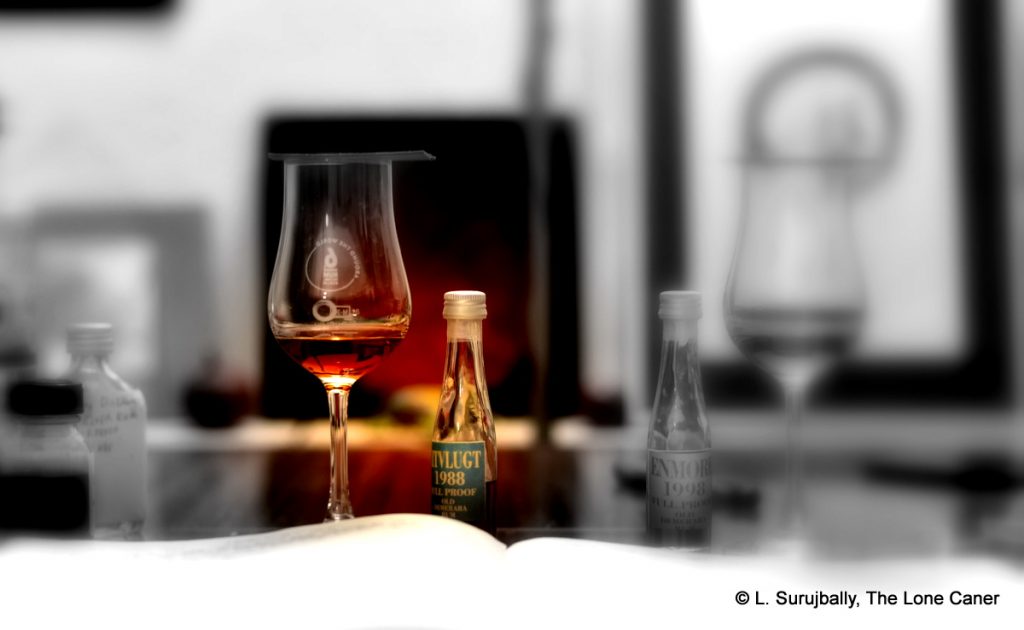 €57. Think about that for a minute. That’s how much this rum cost when it was first released in 2005. Good luck finding it anywhere near that, now. By 2019 the bottle price had already climbed past £1800 and as of this writing it is closing in on three grand on the auction listings.  And it’s not even the most famed or the best of the Demeraras, because the unicorns most avidly sought after and collected tend to be the PM and Skeldons, and maybe the Albions and UF30E. For some reason, Diamond, LBI, Blairmont and Uitvlugt rums from the canon, even those from pre-1990, are occasionally deemed as “less” — whatever that can possibly mean in this day and age — though of course still appreciating nicely on secondary markets. 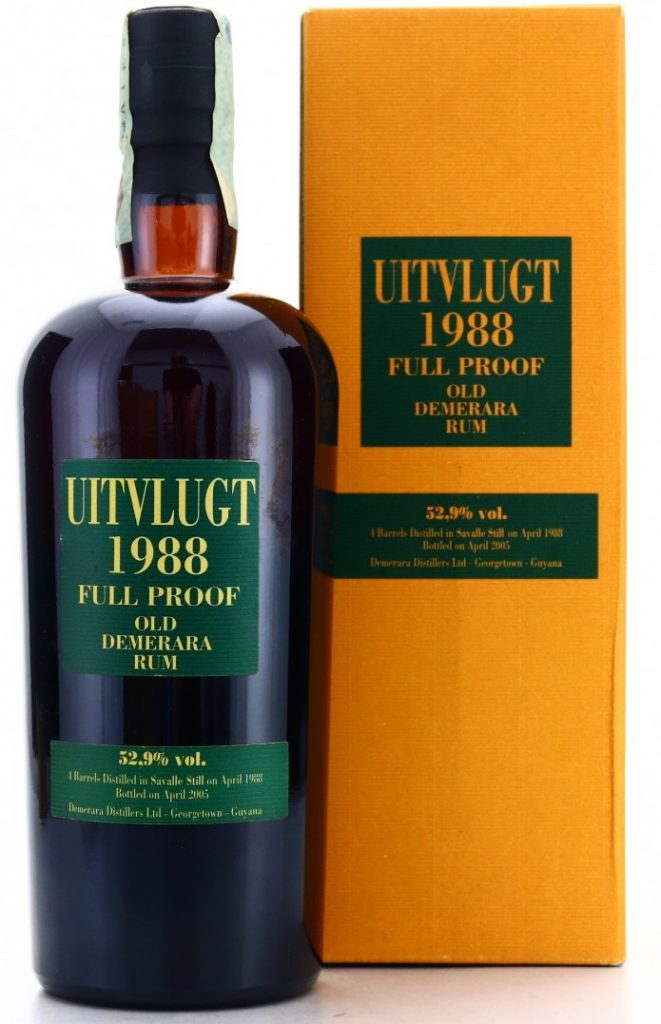 The French Savalle-still Guyanese rum released by Velier may not be one of the top-tier three-decade-old grail quests (unless it’s being sourced by a canny and knowledgeable investor-fan who knows better), but I submit it certainly has the pedigree to be included in the pantheon. Distilled in 1988 and aged in Guyana until 2005, it’s a robust 52.9% 17 year old rum whose origin still was housed at Uitvlugt at the time, and four barrels came together to produce 1091 bottles, which, if they used ex-bourbon American Standard barrels, implies an angel’s share so measly as to be impossible – Luca Gargano got back to me and said it was four 200-liter refilled (i.e. consolidated) barrels.

The aromas of this thing were certainly of that rich thickness that marked out others from that far back. The nose was initially spectacular – plasticine, furniture polish, fresh paint over new wood; briny and olive-y, offset by a wonderful scent of autumn leaves after a rain, damp aromatic tobacco, and the deep smell of ripe, fleshy fruits. As it opened up molasses and salt caramel ice cream came forward and were joined by darker and oversweet prunes, blackberries, red cherries…they teetered right on the edge of going off altogether before pulling back from the brink.  Crisp and musky at the same time, the nose had just a trace of tannins at the back end, and was, after some time, even faintly bitter – the fruits were there, but so was the hint of something sour, like an almost spoiled lemon. 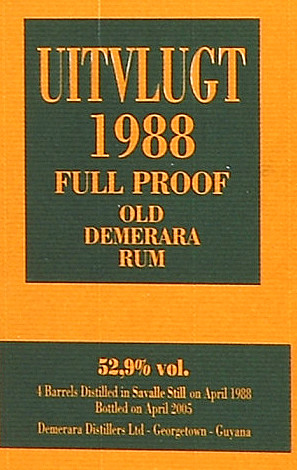 The palate was a curious beast, again quite briny, which I thought unusual for an Uitvlugt.  Too, there were these peculiar – if faint – notes of tar and petrol, then the sour-sweet taste of freshly-grated ginger. However, after these badasses came, sneered and then departed, we were thankfully in more familiar territory: molasses, caramel, and burnt sugar took over the stage, to be joined by lemons, chocolate oranges, a freshly baked meringue pie, raisins, dates and prunes. You might think that such notes would present as somewhat oversweet, but the rum never quite overstepped the mark and stayed crisp and flavourful without too much excess in any department. I particularly loved the lingering finish, which was a touch sharp, fruity, warm, redolent of breakfast spices and some olives, as warm and welcome and sweet as Mrs. Caner’s kisses when I promise to buy her that Prada purse she’s been after for so long.

It’s become almost conventional wisdom that the Age’s Demeraras are the pinnacle of everything a Demerara rum could ever aspire to be. Few rums from anywhere equal them, fewer surpass them and they are both summit and baseline for any Demeraras ever made. Given the mania to get one, and the aura of near mythical invincibility surrounding the series, it is difficult nowadays to be objective about any of them…though cold reason suggests that statements of their magnificence are unlikely to be true in every single case.

Still, we have to face facts – the early rums distilled in the ’70s and ’80s really were and are a cut above the ordinary, and there are few weaklings in the bunch, which is why a rum like this can now be found only on secondary markets for four figures. Even parking my cynicism and experience, I have to concede that the Uitvlugt 1988 is so good and so tasty and so approachable – and so limited – that in the years to come, it might go the way of the Skeldons and bankrupt a third world nation. It was and remains a rum seething with the richness of a great spirit in any category, and has added luster to the annals of the Demeraras.