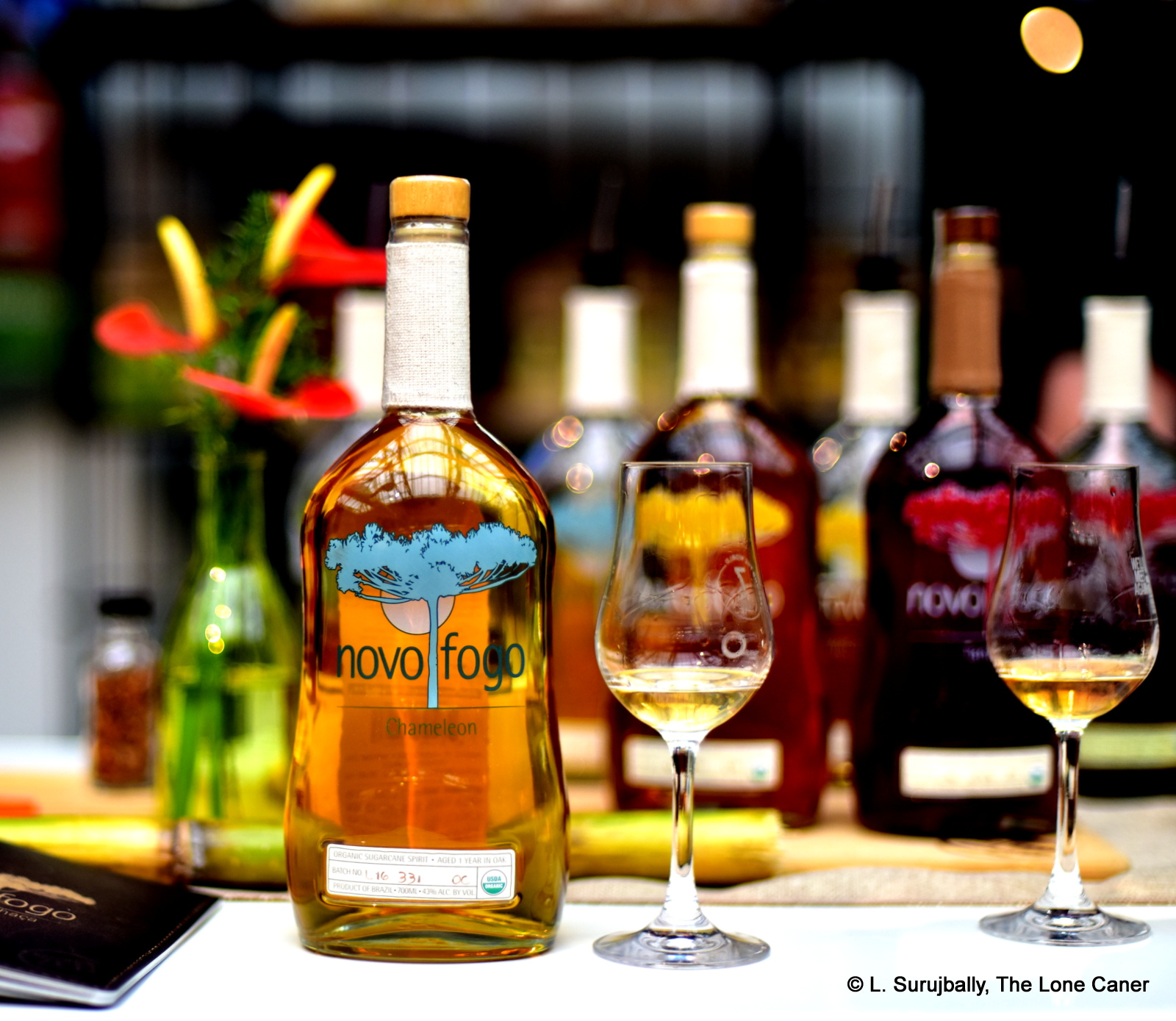 In 2017 I wrote about a cachaça I had tried in Toronto from a Brazilian company named Novo Fogo, which means “New Fire” in Portuguese. That was an unaged, one-year-rested “Silver” cachaça that I liked quite a bit, and in doing my research after the fact, I discovered the company also had a number of other such spirits in the portfolio, resolved to try what I could, and subsequently scouted them out in the years that followed.

This cachaça, then, is the next one up the ladder for Novo Fogo.  It is a blend of both aged and unaged spirits, derived from (of course) cane juice and departs from more traditional Brazilian cachaças in two interesting ways: it is made on a pot still (as opposed to the much more common column still spirits that dominate the industry); and it was aged for one year in American oak, not local woods like Amburana (which make Brazilian spirits so different to the palate conditioned by years of molasses-based rums or aged agricoles from the French islands).  What this does is provide the drinker with the best of three worlds: the terroire of Brazil’s southern province of Paraná (the distillery is located there, not Minas Gerais where the most traditional cachacas are made) coupled with a more familiar aged profile based on American oak… which in turn saves the more endangered Brazilian barrel woods from overharvesting.

The question is whether that translates into a cane juice spirit that we who cut our teeth on French island agricoles could both relate to and enjoy for its own character.  The initial nose of the 43% cachaça does indeed smell promising: it is so green it squeaks going into a turn. It’s freshly cut green grass, steamed vegetables and palm fronds….if they were liquid. It smells herbal, of sugar water and citrus peel and kitchen spices, and yet also briny and solid — a bucket of salt beef mixing it up with sharp tannic and woodsy notes, and not too many sweet fleshy fruits. 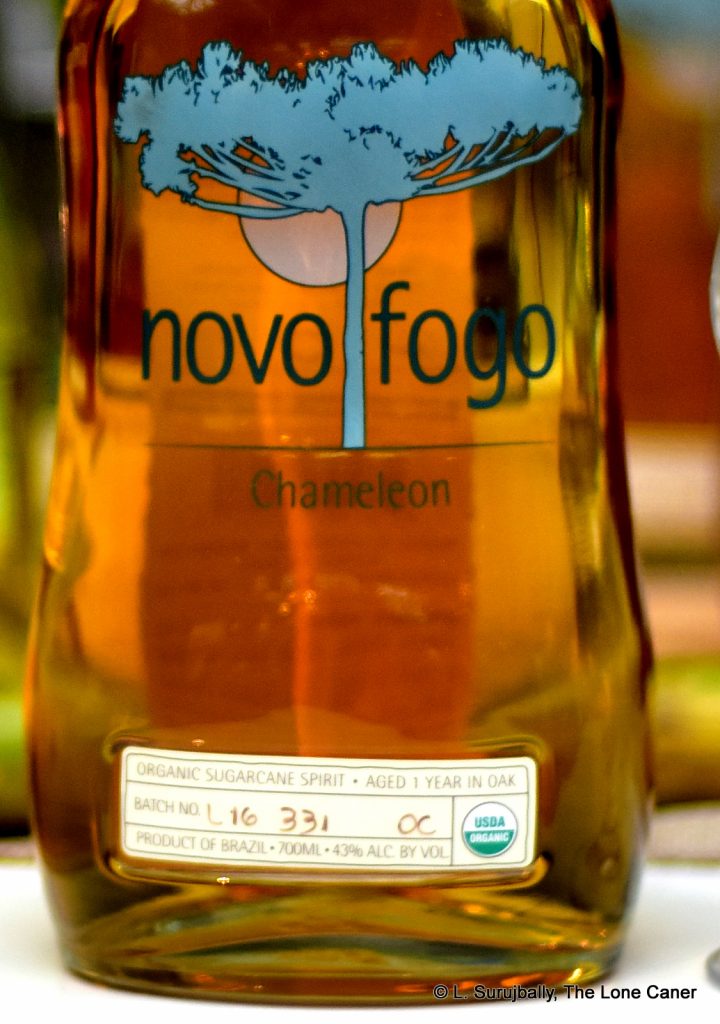 The taste moves right along from there.  Grassy and green tea flavours are prominent at first, but other sweet notes develop over time as well: light honey, caramel, vanilla, peas.  After opening up, the fruits that seemed to be missing from the nose turn up here: watermelon, pears, white guavas, even sweet peas and steamed corn, mixed up with some soya, lemongrass and parsley in a mild vegetable soup.  It leads to a quiet and short finish mostly characterized by grassy notes and some sweetish, very mild fruits.

Novo Fogo’s one year old cachaça is an interesting variation on rhums we know. The sweet, herbal notes are not out to lunch or abnormal, and the use of the American oak has helped maintain a lightly-aged profile that other cachacas with more aggressive use of native woods might not (as Delicana showed here and here, it can be a bit hit and miss). Overall, the whole experience is somewhat removed from that of young or unaged agricoles generally, which is as it should be, since we’re not talking about a French island rhum, or a cane juice spirit made in the Indian Ocean islands with the esters dialled up to “11”. The ancestry is, however, quite clear, and anyone who has had even a passing familiarity with agricoles will find much that is recognizable and enjoyable with the “Chameleon”, especially at that approachable strength of 43%.

That might be the secret behind the name: it is a rhum – a cachaça – made in Brazil, but hews so close to the profile we know that it might in fact be taken for something else.  Only the sly off-kilter notes and occasional divergences are there to tell you it’s not, and I submit that those differences are what make it interesting, and worth taking a chance on…as long as you don’t mind going off the beaten track a bit.