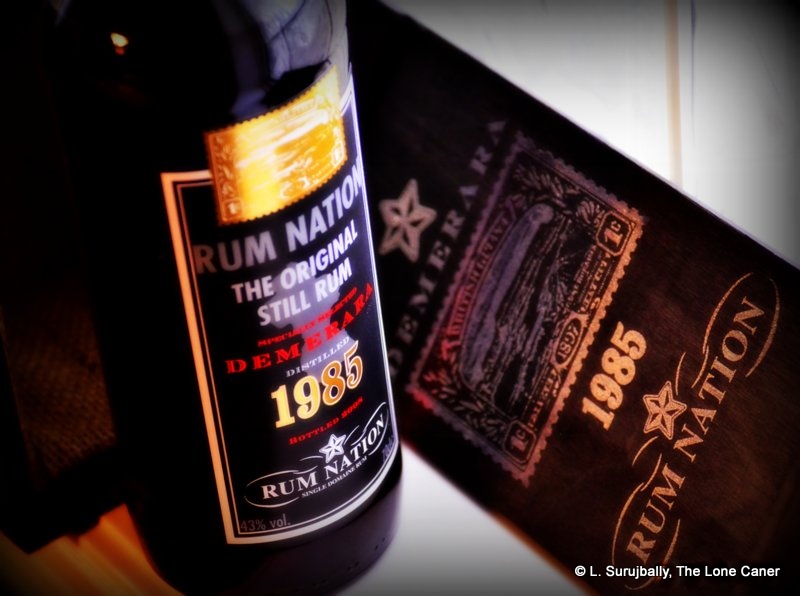 This rum fits on my collection like an expensive Italian suit. I don’t really need it, but bought it just the same. For how could I not? It’s actually better than the RN Jamaican 25 year old.

To let my humour and attitude slip just a bit: I gotta be honest, people, and admit that every now and then I get bored with rums. Another day, another dollar, another new rum to dissect. “The Cussmander Distillery’s new Rambunctious Rum has a standard proofing of 40% topped by a (yawn) rubber cap, and a wrapper made of Komodo dragons, blah blah blah”…. are we there yet? Burnt sugar, vanilla, some oak….yawn.

Today, I am reborn. Today I am again completely fascinated by the rums—as a drink, as an instrument of human ingenuity, as an expression of blending art and design to rival Strad violins and Dubai’s islands. Today I’m seriously considering drawing rums on my notebooks like an obsessed teenager seeing his first Lambo poster. 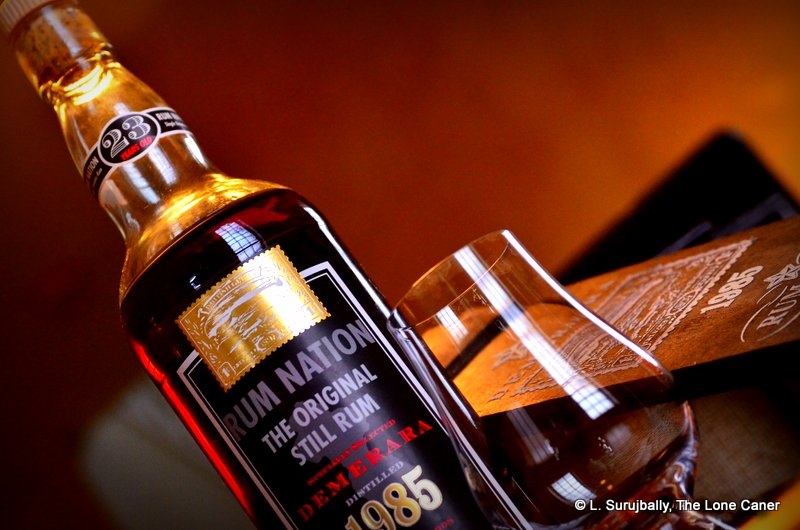 Cutting to the chase, Rum Nation’s second oldest product as of this writing, the Demerara 23 year old, is a rollicking reason to recall why we enjoy rums that take the concept in different directions. We don’t have to be satisfied with general purpose one-size-fits-all rums, but can stretch our minds and our imaginations to encompass the nutso Italian design ethic: this one in particular.

Made from rum sourced more than fifteen years ago and aged in bourbon casks and then finished in Pedro Jimenez  sherry casks, the Demerara 23 year old is, quite simply, as extraordinary a rum as I’ve never heard of, not least because it really is a shade on the crazy side. I almost hesitate to recommend it largely because of that quality. It shares a lot with its older sibling the Jamaican 25 – the sliding panel box with the old printing, the jute sacking, the bottle…but it goes one step further, by being just a shade better.  Not in spite of its testosterone inspired tonsil-baiting hydrophobia, but perhaps because of it.

At 43%, the nose was going to be a shade sharp, no surprises there: good in its way. But remember how I remarked on the sulphurous feinty notes of the RN Jamaica 25 year old? This one took it a step further, and must have decided that since it couldn’t be a pornstar’s parlour toy, it might as well be Batman’s rubber suit. The plastic and rubber notes were so much more in evidence, I almost put the damned thing down, yet a perverse masochism made me continue, and I’m glad I did – because once that mellowed out, rich, pure fumes of a really fantastic rum immediately enveloped my nose….better even than the RN Jamaica 25. Wood, perhaps cedar, some oak, dark brown sugar melting in a pan, pears and dates and apricots. And then, as if to flip me the bird, other notes of soggy biscuits, ageing leather, and a mustiness that was redolent of the patient, methodical, aged calmness of a well cared-for old wooden house in GT along the seawall (no, really). 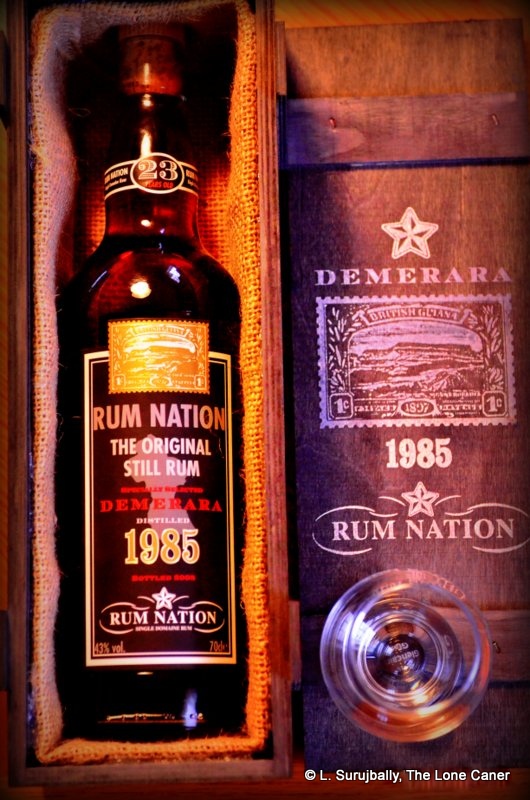 And the taste, wow. Strong and intense, it was exactly sweet enough to counterbalance the influence of oak, had slow and powerful nuances of leather, savoury, spices, and softer tropical fruits…some citrus and banana, perhaps. Behind it all, yup, that slight prankish note of dissonance created by the rubber that wouldn’t go away. And yet the 43% made the flavours so intense it was almost conjugal bliss…the rum rolled down my throat as if it was a harpooned locomotive and announced its prescence like a load of stink – silently and with deadly force. It was kind of jarring to sense tastes this powerful married to notes both this lovely and this out-to-lunch.  The finish was on a level with everything that had gone before, long and lasting, intense and aromatic, with a vague orange peel note joining with dark sugar in a way I really liked. And yes, the sense that Batman had just bailed.

I said about the Jamaica 25 that it was a rude Italian gesture towards the concept of high volume and merely passable quality which sells just about three quarters of the rums in the world today. The Demerara 23 is made in exactly that iconoclastic vein and with exactly that mindset, and maybe a bit more – they are like Cadenhead, in their way, perhaps Bruichladdich, in their refusal to add anything to their products. Rum Nation’s markets are primarily in Europe, and say what you will about the economic situation there, they do have a somewhat more sophisticated tippling class over the pond. This is a rum aimed squarely at them: and at us over here who want to try something a shade loopy and have the courage to go there. For those who want to experience what a rum can taste like if taken out of its (and your) comfort zone, it’s a great way to get to know a variation most would be too timid to approach.

So try it. You may not necessarily like it as much as I did…but at least you’ll know something more about your tastes than when you started. Me, I think I’m gonna get me another shot. Or three. And try to find out from Fabio who the hell his master blender is.