Want a rum that says a big FU to your opinion? Here’s one, and then eight more.

It annoys me no end, seeing the same boring rundown of standard table rums extolled by journalists who don’t bother to do the most elementary research on what a good rum actually is, and make no effort to take the subject seriously.  Earlier in 2015, in response to yet another vanilla listing of same-old-blah-blah-blah-rums-you-should-try written by someone who “discovered” rums on a weekend Caribbean safari (or was that the one put together by a hack who only now realized rum was a drink worth checking out?), I asked rather peevishly why a list of crazy rums you’ve never heard about wasn’t issued by some enterprising writer for an online rag someplace.  After waiting around for a while, getting older, with no response, I realize maybe they were waiting for one of us real writers.  Oh. Okay. For my rag, then…

Note – just because they are listed here, does not mean I entirely love these rums…just that they are really at odds with more standard rum profiles. You can buy them, sure. However, let’s not pretend they’ll entirely be to your tastes. They showcase all the illogic and weirdness and wonderful breadth of rum, though, and there’s nothing at all bad about that. 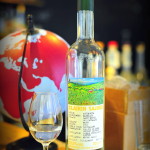 Come on, was this ever even in doubt? This friggin rum is utterly nuts, impractical to a fault, unaged, white and simply flat out amazing.  The Casimir and the Vaval clairins are sprigs cut from the same tree, and just about as weird. That gunpowder and wax nose, the amazing taste. Gave it points for sheer originality. 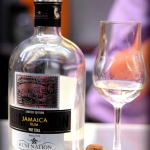 Jamaican badassery in a sleek sexy bottle. Pungent, strong and estery, Rum Nation took a deep breath, threw the dice, ran with it, and I think it paid off. 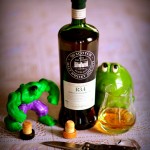 All right, I admit it, this is tough to find even if you’re a member of the SWMS. And not that many of it were made.  But heavens above what a great, snarling, amazing rum for its strength.  It got the highest score I ever gave a drink that powerful. Wish I could find the “Marmite” 3.5. 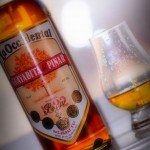 Leaving aside the issue of whether this Cuban softie is a rum or not (I said it was), here is one of the few flavoured rums I ever tasted that I liked…perhaps because it is made differently rather than having spices chucked into it like Emeril was having a bad hair day.  It remains (somewhat to my surprise) one of the most re-visited posts on this site. I wonder why. 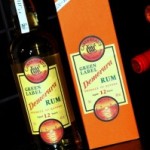 The peat is strong with this one, I grumbled when I sampled this rum, and still don’t care much for it.  Whatever. If you ever wanted to see a the result of a tussle between an Octomore and Port Mourant, here’s your chance.  There are many anoraks who swear by it, mind you.

Quiet, all you there in the peanut gallery. I know that Bundie is seen as a balm to exiled Aussies, and a butt of constant jokes from, about and by the residents of Oz.  The question is not whether you like it neat…more of what a rum can be when it takes not a sharp left turn, but a hundred and eighty about-face, and then smacks you a good hard one on the schnozz. Honestly, I think it’s more tequila than rum. Still, you can’t deny its originality, and you’ll not mistake it for many others. 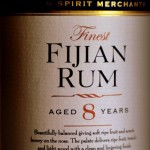 The one Berry Bros. & Rudd rum I didn’t care for. Was like a paint thinner, unbalanced, weird to taste, and a rum that can only be approached with head-scratching, jowl-quivering perplexity, wondering how a minor god does not rise up and smite it stone dead.  That said, I felt that way about it because it simply, defiantly, obnoxiously said “I shall not conform to your expectations of me.”  That alone might warrant a taste or two. 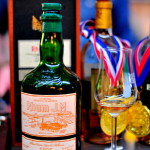 I’m still coming to grips with what exactly was it about this rum that made it so memorable, so strange, so intriguing.  It was off-kilter, sure, but not batsh*t crazy different…just enough for me to keep it in my taste memory bank and recall it with bewilderment from time to time, still, after all these months, trying to pin down its haunting and elusive weirdness. Yeah, I liked it. 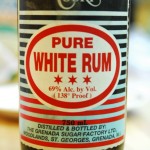 You will never find this rum in the bars of the east or west or anywhere except its own squat. The already odd white pot still rum was added to by some enterprising bushman-wannabe in Grenada, who cheerfully dumped in bark, twigs, berries and a plump worm (I kid you not), and then sold it to my crazy friend in Toronto.  And mad as this may seem, all that crap made the rum even better.  Every time I see myself starting to get snooty about additives in rum, here’s one that jogs my memory and makes me laugh, and realize that sometimes, it isn’t all a bad thing.

A postscript: I do not necessarily recommend that you go after these rums just because I’ve written about them (or because you have a kink in your own mind that such rums would appeal to).  What I am saying is that they are rums which go their own way; have a screw loose somewhere; they do not adhere those more familiar tastes to which we are accustomed.  Some are good, some not so much, at least one is just a rampage of laughably ridiculous insanity, and all are absolute blasts to drink.

Now that’s how a list should be written, dammit.