Later this year (2010), a milestone in photographic history will be reached: the last produced roll of kodachrome print film and ektachrome slide film – Kodak’s famous workhorse of pro-photographers for three-quarters of a century – will be developed in the last lab still to process its demanding Ex chemistry (for those who are interested, it’s Dwayne’s Photo Service, in Parsons, Kansas).  Appropriately enough, that last roll will be shot by veteran National Geographic photographer Steve McCurry, who made that famous “Afghan Girl” photo.

Some herald it as a final nail in digital’s ascendancy over film.  As an enthusiastic amateur, it started me thinking: when indulging one’s predilection for photography, which is better, film or digital?  (I love these ridiculous what-ifs..they are so uselessly entertaining).

Let’s run through the pros and cons, and I’ll give my opinions at the end.

– Can anything beat the instant feedback of reviewing what you thought you shot after taking it?  No more messing arounbd with notes on shutter spped, aperture, filters or special film after the fact.  No missing the moment.  You shoot, you look (“chimping your shot” – isn’t that a great phrase?) you correct, shoot again.  There’s a reason amateurs are getting better – they can make corrections on the fly.

— Practically zero running costs once you buy your camera.  No more film or development costs.  These days, you can even dispense with the computer and edit your work in camera before you output directly to the printer.

— No loss due to accidentally opening the back or not rewinding your film properly.  I’m not saying I ever had that happen to em, but once film did stick in my camera and I had an interesting time trying to get it out without losing it.  No such issues afflict digital shooters

— No more investment in darkroom equipment or being at the mercy of the dropout Walmart technician who is using a big-ass automatic developer without a clue as to what it does or how it affects the final print.  If you know what you are doing with Gimp, Photoshop, Elements or Picasa, you can duplicate real pro effects with very little effort.

— Archive, storage and metadata. We use computers for all digital media, and we can get all our EXIF metadata stored alongside with our pictures in a way that makes retrieval a breeze. Workflow management is quite simply, easier. Add that to the fact you can still print your work for archiving, or simply upload it, burn it or store it, and you should have access as long as our techological age lasts. And instead of being limited to 36 exposures, my current card takes 1300+ 12mp JPEG pictures (about a quarter of that if I add RAW). 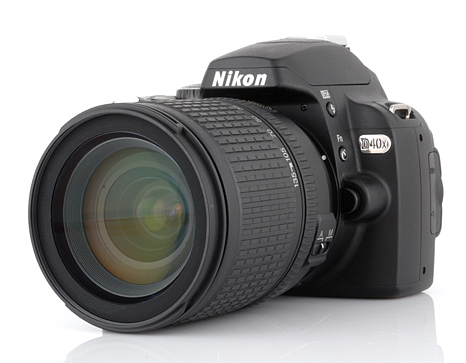 — DSLRs are so good nowadays that the quality of lenses in the limiting factor in determining picture quality, not the sensor or the camera itself. Point and shoots are also getting good real fast, and while I don’t use them, I fully appreciate their utility.

— Dynamic range of film is better.  Just take a look at this kodachrome shot of Picadilly circus done in the late forties (taken from Wikipedia). — Older (film) cameras are entirely independent of power sources, and if you doubt me, feel free to review Nikon’s earlier F-series, all of which are brutally hewn blocks of metal with which you could brain an elephant, and entirely manual.

Your experience and judgement count when using mastodons such as these, so what you gain in independence you lose in gratification of instant feedback. DSLRs have battery packs that make you feel you just added half a kilo to your camera bag, and you cannot function without them, but they are not required on film bodies, where for a generation they were screw-on optional attachments.

— Noise in film is prettier and more artisitc than digital noise. It’s better called grittiness, and is worlds removed from the rainbow speckled hues of digital crap that messes up long exposures or high-ISO pictures. I’ve heard that there are actually programs around that will alter a digital image to add the grain back in.

— Here’s the thing.  Film cameras are film cameras until the end of time.  I have a Nikon F2, F3, F4 and F5 (you can pick them up for a song nowadays and may even be good investments long term quite aside from the enjoyment of using them) and they work like swiss watches.  Their all metal construction and titanium shutters defy today’s use ’em and toss ’em mentality.  I’m an unabashed Nikon fan sure, but I started with a Canon A-1 and I tell you, that thing cranked film through for two decades without a single problem. Today’s crop of digital camera will not only be obsolete inside of a decade, but are actually decreasing in value…I bought a Nikon D40x the other day for under a hundred bucks, while my F2 from 1972 may actually be going *up* in value.

— You can scan film negatives or transparencies, and always have the maximum resolution of the scanner – in other words, your digital picture shot at 12mp will remain that way forever, but your 35mm negative can always be scanned at the maximum resolutuion of the technology today. Strictly speaking, 35mm film grain is about the same resolution as a 24mp JPEG, so all along film has been at resolutions which digital cameras areonly now approaching….and for a fraction of the cost. — Film cameras were finger driven, not menu driven (the F5 excepted).  Instead of poking around with ten different menus and submenus and options, you just had to fiddle with two, maybe three knobs, all while peeking through the viewfinder.  And let me tell you, full frame film camera viewfinders are huge and bright in comparison to the smaller ones on today’s digitals rather tepid offerings.  I won’t even discuss point-and-shoots.

If I had a choice, I’d like to use film but have the instant feedback of digital.  I like the feeling of a precision mechanical instrument that does what it is supposed to do with no fuss, no bother and no friggin’ around. The D2x I use most often fits well in my hands, but for tactile delight and a sense that the camer is doing what it is engineered (superbly) to do, the F5 and F3 remain my favourites (and my god, the AF on the F5 is staggeringly fast). For any kind of indoor work, I’d say digital is probably better for assessing flash work, but then, I’m not very good at it, so maybe that’s just me.

In the end, it all boils down to your feeling as an artist if you are even remotely serious about photography. Do you do better work with digital in “post” or are you simply a perfectionist of the film world (there may be a generational divide here which I am not addressing – it’s my opinion that younger people are happier with digital because they are more comfortable around the core digital technology). I love film, but concede that digital does offer more flexibility, consistently better-exposed work, and, often, faster on-the-fly shooting. I do in fact do some post-processing work to punch up colours and contrast – mostly in Picasa or GIMP, since my demands are slight and the programs are free –  but I stand in awe of what people achieve with true pro-level digital image manipulation.

Be that as it may, there’s no “right” answer. What is a fact is that your equipment does not matter, and neither does your megapixel count.  At the end of the day, the best camera in the world is the one that you have on you, and nothing beats your imagination and skill when it comes to making a truly stunning picture.  All your camera and technology do is enable what your mind has already decided.

Very much like how a cheap piece of crap rum can enable the best conversation of your life. Or the best…well, you know what I mean.