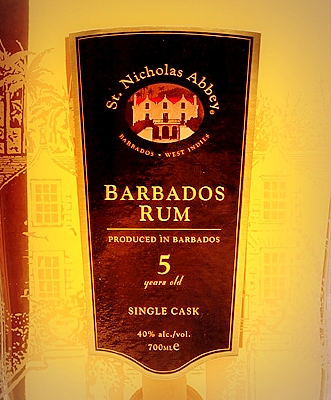 One of the reasons why the St. Nicholas Abbey Five year old gets the full etched-bottle treatment of the 8, 10, 12, 15 and 18 year olds (which are all remarkably good for 40% rums and earned good reviews from across the spectrum, including mine), is because the company is justifiably proud of this being the first rums they made from entirely their own matured stocks.  Previously they were ageing Foursquare rums to make the originals noted above — the ten may be one of the best mid-range 40% rums I’ve tried — but the five is entirely their own juice, as will be all other aged rums they produce in the years to come (once the 4S stuff runs out for the really old rum, of course…already the abbey has run out of 15, or so I’ve been told). 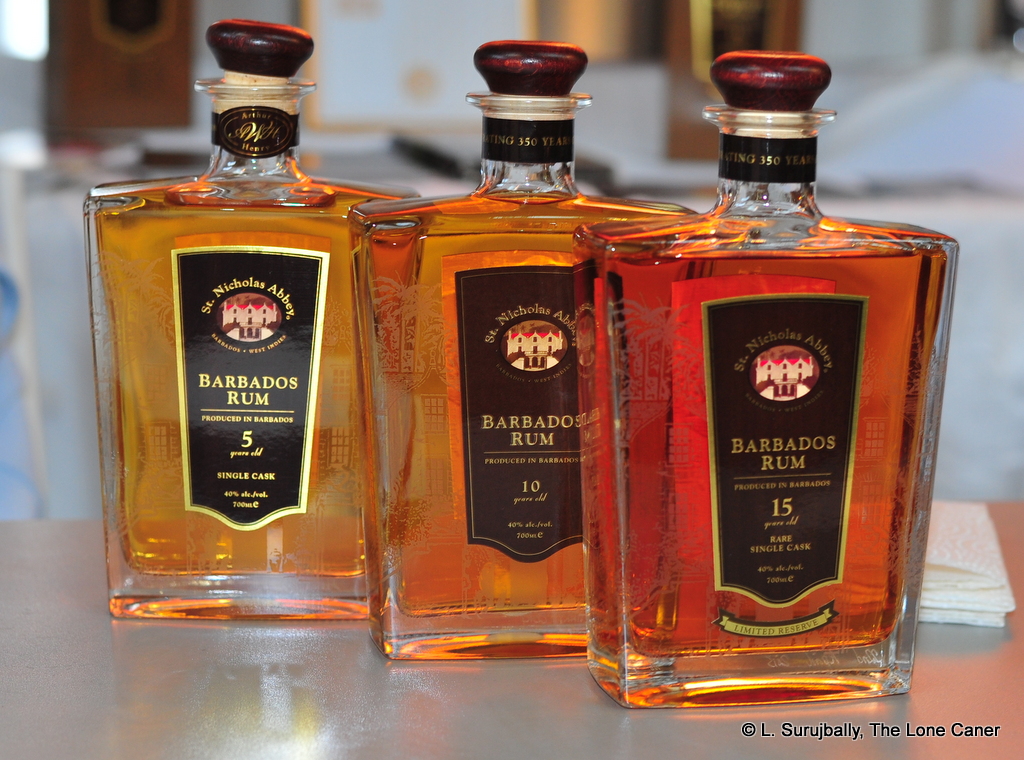