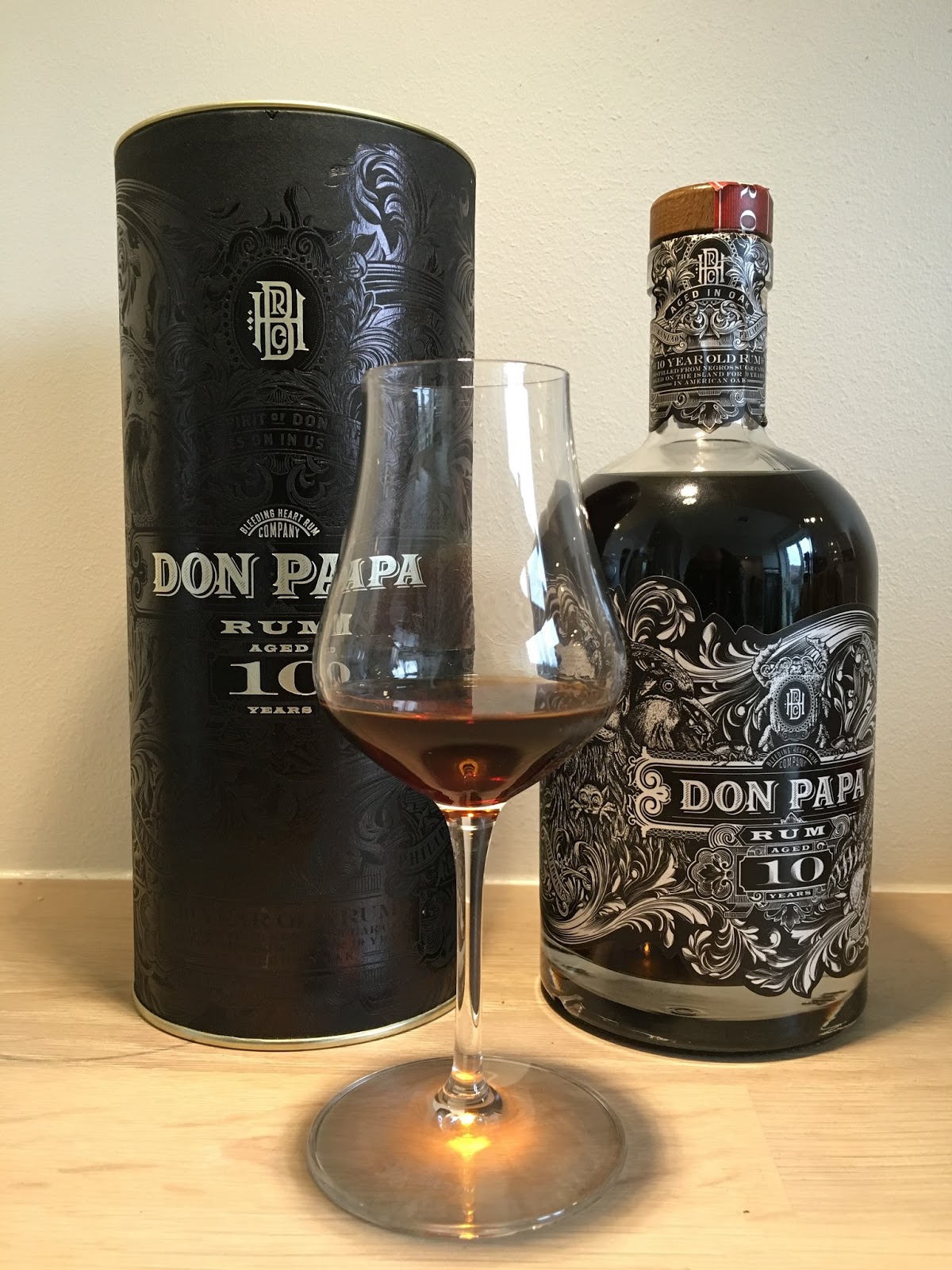 Impossible to forget, traumatic to recall.

I don’t know why they bothered. This is three years’ additional ageing, pretty much wasted.  It’s Don Papa 7 version 2.0, and just about the whole experience is the same, except the raspberries from the younger variation, which are now dark grapes. Everything else – and I mean everything else, mouthfeel, taste, finish, smell, the works – remains the same, without even some additional oakiness or complexity to make the extra expense worth it.

All right, so by now it’s clear that I’m late to the party here and all the discussions and post mortems have been done on this industrial grade spiced Phillipine rum, which it doesn’t admit to being, but which I say it is. And while there was a firestorm of online vituperation which greeted the release of the rum, making you believe that the majority of the rumworld absolutely hates this thing, the truth is actually more prosaic. Reviewers hate the rum…but most casual imbibers at whom the Don Papa is aimed are actually quite tolerant of the rums they scarf down, and the amount of people in the world who truly want a more detailed sense what they’re drinking — or have access to and desire for what we term top class hooch —  is still a minimal part of the rumiverse in spite of all us bloggers’ doing our best to raise the bar.  But everyone agrees on one point: bad or good or in-between, the makers of the Don Papa should absolutely have disclosed its adulteration. Maybe they thought the age statement would allow them to skate around such petty concerns

If so, they were mistaken. Even bumping it up to 43% for some added bola ng bakal didn’t do much. It had the same nasal profile of sour cream, yogurt, some sweetish fruits, and over-generous helpings of vanilla, bubble gum and yes, there it was again, that distasteful excess of soda pop sprite and fanta and pepsi masquerading as “rumminess”. And no tart raspberries this time, but some dampened down dark grapes, overripe ones, plus a twist of licorice. Oh joy. My glass runneth over.

By now you should have few illusions left: the palate offered no redemption, leading any reasonable tippler to ask in genuine bewilderment, “What on earth was the rum doing for three additional years?” I mean sure, there was some bite and bitter in the mix (which initially gave me hope), just too little.  And the few aromas of peaches and cream were bludgeoned into insensibility in labba time by wave upon wave of more vanilla, soda pop, the syrup in canned peaches (minus the peaches), cola…it was all just too much, too sweet, too cloying, and with few discernible differences from its younger sibling, and a finish that was to all intents and purposes the best thing about it, because at least now the experience was drawing to a close.

You know, if they had honestly called it a spiced or flavoured rum I would have nodded, smiled, passed it by and never bothered to write a thing. But they didn’t…and so I did. And my evaluation is simply that Don Papa 10 is a hollow rum. Age or no age, it’s column still industrial spirit that’s been tarted up, where no such embellishment was required if they took some time and care and blending mastery to the task.  It takes its place proudly with the Whaler’s, Kraken and Pyrat’s XO and the AH Riise Navy 57% on the bottom of any reviewer’s shelf, and with good reason — it’ll get you drunk no problem, and at a reasonable price, but if you wake up the next morning wondering what camel voided its bowels in your mouth and why you have a tattoo of “Don Papa” on your left buttock in hieroglyphs, don’t come crying saying I and all the others didn’t warn you.