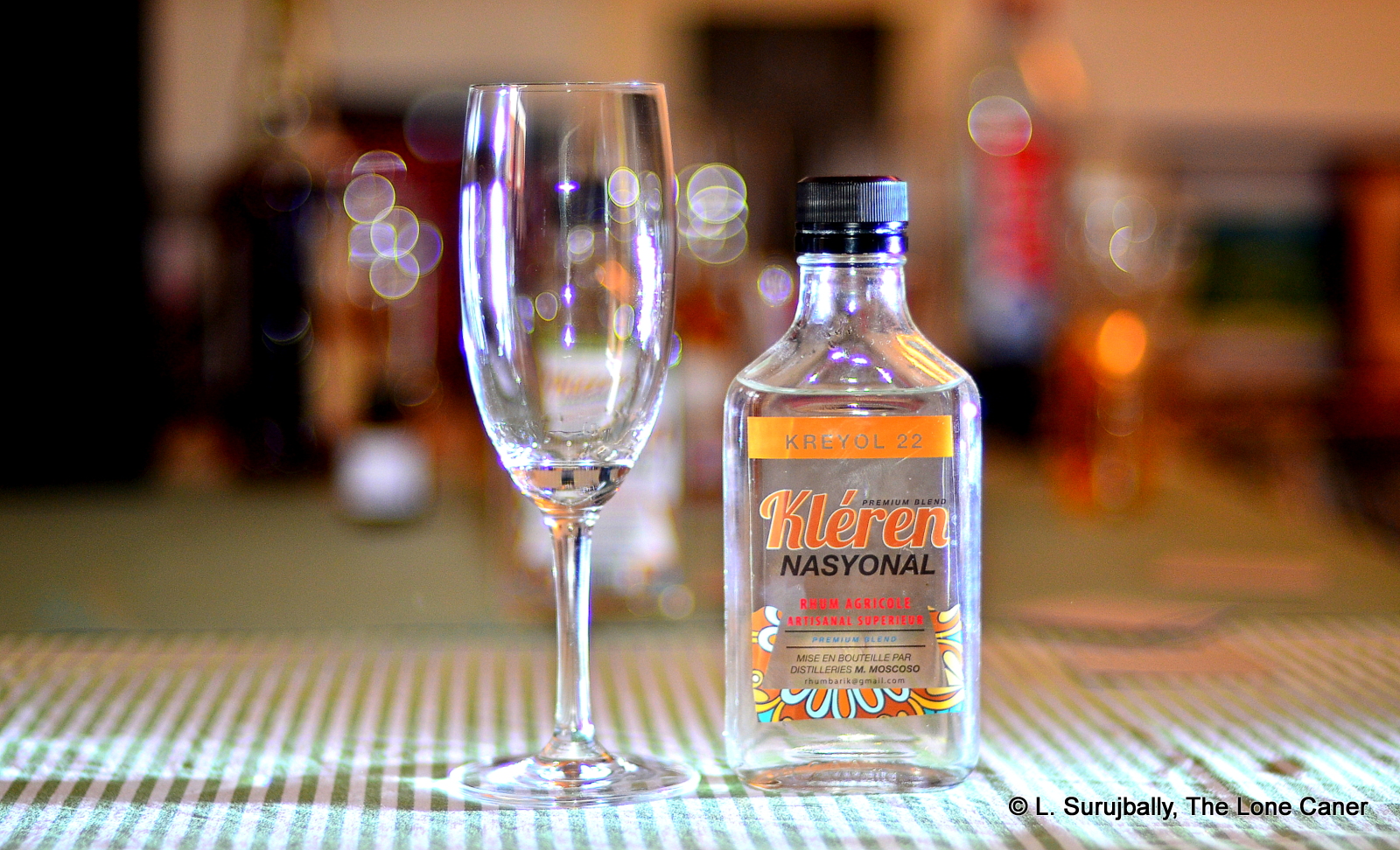 When one tastes a raft all kinds of rums from around the world and across the ages over an extended period, there is a normal tendency to look for stuff that’s a little different while still conforming to commonly-held notions of what a rum is.  After all, how many times can one try a basic rum redolent of molasses, caramel, sugar, banana and maybe raisins and citrus without getting a little bored?  Well, for sure there’s no shortage of new and interesting popskull coming on the market in the last few years, and I’m not just talking about the new agricoles, or the geriatric rarities released by the independents, but actual distillers and bottlers like Hampden, Worthy Park, Savanna…and that interesting outfit called Moscoso out of Haiti.  Drink some of their klerens, and believe me, if you’re afflicted with ennui, this’ll cure what ails ya…if it don’t put you under the table first.

Also called Barik (a creole word for “barrel”), Moscoso interested me enough to write a full profile of the company a few months back, and since that time they are aggressively seeking outlets and distribution in Europe, to say nothing of issuing all kinds of aged or unaged permutations of their booze. And my goodness, when you taste these things, the inescapable conclusion is they’re aren’t just rarin’ to take Barbancourt out back, kick the snot out of it and give ‘em a run for their money, but also casting narrowed snake’s eyes at the Velier-issued Vaval, Casimir and Sajous as if to say “Mwen nan bouda, nou zanmi”. 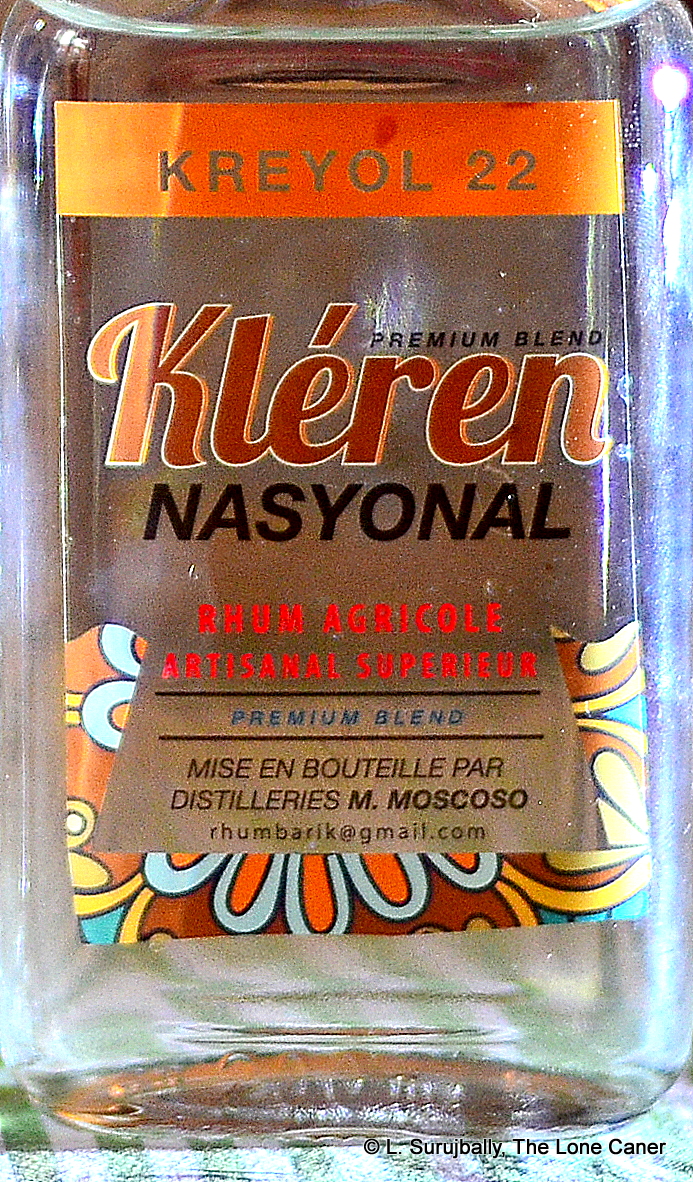 Perhaps they have good reason. Their 55% Traditionnel 22 was a rum that stunned and smacked the unwary with all the force of a Louisville slugger to the face, and yet I felt it had been reasonably well made, with much of that elemental joyousness that so marked out the other, better known clairins like the Sajous that have so impressed me over the last few years.

Which is not to say you wouldn’t be a little startled by the initial smells given off by this 55% white rhino. I mean, I nosed it and drew back with widened eyes, wondering if there wasn’t some excess Jamaican dunder or balsamo-infused cachaca in there — because aside from the brine and wax and glue and shoe polish, I was also getting a barrel of rotting bananas and funk, mixed up with musky, damp wood and wet dark earth (which I’m sure you’ll concede is not normal for a rum).  It started out raw and fierce, and perhaps it needed some resting time, because after some minutes of letting it stand there (glowering sullenly around the room the whole time) additional aromas of freshly ground black pepper, cumin, masala, lemon peel and herbs became more prominent. “Meaty” is not a term used often in these pages, but here it was exactly right to describe what I was experiencing.

What elevated the rhum to something better than the nose suggested was the way it tasted. As seemed to be the case with all such Haitian whites I’ve tried, the nose was “da bomb” and the palate calmed itself down quite measurably, and a drop or two of water helped as well.  Here the sugar water and watermelon came through much less aggressively, as well as brine and olives, fresh cane sap, nougat (!!), some nuttiness and citrus (not much of that, a pinch not a handful), coming to an end with a long, somewhat dry finish which reminded me of sharp, damp sawdust of some freshly-sawn unnamed lumber in a sawmill (yeah, I worked in one once), as well as fresh grass, and sugar cane juice.

So…quite an experience.  Strong, distinct, flavourful, uncouth, odd, just on this side of bats**t crazy, and overall a pretty amazing drink – it would light up a cocktail with fireworks, I’m thinking.  On balance the nose of the original Nasyonal earned my favour, but here the taste profile carried it ahead – it was a shade more complex, tastes better integrated. Whether you buy into that premise or not depends a lot, I feel, on where in the spectrum of rum appreciation  you fall. I wouldn’t recommend it to a person now starting to branch out into white full proofs; and for those who prefer the softer, sweeter profiles of Diplomatico, Zacapa, Panamanians or dosed rums like El Dorado or Plantation, stay away.  For everyone else?  Oh yeah. Give it a try, if nothing else. And take a gander at what Mike Moscoso is making — because as he noted so elegantly up above, he’s coming for all of us.