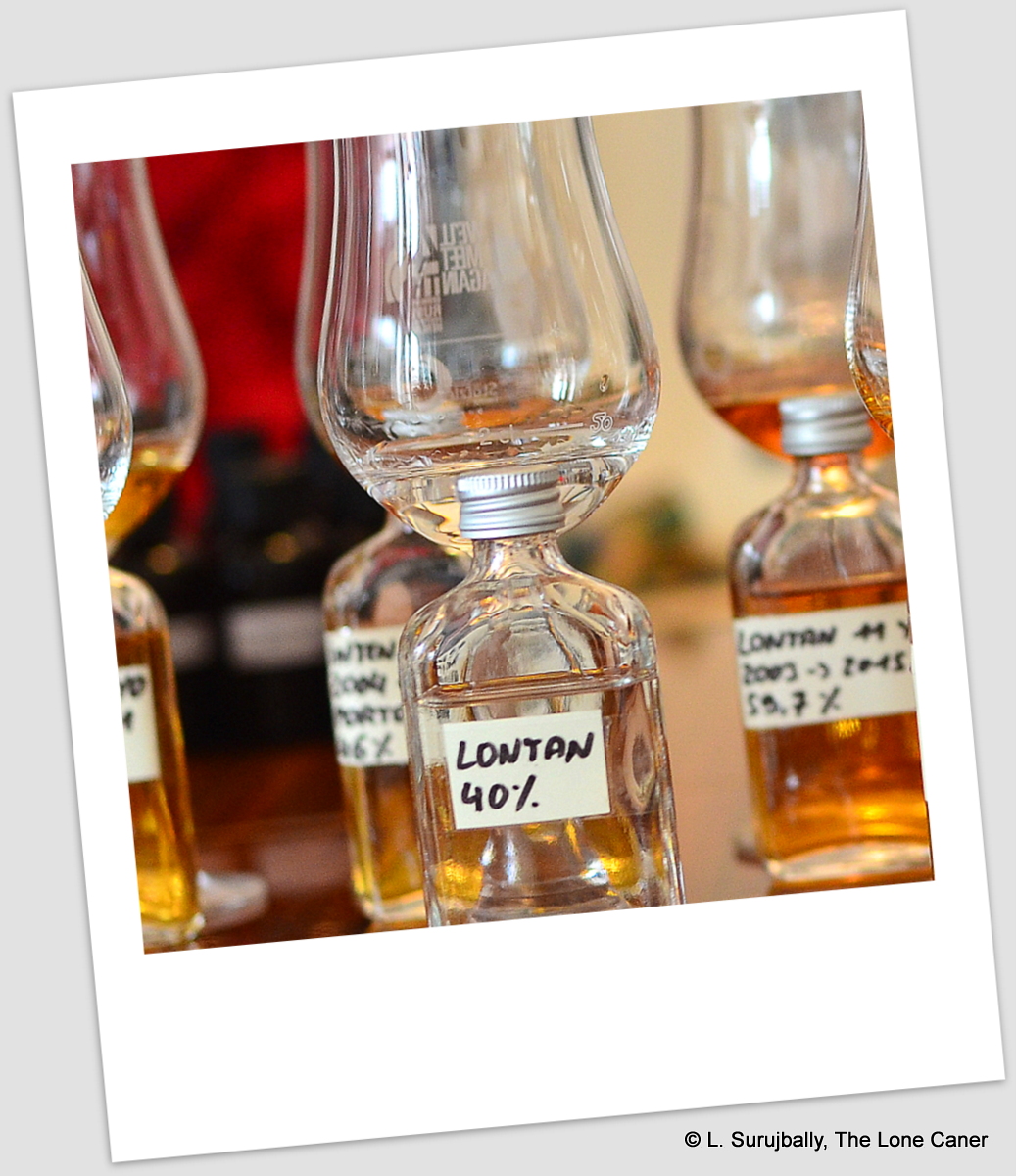 It’s perhaps unfair that only with the emergence of the 2016 HERR 10 YO and the LMDW 60th Anniversary white in the same year, that the distillery of Savanna on Reunion began to pick up some serious street cred. I think it’s one of those under-the-radar distilleries that produces some of the best rums in the world, but it always and only seems to be some special limited edition like the Cuvee Maison Blanche, or a “serious” third party bottling (e.g. from Habitation Velier, Rum Nation or Wild Parrot) that gets people’s ears to prick up. And it’s then that you hear the stealthy movement of wallets in pockets as people slink into a shop, furtively fork over their cash, and never speak of their purchase for fear the prices might go ape before they get a chance to buy everything in sight.

The word “Lontan” is difficult to pin down – in Haitian Creole, it means “long” and “long ago” while in old French it was “lointain” and meant “distant” and “far off”, and neither explains why Savanna picked it (though many establishments around the island use it in their names as well, so perhaps it’s an analogue to the english “Ye Olde…”). Anyway, aside from the traditional, creol, Intense and Metis ranges of rums (to which have now been added several others) there is this Lontan series – these are all variations of Grand Arôme rums, finished or not, aged or not, full-proof or not, which are distinguished by a longer fermentation period and a higher ester count than usual, making them enormously flavourful.

Does that work, here? Not as much as I’d like – the strength is partly responsible for that, making it seem somewhat one-dimensional. The nose gentle and clean, some brine and olives, pineapple, watermelon, green apples and a touch of herbs, yet overall the smell of it lacks something of an agricole rhum’s crispness, or an unaged molasses rum’s complexity, and if there are more esters than normal here, they’re doing a good job of remaining undercover. It actually reminds me more of a slightly aged cachaca than anything else.

It’s an easy rum to drink neat, by the way, because the 40% does not savage your tonsils the way a full proof would. On that level, it works quite nicely. But that same weakness makes flavours faint and hard to come to grips with. So while there are some subtle notes of sugar water, anise, vanilla, mint, coffee (a dulce de leche, if you will) and cumin, they lack spark and verve, and you have to strain hard to pick them up….hardly the point of a drink like this. Since the finish just follows on from there – faint, breathy and <poof> it’s gone – about the best one can say is that at least it’s not a bland nothing. You retain the soft memory of fruits, pineapple, cumin, vanilla, and then the whole thing is done.