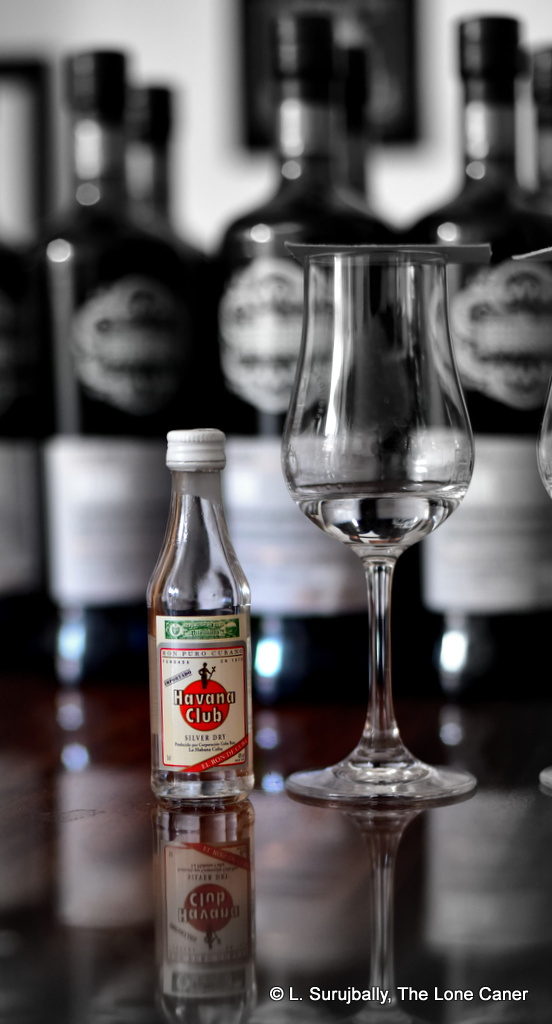 There were several varieties of the standard white Havana Club mixer: strengths varied from 37.5% to 40%, the labels changed from saying “El Ron de Cuba” to “Mix Freely” and in the early 2000s this old workhorse of the bartending scene, which had been in existence at least since the 1970s and produced all over the world, was finally retired, to be replaced by the Anejo Blanco.

From the label design I’m hazarding a guess mine came from the early 1990s (it lacks the pictures of the 1996 and 1997 medals it won that were added later) but as it was part of a collection from much earlier and the design changes were stable for long periods, it may be from the late eighties as well (the HC sun began to be coloured red in the early 1980s which sets an earliest possible dating for the bottle). As far as I know it was a column still product aged for no more than 18 months, filtered to white and made in Cuba.

Nose – Very light, fragrant and delicate. Sugar water, coconut shavings (and actual coconut water), watery pears. A touch of light vanilla, watermelon and cucumbers, and an almost industrial sort of aroma to it that is supposed to double for “alcohol,” I guess, but feels too much like raw spirit to me. Without practice this could come off as a serious no-nose kind of rum. 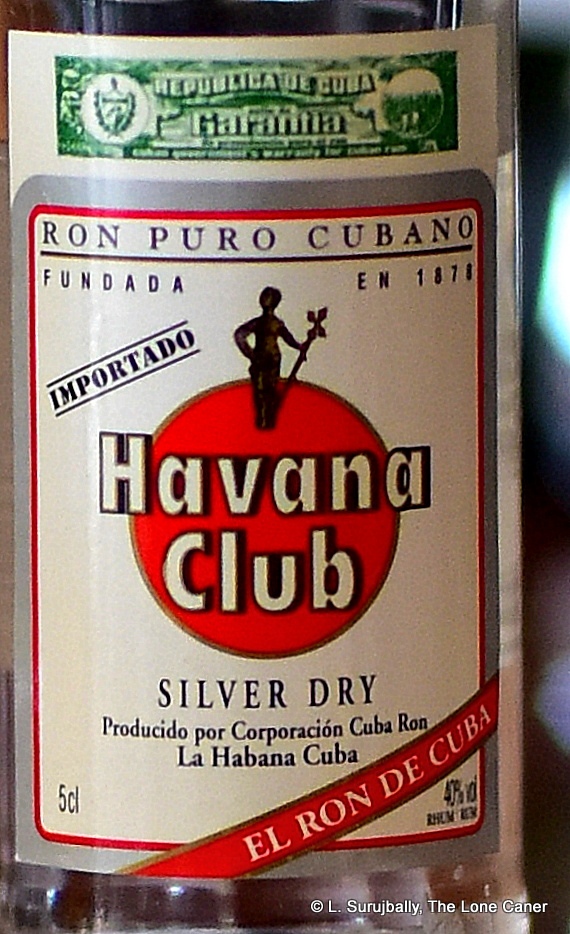 Palate – Meh. Unadventurous. Watery alcohol. Pears, cucumbers in light brine, vanilla and sugar water depending how often one returns to the glass. Completely inoffensive and easy, which in this case means no effort required, since there’s almost nothing to taste and no effort is needed. Even the final touch of lemon zest doesn’t really save it.

Finish – Short, faint and undistinguished, complete non-starter. By the time you think to ask “Where’s the finish?” it’s already all over.

Thoughts – By today’s standards, this venerable white is unimpressive. Current Havana Club variants like the 3YO Anejo Blanco or the Verde are slightly more taste-driven on their own account, and have a life over and beyond the cocktail circuit since they possess a smidgen of individual character. This is too much of a backgrounder, too anonymous, to appeal.

Note however, that it is completely consistent with its purpose which was to liven up a mojito or a daiquiri, not to appear on one of my lists of white rums (here and here) that stand tall alone. At the time, this was what such blancos were made for and what made them sell. That this one fails by today’s more exacting standards for white rums, is hardly its fault. We changed, not it.

A picture of some of the silver dry series over the decades, from the FB site HC Sammlung Hamburg 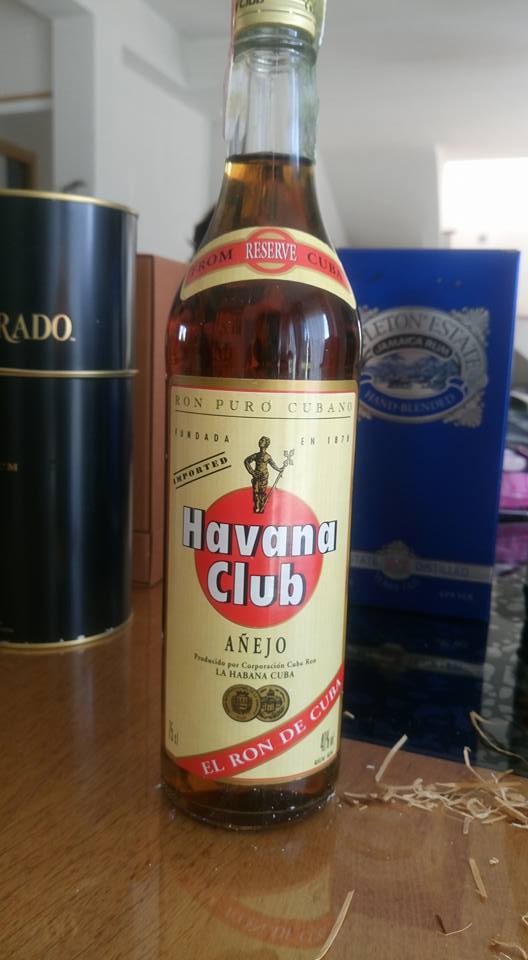 By now we are all aware of the two different kinds of Havana Club. This rum is the one from Cuba, not the Bacardi version made in “not Cuba” and hails from the 1980s which, coincidentally, is when I started drinking DDL’s King of Diamonds (a useless factoid, I know). No point rehashing well-known details of the brand, so off we go.

Nose – Oh well, very nice indeed, quite a few steps ahead of the Facundo Paraiso. Dare I say “the real deal”? Better not. Initially it smells very crisp and floral, with light “watery” fruits (pears, guavas, even watermelon), and then segues gently into something more creamy. Actually the aroma moves into heavier syrup-from-tinned-peaches territory after a while, but is redeemed from cloying heaviness by remaining reasonably light, adding some brine and genteel gone-to-seed flower gardens with too much earth. Some traces of toffee, tobacco, maybe a flirt of cinnamon. Gone too fast, alas.

Palate – What just happened here? Was that licorice, medicinals and plasticene I tasted? Indeed it was. Just as suddenly, it went limp again, but after standing for a while, with some effort, I could make out additional flavours of green peas (!!), apple juice, vanilla, nutmeg, caramel, cardamon…and some bitterness of over-zealous application of the barrel. Good potential, but ultimately unsatisfying and again, this being the era of 40%, really not intense enough, while interesting in its own way.

Finish – Well done, reasonably long for the strength. Cigar smoke, brine, some last herbal notes and a couple of olives. Dry and dirty and quite pleasant.

Thoughts – Nose and finish are the best part of the experience, with some nice points on the palate. Not as anonymous and boring as the Bacardis, yet lacks punch in its own way; and even though it may be churlish to grumble about the way rums were made back then, a few extra points of proof would have gone a long way to raising the labial volume to something higher.

Other Rumaniacs reviews of this rum can be found on the website.