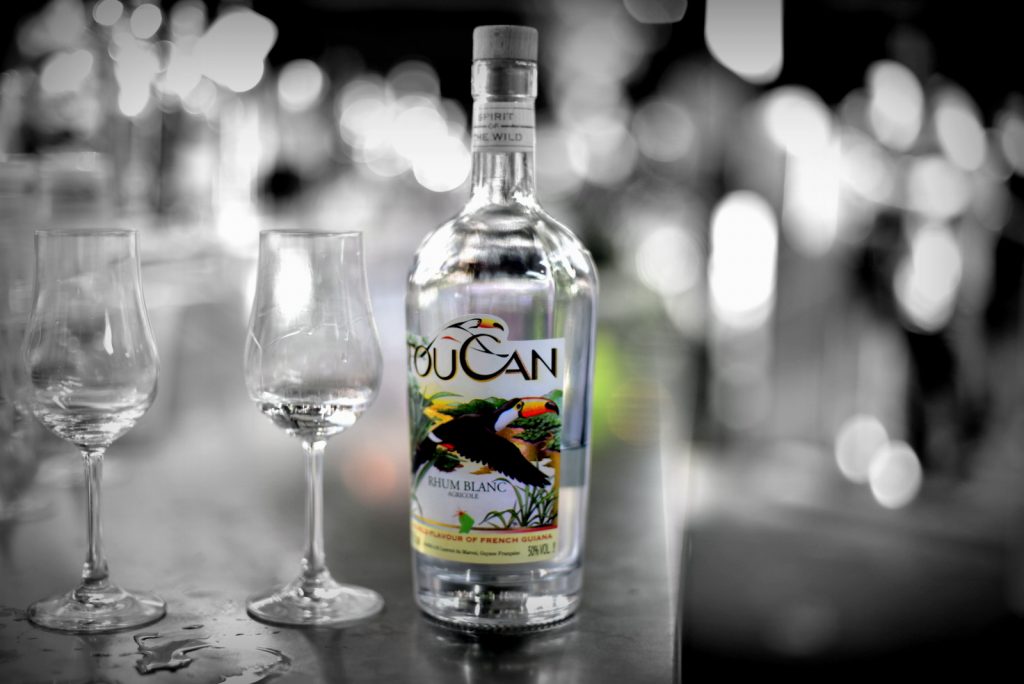 All these companies are small, discreet and self-effacing…almost humble. Oh sure, they use social media and have slick, marketing-heavy websites and show up on Facebook feeds off and on – who doesn’t, these days? – but what distinguishes them (to me) is both their relatively low-key digital footprint, and their equally unhyped but surprisingly good young rums. Especially the white ones, which I simply can’t get enough of. In this case, the 50% blanc.

What’s nice about it is immediately summarized by a nose of uncommon delicacy and (oddly) also of heft. It smelled of sweet light fruit – pears, watermelon, green grapes – but also of salty brine and olives, furniture polish, and something barely noticeable yet also…meatier. In that it reminded me of the Novo Fogo, though with rather more emphasis and braggadocio, due in no small part to the 50% ABV it was bottled at.

The palate continued that unhurried unfolding or flavour. It was smooth and pleasant (with a little nip from the strength, no getting away from that), initially tasting of fanta and 7-up, light citrus peel, pears again, a few indeterminate ripe fruits, and (get this) those salt-and-vinegar pringles chips. It was aromatic and redolent of these, and the salt and the sweet and the fruity notes melded nicely in a minor key that didn’t overwhelm, just led slowly down to a gentle finish which gave last hints of marzipan, sugar water, toblerone and nougat.

I must admit that furiously raw clarity of flavour and a powerful terroire profile is not this rhum’s thing. In fact, it’s rather restrained, almost demure, with each flavour shyly coiling out of the mix to tease and titillate before quietly subsiding, much like many of those Asian white rums I’ve been trying of late – Issan, Vientiane, Chalong Bay, Laodi. Like them, the Toucan white straddles the divide between too much and too little, between pillow and hammer, and finds the balancing point between them all. It’s an unassuming but really good white rum, one of an increasing number of unsung heroes of the blancworld which one should try for no other reason than to be pleased by something that wants to do nothing else.