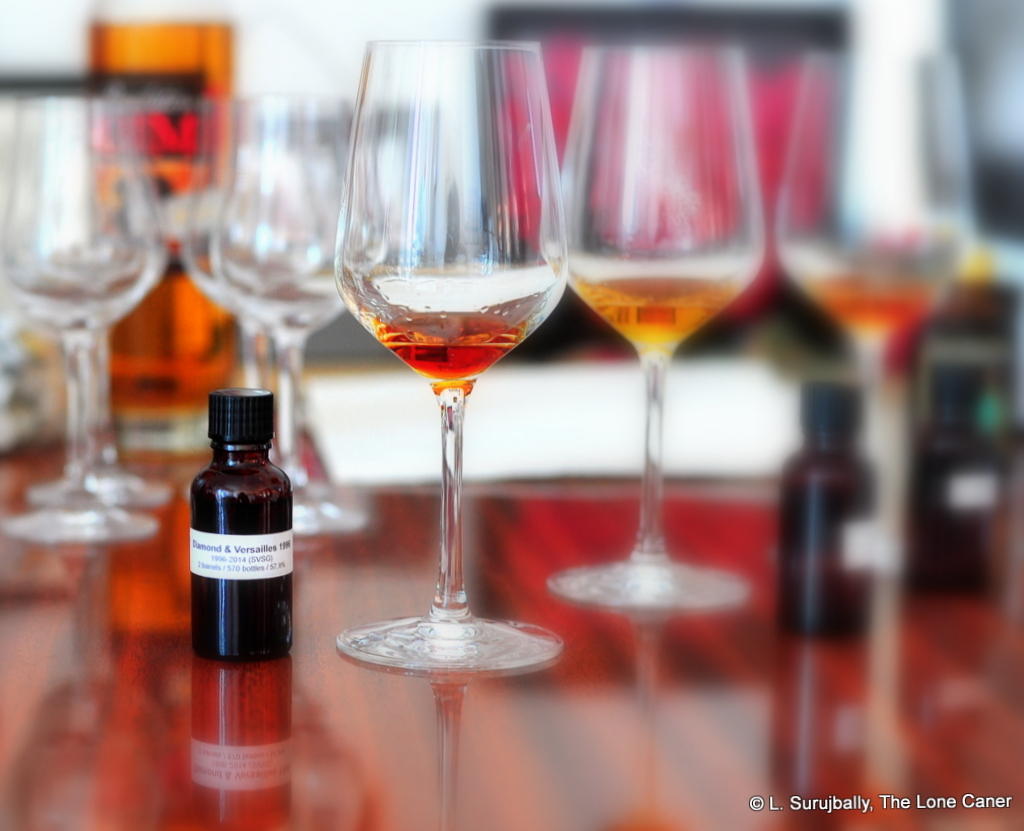 Sooner or later in these reviews, I always end up circling back to Velier, and for preference, it’s usually the rums from the Age of the Demeraras. It’s not that I have anything against the Caronis in their near-infinite variations, the Habitation’s pot still range, or the series of the New Hampdens, Villa Paradisetto or 70th anniversary. And I have a soft spot for even the smaller and more exactingly selected outturns of one-offs like the Courcelles or the Basseterre rums. It’s just that the Demeraras speak to me more, and remind me of the impact a then-relatively-unknown indie bottler had when it rearranged the rum landscape and worldviews of many rum aficionados back in the day. 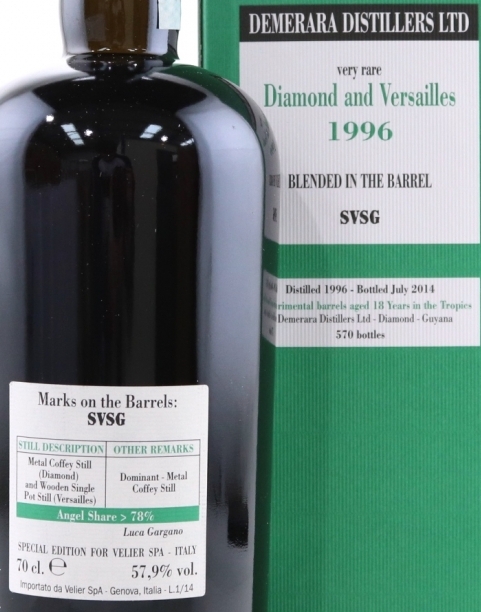 By the time this rum was released in 2014, things were already slowing down for Velier in its ability to select original, unusual and amazing rums from DDLs warehouses, and of course it’s common knowledge now that 2014 was in fact the last year they did so. The previous chairman, Yesu Persaud, had retired that year and the arrangement with Velier was discontinued as DDL’s new Rare Collection was issued (in early 2016) to supplant them.

While this rum was hyped as being “Very Rare” and something special, I am more of the impression it was an experiment on the order of the four “coloured” edition rums DDL put out in 2019, something they had had on the go in their skunkworks, that Luca Gargano spotted and asked to be allowed to bottle. It was one of four he released that year, and perhaps illustrates that the rabbit was getting progressively harder to pull out of the hat.

Still, the stats on the as-usual nicely informative label were pretty good: two barrels of serious distillates – the Versailles single wooden pot still and the Diamond metal coffey still (proportions unknown, alas) — yielding 570 bottles. A hefty strength of 57.9%; 18 years of tropical ageing while the two profiles married and learned how to live together without a divorce, and an angel’s share of about 78%.

How then, did such an unusual amalgam of a coffey still and a wooden pot still come out smelling and tasting like after so long? Like a Demerara rum is the short answer. A powerful one. This was a Demerara wooden still profile to out-Demerara all other wooden-still Demeraras (well…at least it tried to be). There was the characteristic licorice of the wooden stills, of course. Aromatic tobacco, coffee grounds, strong and unsweetened black tea; and after a while a parade of dark fruits – raisins, prunes, black dates – set off by a thin citrus line pf lemon zest, and cumin. Ah but that was not all, for this was followed some time later when I returned to the glass, by sawdust, rotting leaves after a rain, acetones, furniture polish and some pencil shavings, cinnamon and vanilla…quit a lot to unpack. It was fortunate I was trying it at home and not somewhere were time was at a premium, and could take my time with the tasting. 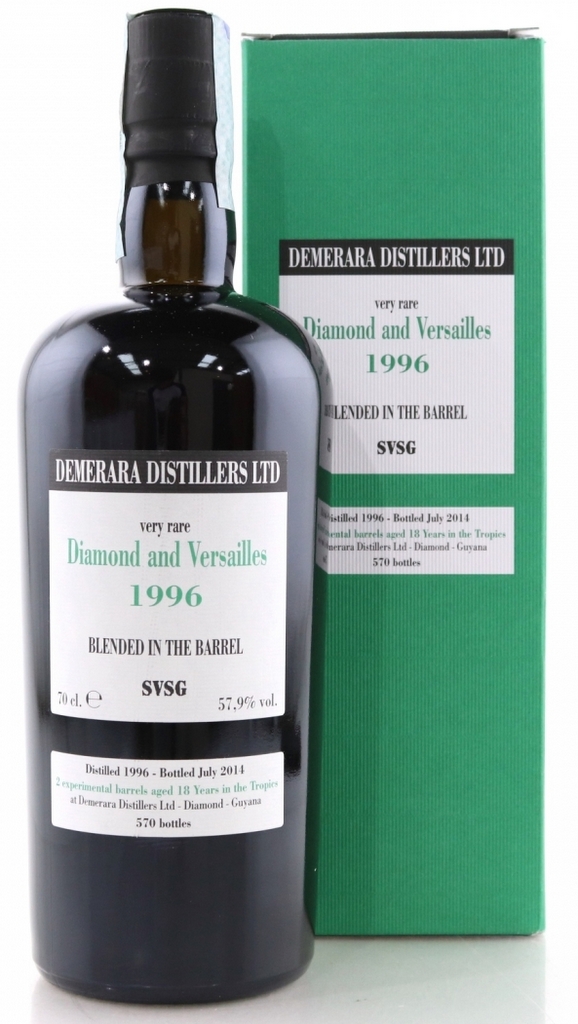 The nose had been so stuffed with stuff (so to speak) that the palate had a hard time keeping up. The strength was excellent for what it was, powerful without sharpness, firm without bite. But the whole presented as somewhat more bitter than expected, with the taste of oak chips, of cinchona bark, or the antimalarial pills I had dosed on for my working years in the bush. Thankfully this receded, and gave ground to cumin, coffee, dark chocolate, coca cola, bags of licorice (of course), prunes and burnt sugar (and I mean “burnt”). It felt thick and heavy and had a nice touch of creme brulee and whupped cream bringing up the rear, all of which segued into a lovely long finish of coffee grounds, minty chocolate and oranges, licorice again, and a few more overripe fruits.

Overall, not lacking or particularly shabby. Completely solid rum. The tastes were strong and it went well by itself as a solo drink. That said, although it was supposed to be a blend, the lighter column still tastes never really managed to take over from the powerful Versailles profile – but what it did do was change it, because my initial thinking was that if I had not known what it was, I would have said Port Mourant for sure. In some of the crisper, lighter fruity notes the column distillate could be sensed, and it stayed in the background all the way, when perhaps a bit more aggression there would have balanced the whole drink a bit more.

Nowadays (at the close of 2020), the rum fetches around £500 / US$800 or so at auction or on specialty spirits sites, which is in line with other non-specific Velier rums from the Late Age clocking in at under two decades’ ageing. Does that make it undervalued, something to pounce on? I don’t think so. It lacks a certain clear definition of what it is and may be too stern and uncompromising for many who prefer a more clear-cut Port Mourant or Enmore rum, than one of these experimentals. If after all this time its reputation has not made it a must-have, then we must accept that it is not one of the Legendary Bottles that will one day exceed five grand – simply an interesting variation of a well known series of rums, a complete decent sipping rum, yet not really a top-tier product of the time, or the line.

The jury is still out on how good (or not) the DDL versions are. So far I have not seen many raves about them and they seem to have dropped out of sight rather rapidly.