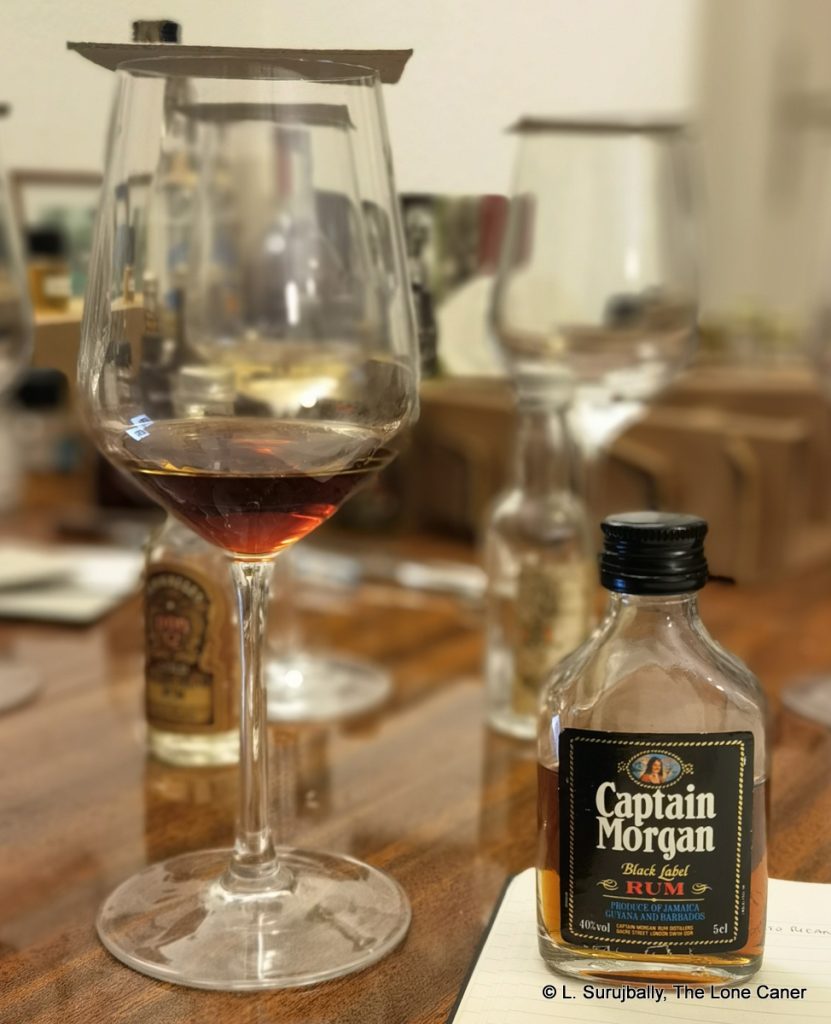 Captain Morgan, of course, requires no introduction, yet its history presented us with some interestingly convoluted pathways (R-139); it showed that although in its modern 2020s iteration it’s a throwaway piece of cheap spiced dreck, made with indifference and sold wholesale with what I can only conclude is contempt for its core audience, the fact is that once, not too far back, it had aspirations to being something quite a bit more interesting. More genuine. Almost a real rum.

We can date this one more accurately because the 70º on the label had been replaced with 40% ABV which went into effect in 1980, and since 1984 the “Original Spiced” came on the market so the blends were gradually (if not instantly) discontinued. This may be one of the last of the true multi-country blends, and in this case it looks like they were drawing down from all the casks they had in storage from Barbados, Jamaica, and Guyana.

Nose – Sweet stewed plums, cherries in syrup, Licorice, salt caramel, molasses, wood, pencils, tree bark and sap. A few fleshy fruits roaming around in the background, bananas, very ripe oranges, but too faint to make much of an impression.

Palate – Thick, sweet caramel and brown sugar dominate, with molasses, and a strong latte. Some apples, raisins, syrup and a few spices like cinnamon and nutmeg. It’s interesting and a far cry from the sort of thin pickings today’s spiced rums have become.

Finish – Short, to be expected. Mostly caramel, coffee, chocolate, licorice and some sawdust, with the slightest citrus hint cutting through.

Thoughts – This is why I like these old rums, and, even more, old rums that are the progenitors of today’s editions. No matter what the economic reasons that the rums of yesteryear were made the way they were, it’s obvious that even at the low strength at which they were issued back then, they were worlds apart, and better, than the modern variants with their crude sweetening and spicing: in comparison, the new “rums” are just ersatz products, pale imitations, and, in fine, dirty deeds done dirt cheap. 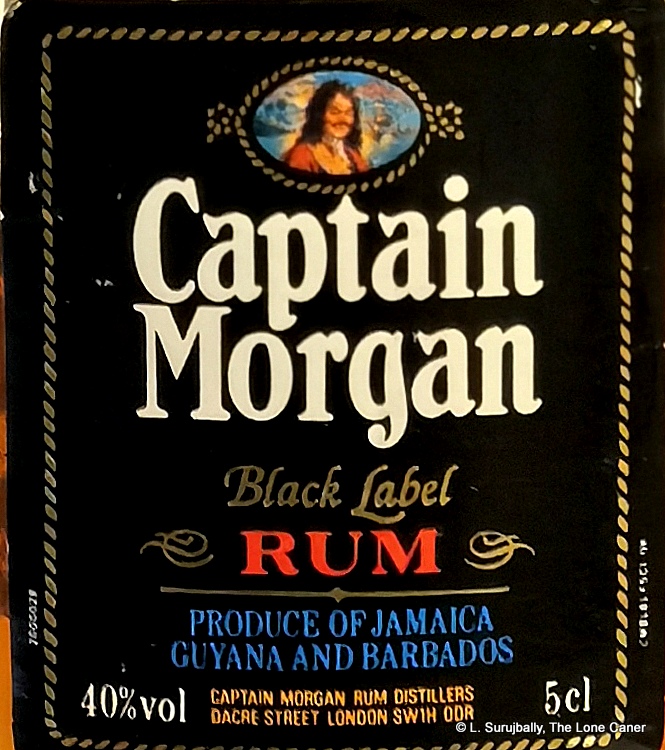