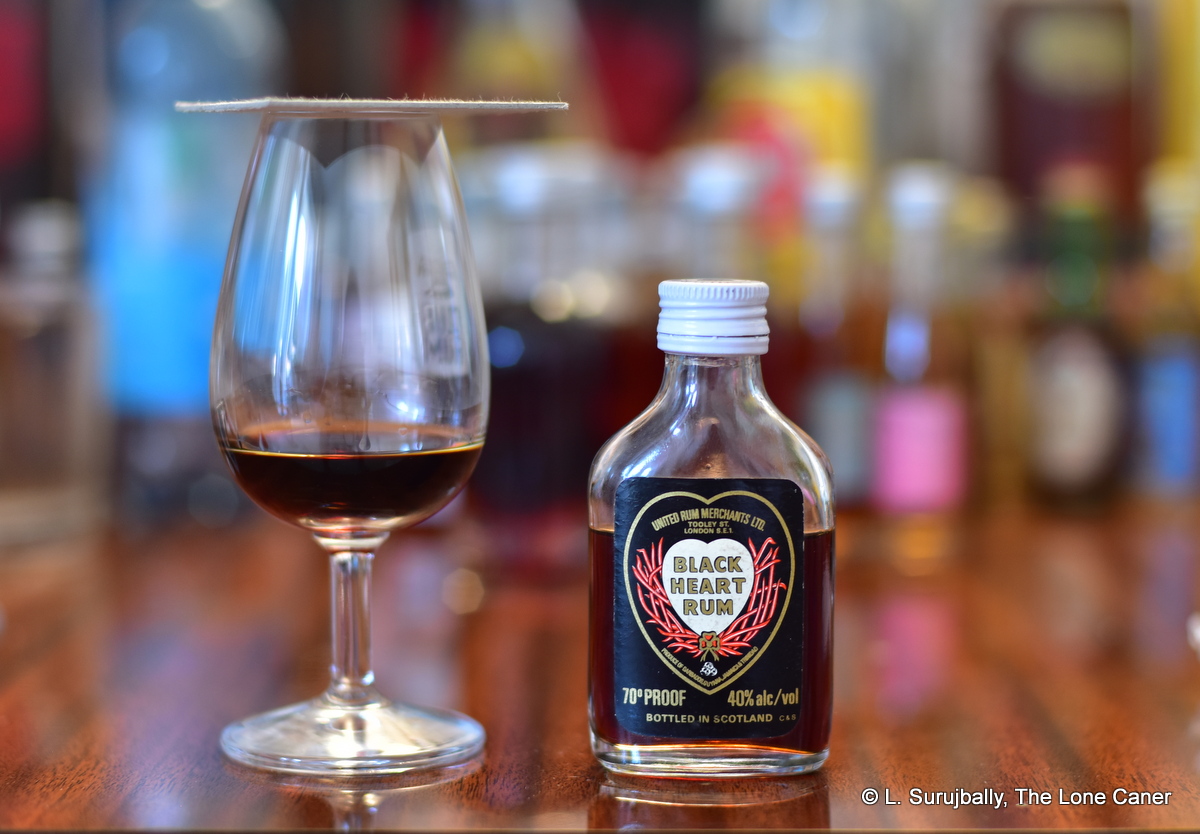 This rum is a companion of the various UK merchant bottlers’ rums which were common in the 1970s and 1980s. Examples are Lamb’s 70º Demerara Navy, Four Bells Finest Navy Rum, Mainbrace, Red Duster Finest Navy, Old Vatted Demerara rum, and so on. Many are made by now defunct companies and were Navy wannabes, or traded in on the name without being anything of the kind.

This one is an oddity since it was made by United Rum Merchants, that conglomerate which had swallowed up Lamb’s, Keelings and Dingwall Norris: they did supply rums to the navy at one point, and this rum, made from a blend of Barbados, Guyana, Jamaica and Trinidad rums, lacks only the proof to be considered a Navy rum. Except it is clearly not labeled as such, so we’ll just accept it as a blended rum and move on.

Dating: Made when the UK was still trying to go beyond the degrees proof (in 1980) but while this process was still not complete; and while United Rum Merchants was still located in Tooley Street, London and not yet taken over by Allied Domecq in the early 1990s. At this stage in the recent history of rum, blends were still the way to go – so like the Lamb’s 70º “Navy” it is a blend of rums from Barbados, Guyana, Jamaica and Trinidad. The proportions and distilleries and ageing (if any) are, of course, unknown.

One further point: the rum is extremely dark, so colouring is involved, and since the hydrometer notes the strength at 36.48% ABV, we can assume about 13g/L of added something-or-other. 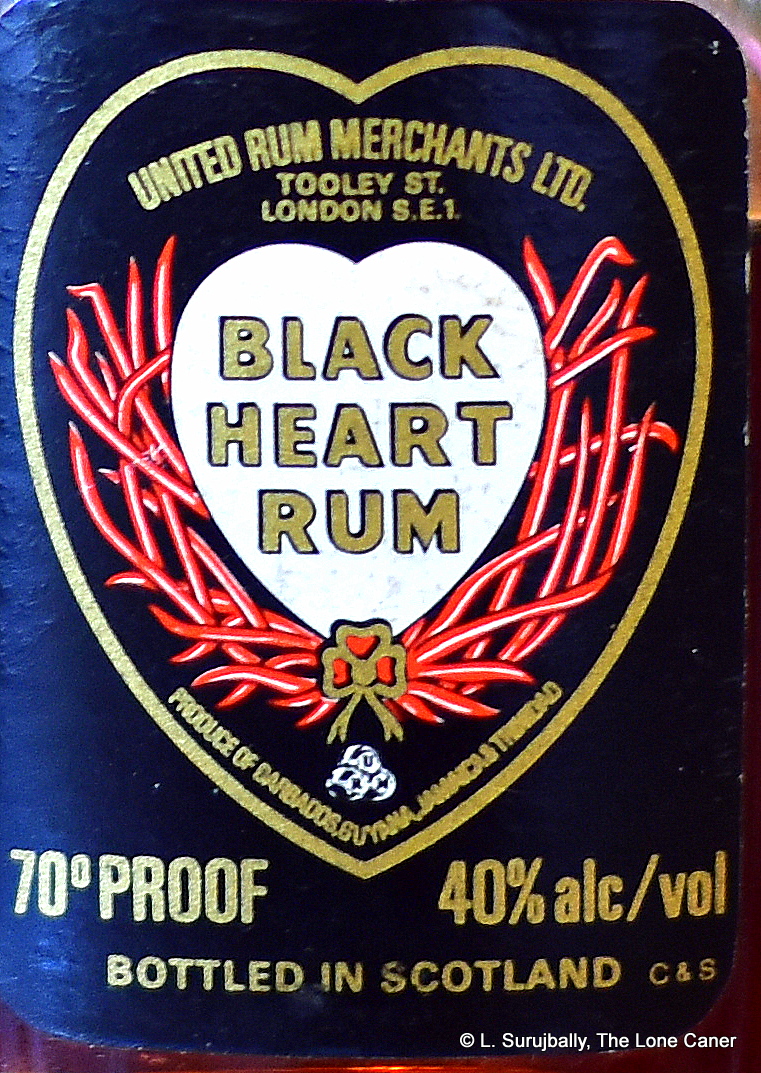 Nose – Meaty, gamey, salty. Are we sure this is 40% ABV? Feels more robust than that. Great aromas, though – molasses, caramel, brown sugar, raisins. Also some acetones and light tart fruits like gooseberries, soursop, to which is added a sort of bitter herbal note, and dark fruits going bad.

Palate – Much softer, one can relax here. Woody notes, molasses, brown sugar. What acidity and tartness there was on the nose is here much subdued, and not sweet, but thick and dusty and a bit like sweet soya.

Thoughts – It’s a surprise that a blend of four different countries’ rums — which I usually view with some doubt if not skepticism or outright dislike – works as well as it does. It’s not a world beater and displays rather more ambition than success. But it isn’t half bad, coming as it does from a time when indifferently made blends were all the rage.

Other – There’s some Guyanese Enmore or Port Mourant in there, I’d say, Bajan WIRD is logical for the timeframe and Jamaicans, well, who knows. I’d almost hazard a guess the gaminess in the nose comes from Caroni not Angostura, but I have no evidence outside my senses. That might work for empiricist philosophers like Locke and Hume, but won’t budge the rationalists on whose side I come down on here…so we’ll leave it as unanswered for now.