Inner Circle out of Australia is one of those rums originally made by a now-defunct company called the Colonial Sugar Refinery, which had a long history pretty much unknown outside its country of origin. Formed in 1855, CSR established refineries in Australia, New Zealand and Fiji by the 1890s, and in 1901 they opened a distillery in Sidney, using pot stills to make rums from Fijian and Australian cane. The Inner Circle brand name, which appeared in 1950, came from the limited high-quality rums they made for distribution to the favoured elite of the company and its clients, and around 1970 it got a broad commercial release in Australia: at that time it was bottled in three strengths, which in turn were identified by coloured dots – Underproof (38-40%, the red dot), Overproof (57% or so, green dot) and 33% Overproof (73-75%, black dot).

The distillery was sold off in 1986 (to Bundaberg) and the brand disappeared, though CSR remains as a company involved in manufacturing of building products, no longer rums. The Inner Circle brand was resurrected in 2000 by Stuart Gilbert (the Australian Olympic yachtsman) in concert with Malcolm Campbell, one of the distillers of the company who had the original recipe, and I believe they did so with the financial backing of the Australian VOK group, which also took over the Beenleigh Rum Distillery in 2003. The rums was resurreected and is now a Beenleigh product

The rum remains a pot still rum; and based on the label design, it was bottled just after 2004. Inner Circle confirmed to me directly that it was 2004-2007 (and if I could find the batch code on the label they could tell me the exact year), pure Fijian cane distillate (so not really Australian after all), minimum of two years ageing in bourbon casks, and this particular batch recipe is no longer being made – hence its inclusion in the Rumaniacs series. It’s still possible to find bottles for sale at reasonable prices, mind you — this one was bought at auction last year. 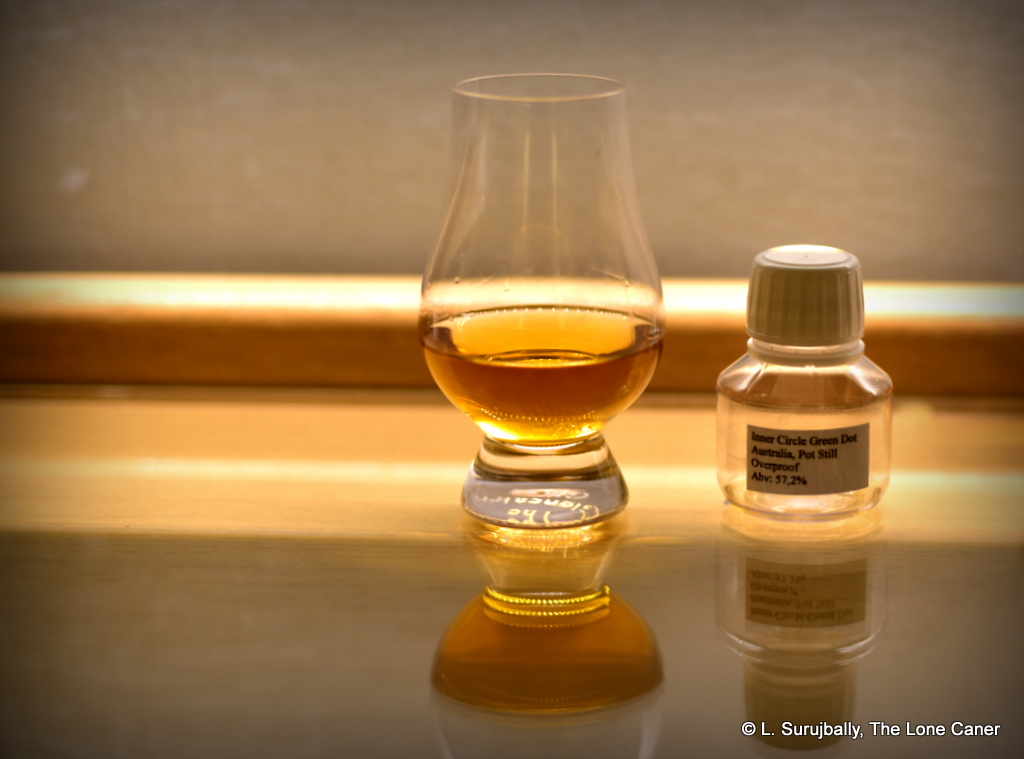