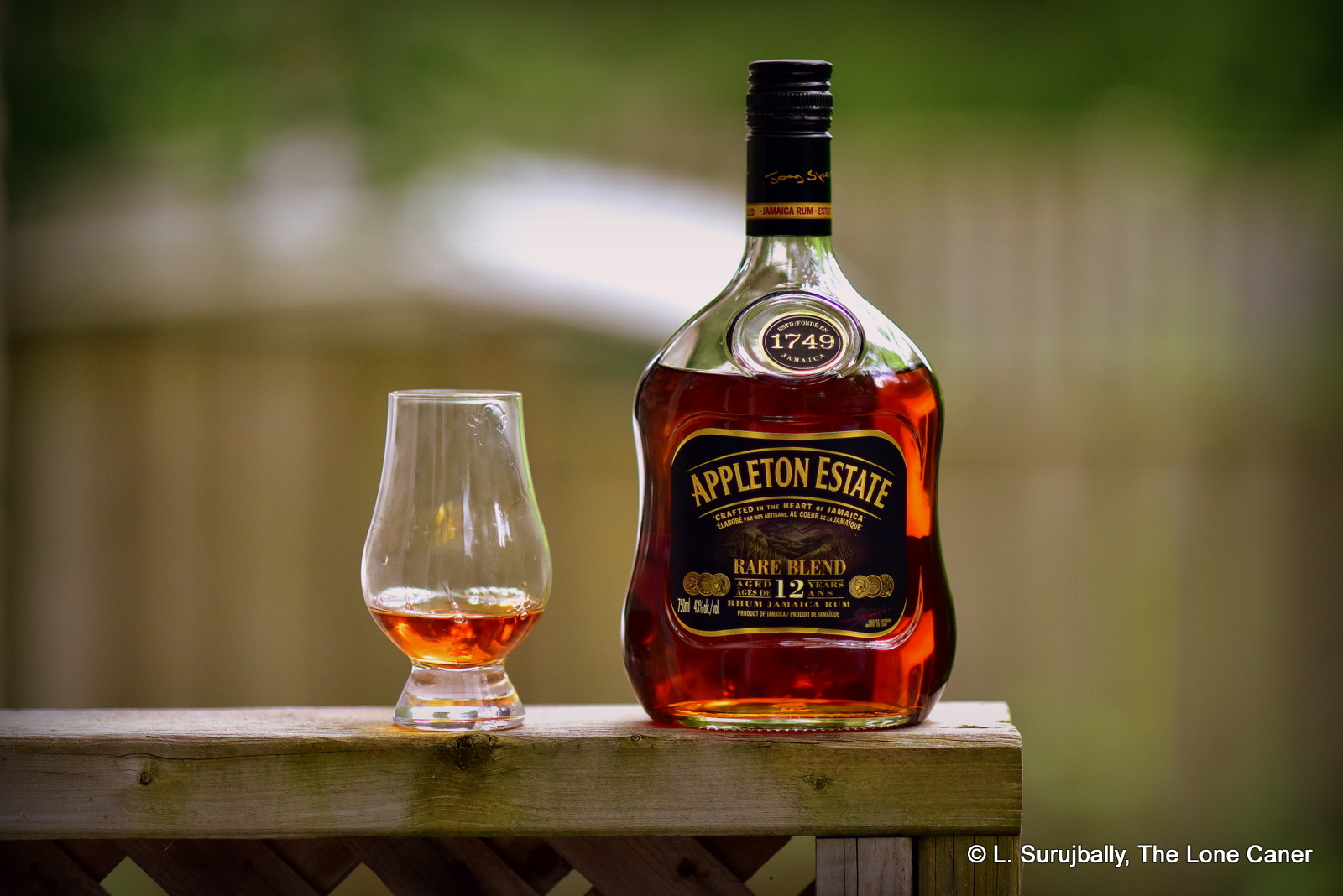 No matter how many other estates or companies make and market Jamaican rum, it’s a fair bet that when it comes to recognition, Appleton has cornered the market in their own land, much like DDL has in Guyana, or how FourSquare is currently dominating Barbados. Recently I ran a few Appletons past each other (it’s one of the few decent rums one can get in the rum wasteland that is Toronto), and while the 21 year old, Master Blender’s Legacy and 30 year old are not on sale there, the rebranded “Rare Blend” 12 year old was.

Re-tasting the rum after a gap of some eight years was eye-opening. My first encounter with it as a reviewer was back in 2009 and the short, unscored essay #5 came out in January 2010. Things have changed in the intervening years – my palate developed, tasting became more nuanced, preferences underwent alterations…and from the other side, the rum and the bottle were worked over. It was not the same rum I tried back then, nor like older versions from the 1980s and 1970s. But what was not so evident to me then and which is clear to me now, is that the Appleton 12 year old rum in all its iterations over the years, is one of the core rums of the island and the style, a sort of permanent marker that almost defines “Jamaica rum”. If one ever asks me in the future, what rum from there should one get first, or which rum should serve as a cornerstone of the Jamaican shelf, I’m going to point at it and say, “That one.”

This is because of its overall solidity of its assembly. Consider how the nose presented, warm, just short of sharp, well constructed and pleasantly complex – it started with molasses, bananas, cream cheese, brine and dates, some citrus, cinnamon and apples just starting to go. It provided a little oak (not much), and some tar, anise, vanilla and brown sugar, all very tightly and distinctly constructed – an excellent representation of everything Appleton stumbles a little on with their younger iterations, and which they amp up — not always as successfully — in the older ones. 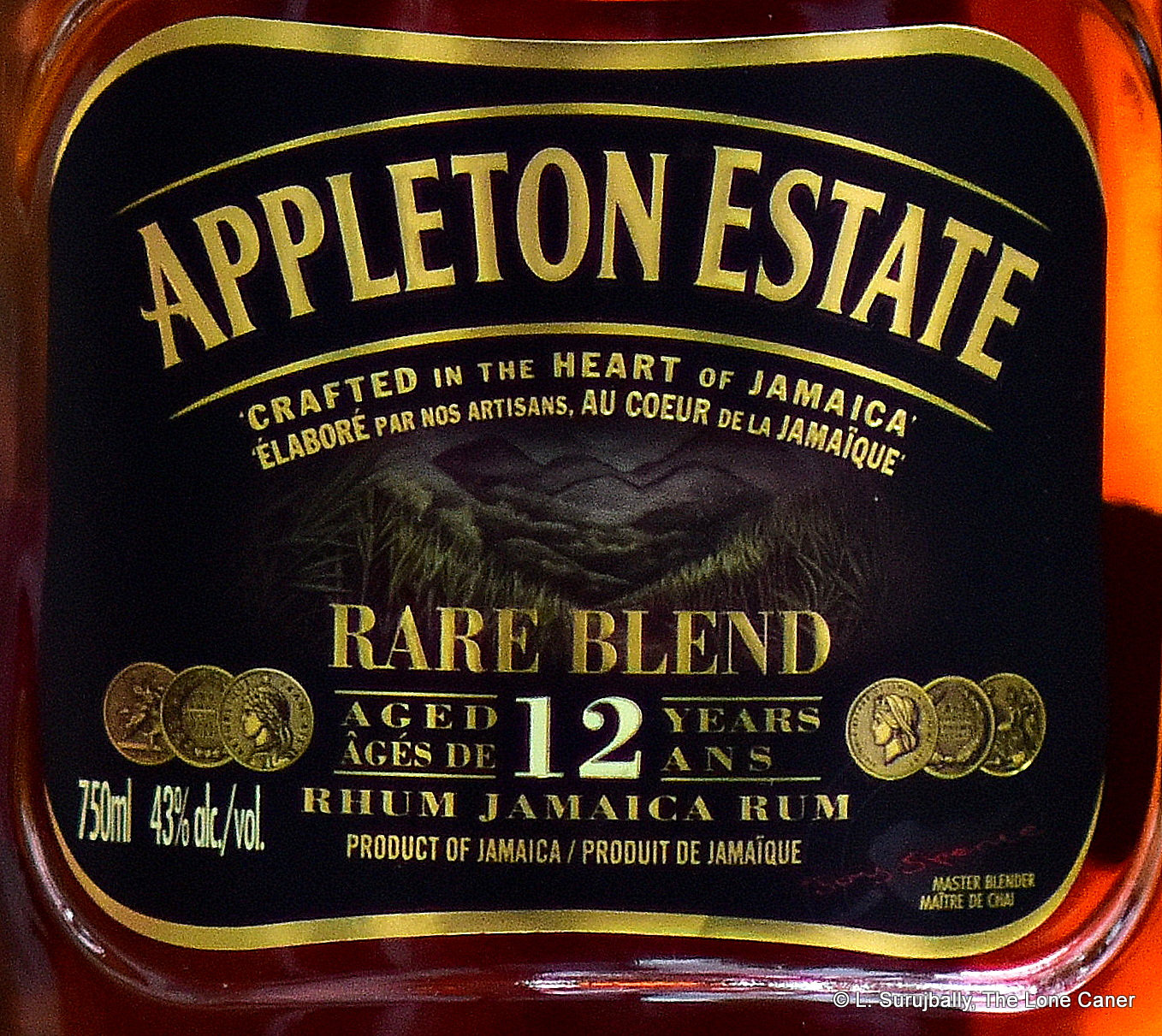 The real key to capturing the rum’s essence is is the taste. How it feels in the mouth, how it develops over time. The palate is not particularly different from what one sensed on the nose, and I don’t think that was the intention – what it did was consolidate the gains made earlier, and build gently upon them, to provide a sipping experience that is a great lead-in to new drinkers wanting something upscale, without disappointing the hard core whose taste buds are more exacting. It was smooth and velvety, the characteristic Jamaican funk present and accounted for (without actually becoming overbearing). Salty caramel ice cream, stewed apples, citrus, cinnamon, gherkins in brine, vanilla and tannins for a little edge (perhaps a shade too much, but I wasn’t complaining). After some time one could sense the background of rotting bananas, some herbals and perhaps a whiff of dill. The finish, while short, was warm and mellow, and gave up a last whiff of dates, caramel, more brine, and overall I’d say the rum was not overly complex, but the balance between the various components simply could not be faulted. That’s what makes it a good all-round mid-tier rum.

Now, I don’t want to give the impression that the 12 is a fantastic 95-pointer on par with or better other exceptional Jamaicans which I have scored high in the past. It’s not. It lacks their individuality, their uniqueness, their one-barrel dynamism and exacting natures, so no, it’s not that. What makes it special and by itself almost be able to serve as a stand-in for a whole country’s rums, is that it encapsulates just about everything one likes about the island at once without shining at any one thing in particular or pissing anyone off in general. It’s a rum for Goldilocks’s little bear – it’s not too hot and not too passive; not too massively funky, yet not too dialled-down either; no one aroma or taste dominates, yet the final product is of a remarkably high standard overall, self-evidently, almost emphatically, Jamaican. Best of all, it’s affordable for what it provides, and I consider it one of the best price-to-quality rums currently extant. In short, while it may not be the best rum ever made in Jamaica, it remains a quiet classic on its own terms, and one of the key rums in any rum lover’s cabinet.