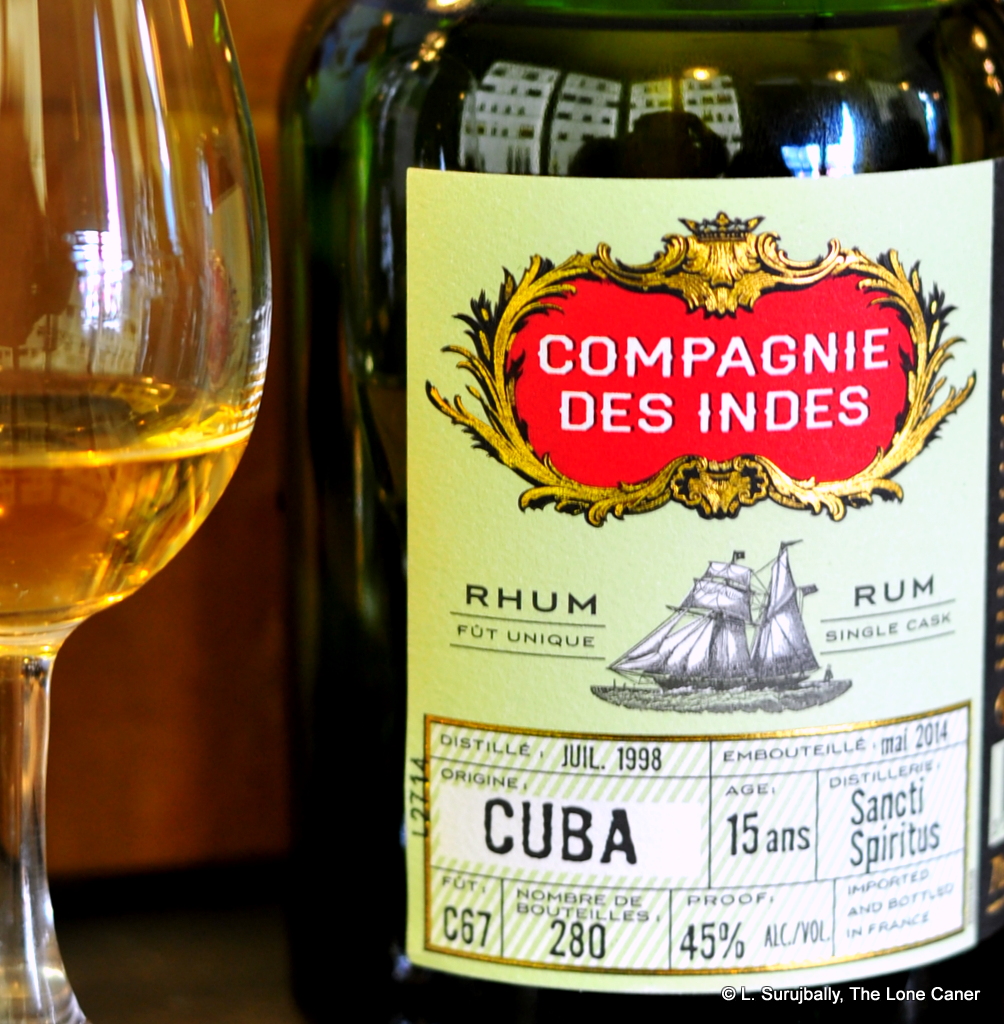 For every small craft maker that opens its doors and tries to make its mark on the rum world, yet fails to rise to the levels of its own self-proclaimed quality, there’s another that does. I’m going to go out on a limb, and remark that if this one sterling 15 year old Cuban rum (with a 280-bottle-outturn) is anything to go by, Compagnie des Indes is going to take its place among the craft makers whose rums I want to buy. All of them.

Let’s get the history and background out of the way. The founder of this French company, Mr. Florent Beuchet, drew on his background in the rum and spirits business (his father owns a winery and absinthe distillery, and Mr. Beuchet himself was a brand ambassador in the USA for Banks Rum for a couple of years) to open up a craft shop in 2014. If Mr. Beuchet was trying to evoke the atmosphere of the long-ago pirate days, he certainly started the right way by naming his company as he did. I grew up reading the histories of the violent, corrupt, exploitative, semi-colonial powers of the great trading concerns of Europe in the Age of Empires – the British East and West India Companies, the Dutch East India Company, and many others. So right away we have a whiff of deep blue water, wooden sailing ships with snapping sails and creaking hawsers, and all their noble and happy traditions of rum, buggery and the lash…and we haven’t even cracked the bottle yet.

All the usual suspects are represented in the company’s limited edition bottlings – Guadeloupe, Belize, Guyana, Trinidad, Barbados and Jamaica are some examples – but he has also bottled blends like the Latino and the Caraibes (reviewed by my buddy Steve on Rumdiaries, here), plus stuff I can’t wait to get my mitts on, from Fiji and Indonesia. And then there’s this one, from Sancti Spiritus in Cuba, bottled at 45%. 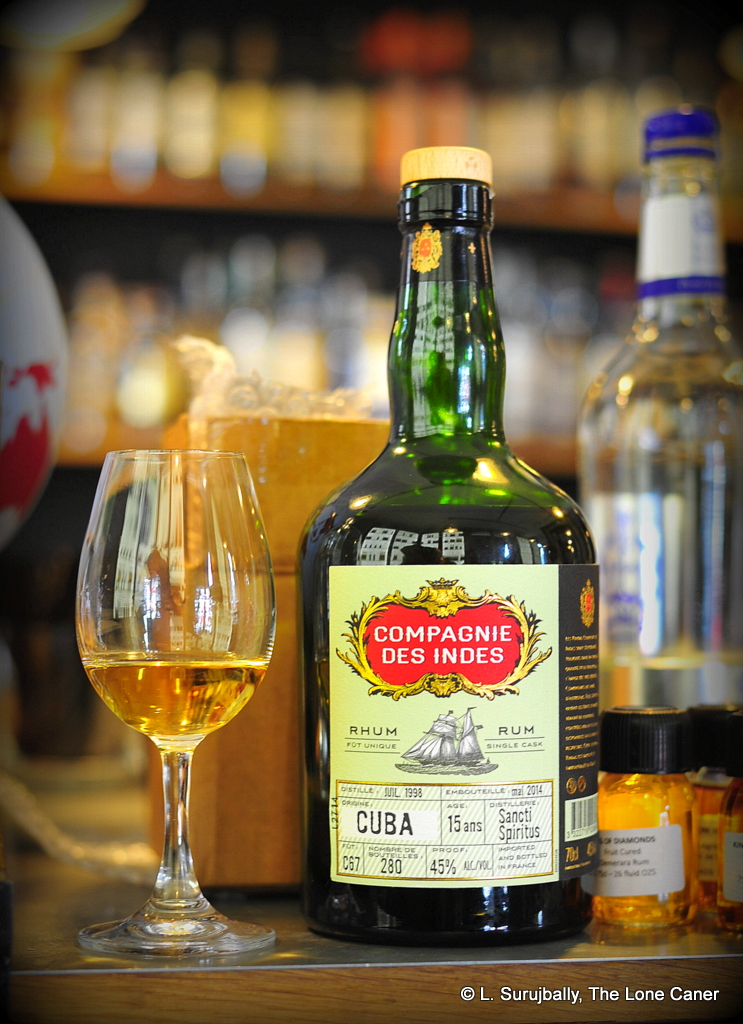 The first whiff of nose that greeted me after decanting the straw-brown rum was the raw musky scent of honey still in a beehive. It was warm, light, aromatic, a pleasure to inhale. Wax, cinnamon and cloves joined the party, and then it became unexpectedly and slightly dry as it opened up. After letting it stand for a few minutes, I tried it again, remarked on its clean and clear aroma, and then to my astonishment noticed not only cedar, sawdust straw and smoke…but also mauby, a local (non-alcoholic) drink made from tree bark in the West Indies.

Well now, this I had to get more of, so I went straight into the tasting, and found no disappointment there. The driness persisted – not unpleasantly – and the rum presented light and clear as the nose had suggested. It coated the tongue nicely – it was…well, clingy, I suppose (and I mean that in a good way). There again was that slight bitterness of unsweetened mauby, but also a delicate and slightly sweet floral note. The heavier honey scents were not totally absent, merely hinted at, allowing other flavours to come forward. White guavas, coconut, lavender, some sage even, all tied together by faint mint and tea leaves crushed between the fingers. The finish was excellent – not long, fruity and floral at once, smooth and heated, leaving me not only without any complaints, but hastening back to the bottle to try some more.

Although I have a thing for darker Demerara rums, a specimen like this one makes me think of throwing that preference right out of the window. I can happily report that the Cuba 15 year old is quietly amazing, one of the best from that island I’ve ever had. If Descartes was correct about the separable existences of body and soul (supported by Plato, whose Phaedrus was a winding literary excursion arguing for the soul’s immortality) then we might want to apply the concept to this rum. We’ll drink the thing down and enjoy every sip, and then it’ll be gone, but forget it we never will. Rums aren’t humans, of course, and have a shelf life usually measured in months, not decades….perhaps their continuance in our memories and affections is the only real immortality to which such a transient substance can aspire. In this case, rightfully so.