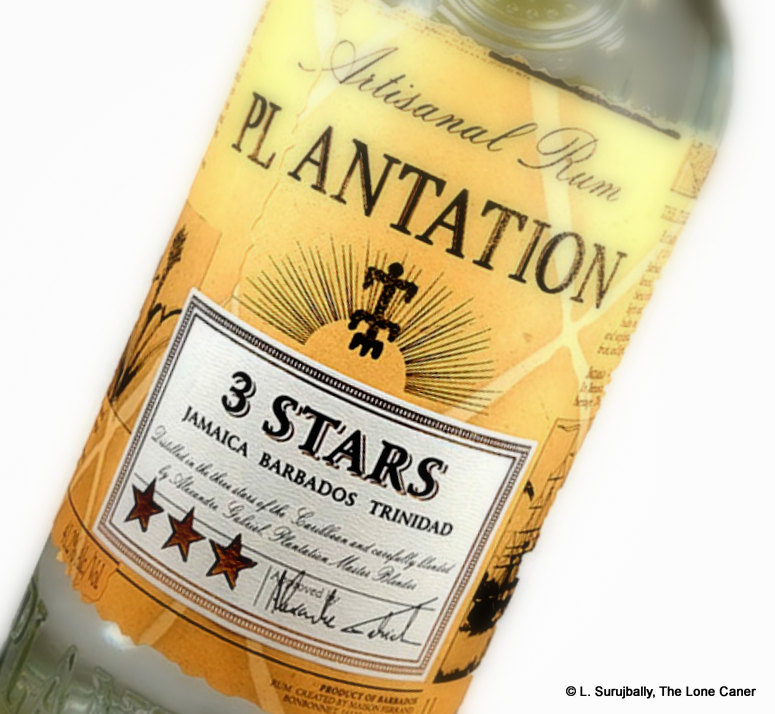 This essay is a companion price to the review of the Plantation 3 Stars White Rum.

You have to go back to around 2011 to understand something of the regard in which Plantation 3-Stars white continues to be held. Then, just as the renaissance of rum was gathering a head of steam, just as cask strength pure single rums were getting noticed, at a time when unaged white rums were hardly taken seriously outside the French islands, bartenders were faced with a dearth of workhorse mixing rums that weren’t just some boring column-still vodka wannabes.

They were working with and hobbled by holdovers from the 1980s and 1990s, when Bacardi’s light rums held more than half the global market share of rum, when flavoured and spiced rums were chasing flavoured and spiced vodkas in ever more ridiculous cocktails but when nothing was left to service the common standards except for cheap ‘n’ easy whites like the Bacardi Blanca … hardly the most original fare available. Such light rums provided a shot of alcohol, disappeared into the cocktail and left nothing but a cheshire grin behind to mark they were ever there, and almost all other whites for that purpose followed this model.

Into this gap came Plantation, a new and scrappy little indie rum bottler, who loudly blared the superiority of the whole secondary ageing and dosage business upon which their rum-making model rested (even then the stance raised eyebrows), and set out to make a new white character-driven mixing rum for bartenders, similar to what Ed Hamilton was doing with his Lemon-Hart-slaying 151 at around the same time. Plantation’s smartest move was to consult with bartenders, bring bartenders into the process of testing, and then market the hell out of the resulting blend to bartenders (and their bars). They did all that because they wanted to have early acceptance by those who would use it most, and for it to be versatile enough to be useful to those same people in classic cocktails like daiquiris.

What they finally came up with and released in 2012, was a blend of a 3YO Trinidad filtered white rum, unaged rums from Barbados and Jamaica, and a small portion 12 YO Jamaican, and this has remained mostly the same ever since (currently the webpage refers to it as being “a blend of Barbados unaged, Trinidad 2-3 year old, Jamaica unaged and a touch of Jamaica 10 year old”). The response was immediate and enthusiastic. The rum sold like hot cakes, it became a bar staple overnight, and the reviewers of the time gave it glowing encomiums, calling it “outstanding”, “an excellent cocktail rum”, “one of the best whites I ever had…”, and that “…it redefines white rum.”

It took until 2015 for the first and more indifferent review to hit the newsstands, and that was The Fat Rum Pirate, who rated it two stars and commented rather restrainedly (for him) that he wasn’t impressed and it didn’t blow him away in a mix. Few other website-based reviewers ever bothered to write about it after that — the emergent Foursquare-Ferrand polarisation of the rumworld surely didn’t help — and these days you’ll get most opinions on reddit or RumRatings.

That wasn’t and isn’t really the whole story, though, because it suggests the rumworld remained static and no other mixing rums entered the fray. Had that been the case, perhaps the 3 Star would have held on to its position as a premier mixer a bit more.

But in the decade since its introduction, other rums rose to compete with it (if not actually supplant it). El Dorado’s own 3 YO is one of the better ones; and there is Havana Club 3 YO, Flor de Caña 4 YO White, Beenleigh’s new underpowered 3 YO, plus old faithfuls like Bacardi Blanca and Superior, or Don Q Crystal, a raft of indifferent Panamanian blancos. But the main thugs out to blacken the 3 Star’s eye are the Probitas/Veritas Jamaican/Barbadian blend released by Foursquare, the titanic twins of Worthy Park’s Rum Bar and Hampden’s Rum Fire (Appleton / Wray’s Overproof has always been around), the ever increasing footprint of young or unaged white agricoles, and, of course, the brutal clairins of Haiti which make killer daiquiris Plantation could only dream of in 2012. Against these flavour bombs, the rather meek-in-comparison flavour profile of Plantation’s 3 Star rum doesn’t bring much to the table any more.

Moreover there is an emergent strain of creative bartenders who are unacknowledged — but very real — non-brand competitors as well. These gals and guys, with options on their shelf I could only have dreamed about a decade ago, are hot snot enthusiastic about creating their own “house” blends of rums from any number of pure base rums to which they have access. These are made into concoctions that punch up aspects their creators want in their own cocktails or house drinks, that have bigger and bolder flavours and which take the best of all worlds into a single blended rum no other company is making. As Robin Wynne from Toronto remarked to me when I solicited his opinion, “You could probably blend El Dorado 3YO, RumBar Silver, Chairman’s Silver, Doorly’s White and come up with a better blend. 3 Star is safe, but I want flavour.”

Against these kinds of orcas snapping at its fins, you’d think the Plantation 3 Star is having a hard time holding on to its market position. But I argue that what it lacks in adaptability or boldness as a rum, it makes up for in its ubiquity, versatility and ease of use… and, not to be underestimated, its continuing affordability. I have heard stories about huge cash back incentives for bars, and selling at close to, or below, production cost to capture market share in that segment, while pricing it higher (but still affordably) in retail to give the illusion of value, but the upshot of such practices (if true) is of course to allow it to continually move cases, and to some extent to undercut the supplier distilleries who provide the cheap bulk but also make their own whites in direct competition, but at higher prices. It’s the Bacardi pricing model of the 1960s-1980s, the one that allowed them to dominate the Caribbean distilleries for decades, and kept them tied down as bulk commodity-level suppliers.

That aside, and like it or not, the rum can be used all over the place, and it is certainly priced to move, which are the very attributes it used itself to dethrone the white mixers that came before it. It’s competitive edge therefore arises from being a low cost “every-rum” that can be easily found, used a lot and has some chops — and in that capacity it continues to sell, be used, and drunk, in quantities that justify its production to this day.

Overtaken it might have been, but it hasn’t hit its sell-by date just yet, and it would be a mistake to count it out too quickly. It will likely continue to remain in service for the foreseeable future.