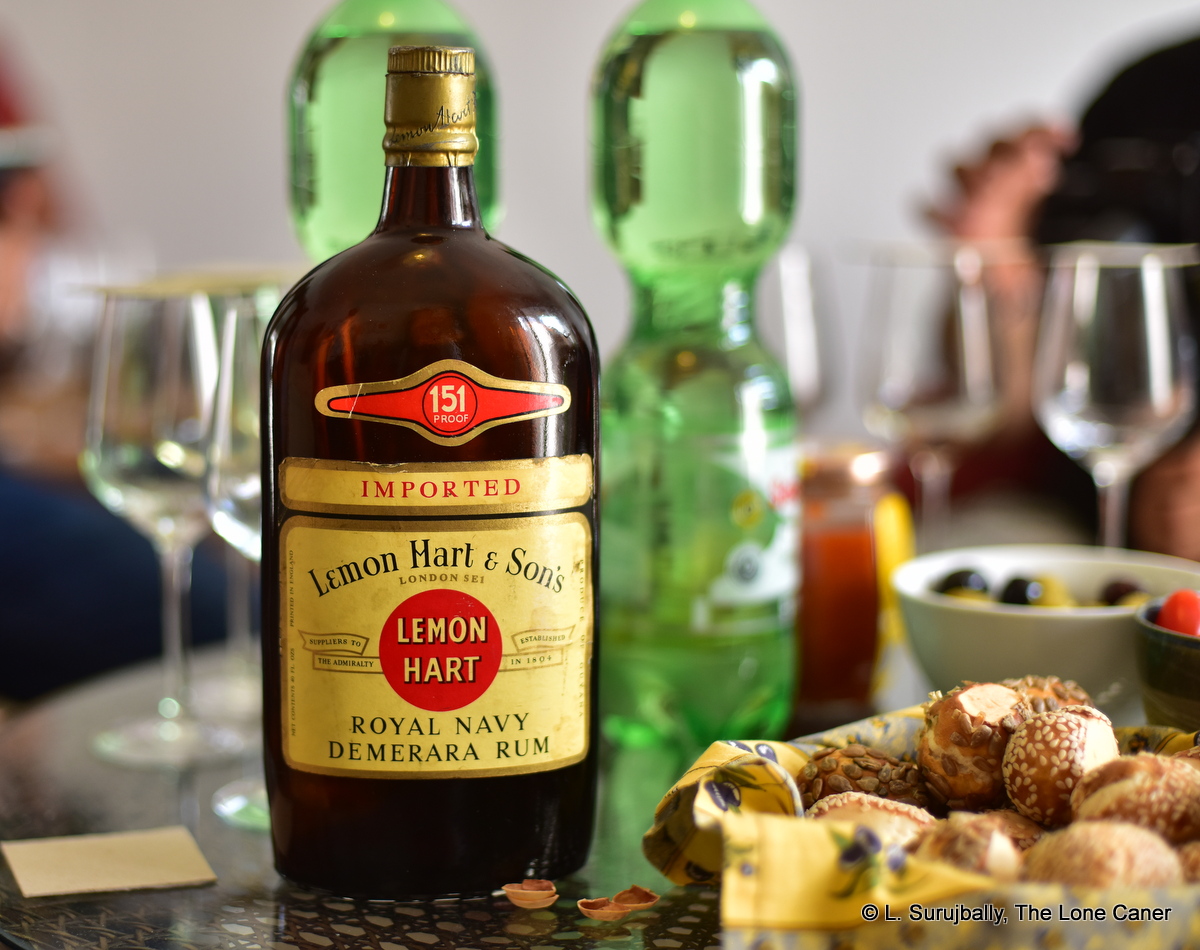 Lemon Hart needs no further introduction, since the brand is well known and reasonably regarded – I’ve written about quite a few of their products. Their star has lost some lustre of late (though one of their recent 151 releases from 2012 or thereabouts found much favour with me), and it’s interesting that Ed Hamilton’s own line of 151s was specifically introduced to challenge the equivalent LH, if not actually supplant it. With so much going on at the high end of the proof-list these days, it’s good to remember what Lemon Hart was capable of even as little as 40-50 years ago, and revel in the courage it takes to crack a bottle released at 75.5% ABV.

For further information on the whole 151 series of rums and the whys and wherefores surrounding them, see this article on those beefcakes.

Nose – Holy hell, this thing is intense. Blackcurrants, molasses, raisins, licorice, dark ripe fruits galore, and even more molasses. It’s like they poured the deepest darkest flavours imaginable from some kind of rum gunk residue into a barrel, let it steam for a while, and then grudgingly decided this might be a mite too powerful for the unwary, and added some flowers and crisp white unripe fruits – sharpish pears and green apples, that kind of thing. Then, still dissatisfied, found a way to soothen the final nose with some additional vanilla, caramel, light briny aromas and some musty-dusty scents of long unopened books 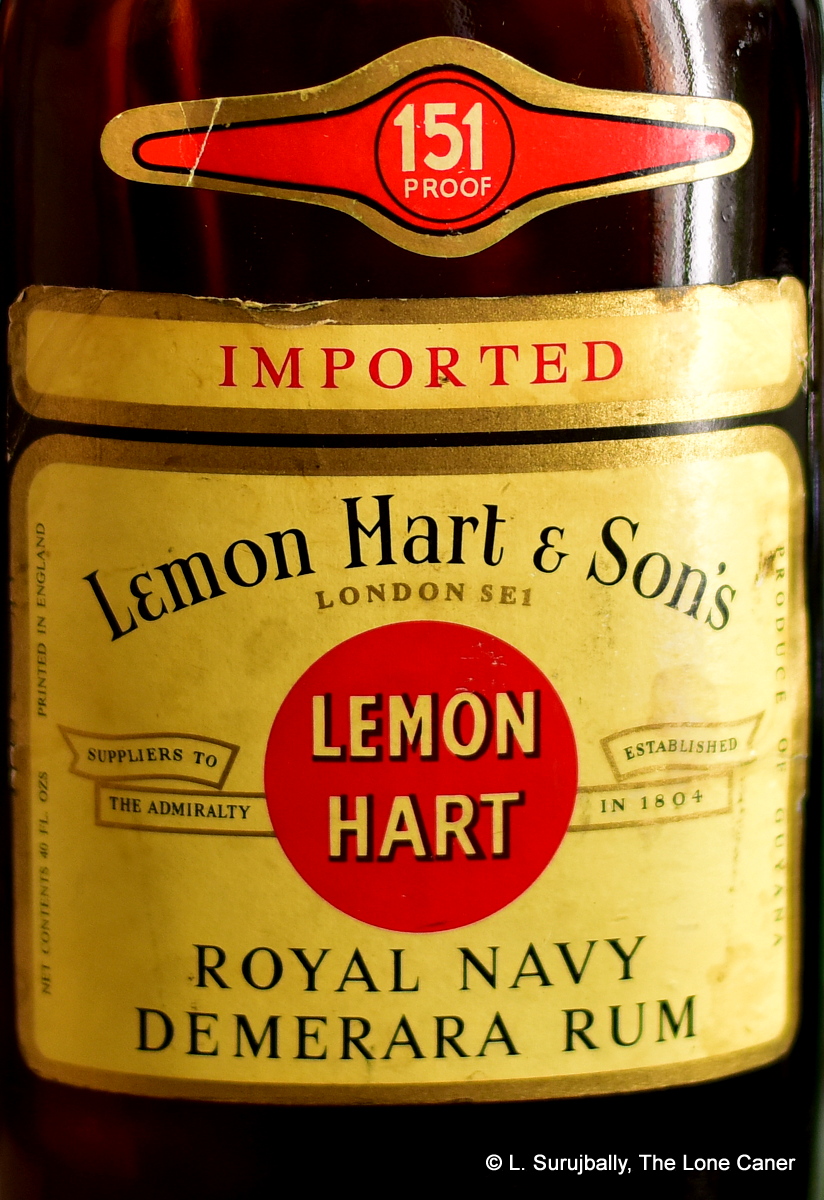 Palate – Even if they didn’t say so on the label, I’d say this is almost completely Guyanese just because of the way all the standard wooden-still tastes are so forcefully put on show – if there was anything else in there, it was blattened flat by the licorice, plums, prunes and cloves bearing down like a falling Candy of the Lord. It remains musky, deep and absolutely massive right to the end, and even adds some salted caramel ice cream, Danish butter cookies, almonds, cloves and crushed nuts to the mix, plus maybe a bit of citrus.