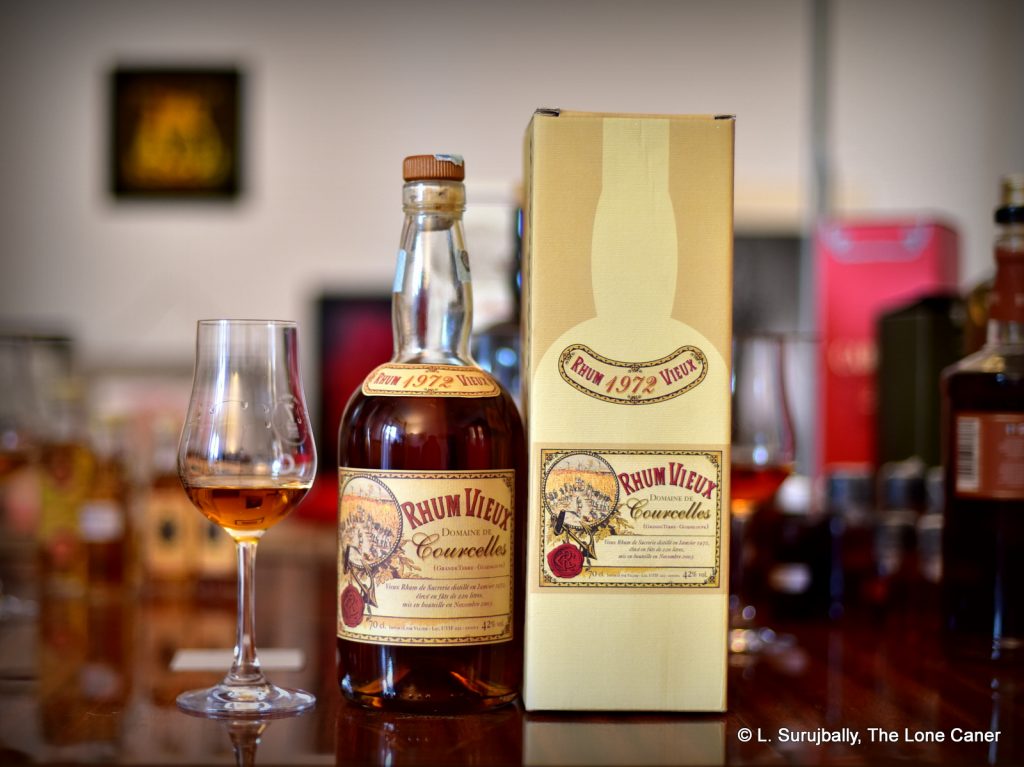 These days, anyone finding a rum three decades old had better hold on to it, because they’re getting rarer all the time. As prices for the 1970s and 1980s rums climb past the fourth digit, locating one can be an equally fortunate and frustrating exercise…depending on how it turns out. As to why Velier chose to issue two rums of the same distillation and aging dates, at two different strengths, well, we know he has done this before, most famously with the entire Caroni line and some of the pre-Age Demerara rums.

Of course, it’s possible that Velier in this instance worked on the principle of taking a the entire outturn and bottling some at cask strength and the remainder at a more quaffable proof appealing to a broader audience. That’s reasonable, I guess (L’Esprit does the same) – yet although the 54% Courcelles 1972 and this 42% version share the same years, there’s a difference in that the 54% was laid to rest in steel vats for nearly two additional years, and both are referred to as the dernière distillation which suggests that a bunch of barrels were involved, each with its own peculiarities.

And those peculiarities are important because they make this softer rhum individual on its own merits and different from its brawnier frere. Take the nose for example: it’s lovely and sweet, light without actually being delicate. It presents bags of light fruit – pears, ripe apples, watermelons, cherries – that go on forever, to which are added soft red-wine notes, honey, thyme and a drizzle of hot caramel on vanilla ice cream. In a way it reminds me a lot of the Savanna 15 Year Old Porto Finish from Reunion (haven’t written about this yet), but somewhat deeper even so, because the scents grow richer over time in spite of its relatively low proof point and their overall mildness. 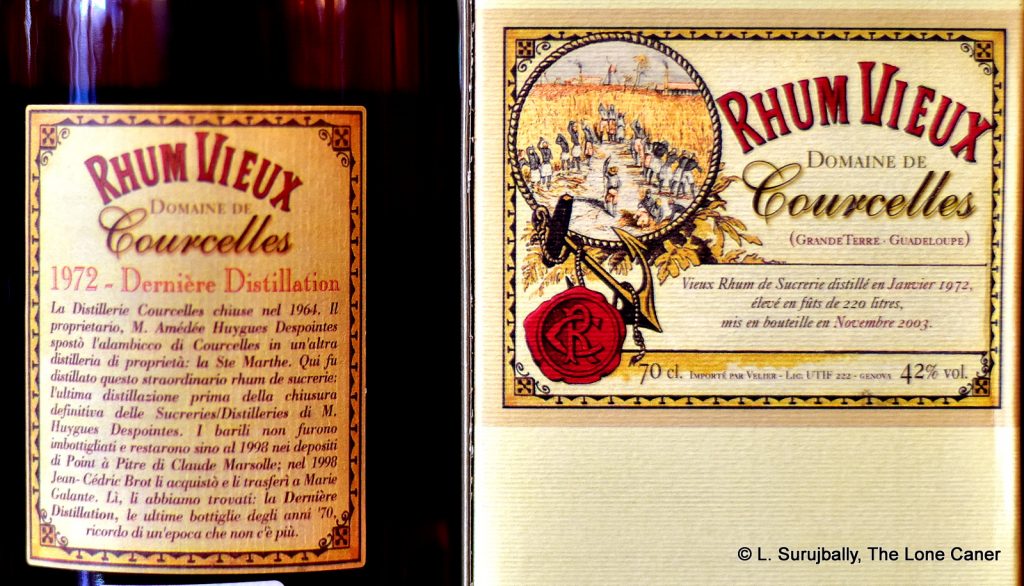 After writing up my notes, I keep coming back to how differently it presents when rated against the 54% version – it’s like they are different branches from the tree, growing in different directions while still conforming to underlying and consistent standards (many of the tasting components, for example, are quite similar). The 42% iteration, I have to somewhat reluctantly note, is less when placed next to its masterful stronger sibling. On its own, with nothing else to compare it to, it’s quietly, subtly brilliant and will not disappoint the casual drinker. But side by side, its potential clarion call is muted and dialled down, it is deferential and says much less…and when it does, it whispers.