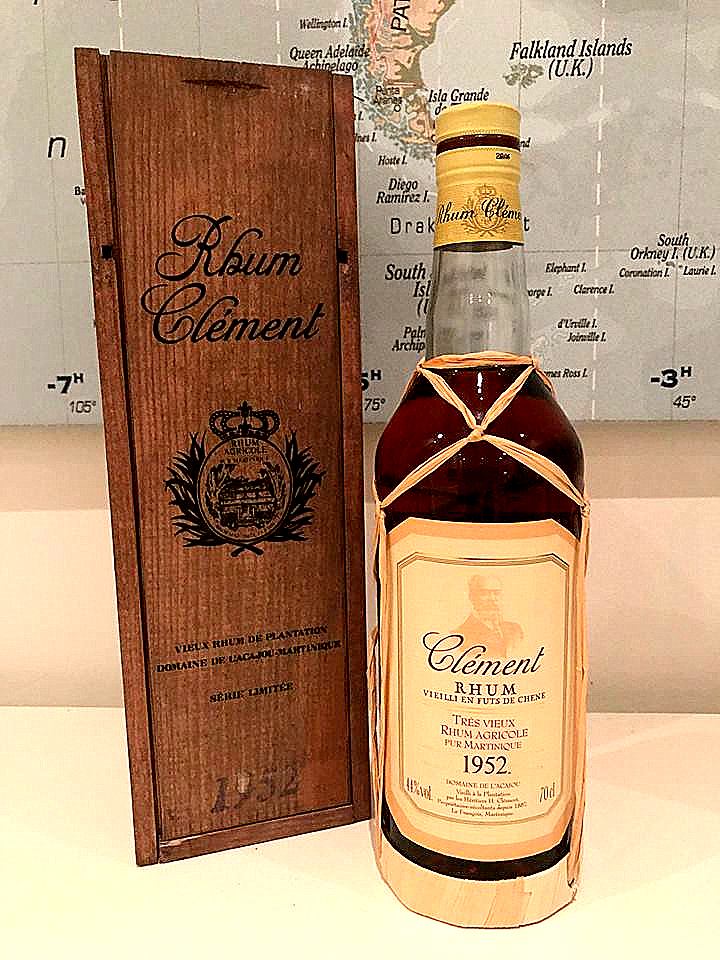 1952 – an eventful year. Queen Elizabeth II ascends to the throne; Black Saturday in Egypt, followed by the overthrow of King Farouk; the US election puts Ike in the White House; the first steps towards the EU were taken with the formation of the European Coal and Steel Community; television debuts in Canada; Charlie Chaplin is barred from re-entry to the US; “Mousetrap” opens in London (and never closes) – and in Martinique, Clément distills this rum and starts ageing it.

So here we are. We’ve arrived at the oldest rum that is within the blend of the Clément XO, the Millesime 1952, while remaining in the dark as to the proportions, or even the true ages of some of the rhums themselves (as noted in the 1970). Too bad, but that’s what happens when records are incomplete, people move on and memories fade. We take what we can.

When we go this far back in time, the AOC is a myth and we’re in the territory of rhums like the Bally 1929 or 1924 and the older St. James offerings like the 1932 and 1885. The importance of trying such products with a modern sensibility and palate is not so much to drink from the well of history – though of course that’s part of the attraction, which I would never deny – as to see how things have changed, how much they haven’t, and to understand how developments in technology and processing have made rums what they are today. 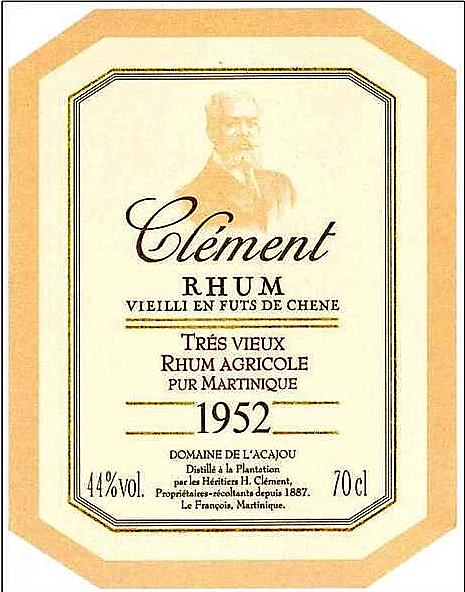 Nose – A combination of the sweet of the 1976 and the pungency of the 1970. Light red-wine- notes, fleshy fruits and almost no grassy or herbals aspects at all. Nougat, toblerone, white chocolate, coffee grounds, anise, all surprisingly and pleasantly crisp. Flowers and the faintest hint of salt. Also the mustiness of Grandma Caner’s old basement (where once I found a Damoiseau 1953, with which this thing shared quite a few similarities).

Palate – Thicker and fuller than expected, and pretty much lacking the lighter and more precise attributes of the other two. Fleshy red and orange fruits, like peaches, oranges, apricots. Ripe granny apples. Red olives, tobacco, licorice, brown sugar, a light brininess and even apple cider for some kick.

Finish – Short and dry. Salty and fruity, well balanced against each other, but admittedly it was rather unexceptional.

Thoughts – That it doesn’t fly apart under the impact of all these various competing flavours is to its credit, but tasted blind, it wasn’t my standout of the three Clément rhums. Unlike the light grassy crispness of the 1976 and 1970, I felt this one was literally more down-to-earth and musty and thicker. Clearly things were done different back in the day, and the Damoiseau ‘53 displayed similarly non-agricole characteristics. As a reviewer and taster, I much prefer today’s versions to be honest, but as a lover of antique things made in other eras, it’s hard to completely discount something with such a heritage.