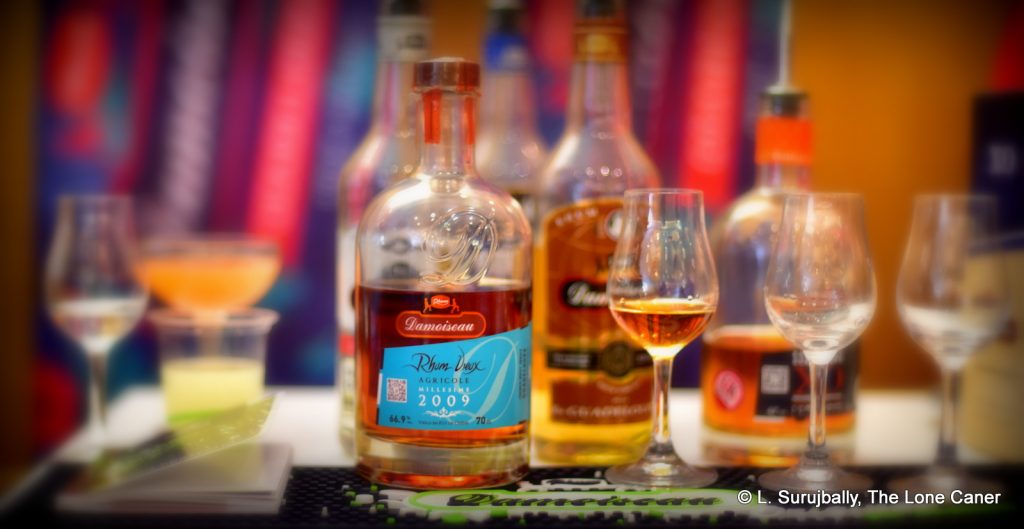 The French island rum makers take ageing in a slightly different direction than most of those elsewhere in the world. A normal Caribbean distiller (actually just about any from anywhere), will take a rum and age it and then issue a blend of X years, and then progressively older ones, year in and year out, with the occasional special edition thrown into the mix. You never know from the main line of El Dorado rum, for example, what year any of them came from, since that’s unimportant – the age is. Ditto for others like Jamaica or St. Lucia or South and Central America, who for the most part follow “the age is the thing” principle for the well-known series of rums they issue. If they release a vintage year, it’s mostly something of a one-off, and even there the age remains the real selling point (if the limited outturn isn’t).

Not so the guys from Martinique and Guadeloupe and Reunion. There, the idea that some years’ harvests or distillates are simply exceptional has long been an article of faith, and this is the basis for their own vintage releases, called millesimes. There, the age is not completely irrelevant but of lesser significance when compared to the specific year – and where that age is mentioned it’s usually in fine print, and it’s the year of distillation which gets the headline treatment and the Big Font. Which is why Clement’s 1952, 1970 and 1976 vintages are famous but you’d be hard pressed to remember how old any of them is, and ditto for the XO which is a blend of all of them.

The additional quality that makes the modern crop of such millesimes so outstanding (i.e., aside from the perception that the year of origin is so special, and what ageing they do get) is the gradual increase in the proof point at which they are issued. Back when agricoles were just becoming a thing and in the decades before that when only known on the islands and France, the ABV of 50% — give or take — was a de facto standard. Nowadays we’re seeing more and more really high proofed agricole rhums topping that by quite a margin, and they’re not only the whites, but aged expressions as well. 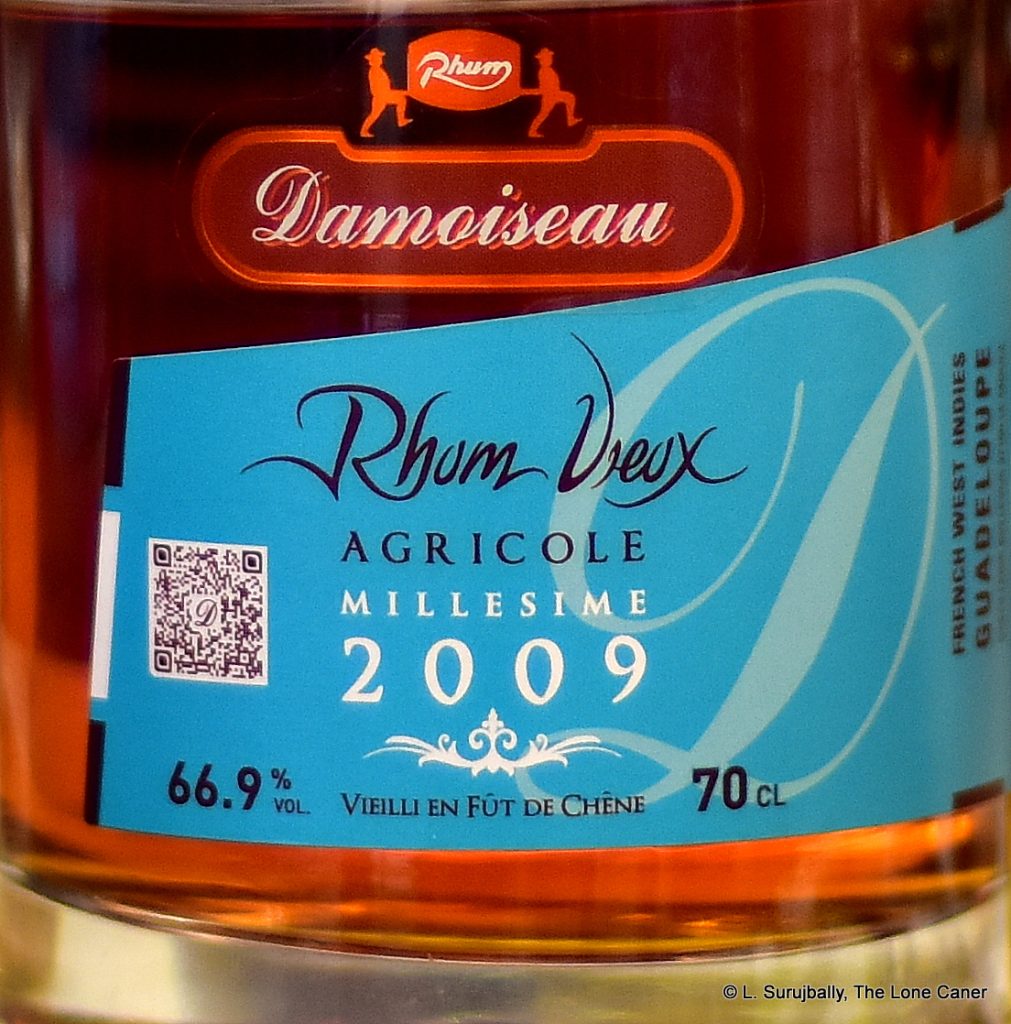 A good example of all these concepts is the subject of today’s review: a Guadeloupe rhum from Damoiseau, the millesime 2009, which comfortably hefts a large spiritous codpiece of 66.9% and whose age is mentioned nowhere on the label but is 7 years old according to all references. I’m seeing more and more of these hefty aged brawlers, and only rarely have I found any that stunk – this sure wasn’t one of them, and while the rhum does seem to be somewhat polarizing in the reviews I’ve read, me, I thought it was great.

Consider how it opens on the nose: admittedly, it’s very spicy, very punchy and doesn’t play nice for the first while. Some suggest it be tamed with some water, but I’m too witless for that and masochistically go for the full experience. Once the fumes burn off it wastes no time, and lets loose a barrage of aromas of rich tawny honey fresh from the comb, flambeed bananas (with the wood-flames still licking up), caramel, bitter chocolate, coffee grounds. And this is before the fruits come in – tart gooseberries, mangoes, green grapes and greener apples, vanilla. A combination of tart and sweet and musky, infused with cinnamon and cooking spices in a rich and sensuous amalgam that Mrs. Caner would likely swoon over.

As would be no surprise in something this highly proofed, the rhum displays a solid and almost fierce pungency when sipped. The agricole notes come out to play now, and one can taste sweet sugar cane sap; vanilla, pears, more of that burnt-wood-flambeed-banana vibe…and bags and bags of fruits. Pears, watermelon, ripe Thai mangoes, papaya, were the high points, with pastries coming up right behind – apple pie, honey, vanilla, cinnamon, cumin, rosemary, and as if dissatisfied that this still wasn’t enough, it added coffee, cardamom, and french toast (!!). Closing off the whole experience is a finish of real quality – it is long, surprisingly soft, fruity, creamy, redolent of spices, lighter fruits, sugar cane sap and a jam-smeared croissant still hot from the oven.

This is a rhum that I could go on tasting for an entire evening. As it was, I lingered over at the stand at the TWE Rum Show with Chetan of Skylark and the vivacious Clementine of Damoiseau, pretending to chat and admiring Chetan’s virulent blue shirt (which he insisted I mention in my review so…) while sneaking a second and third pour when I hoped they weren’t looking.

The strength is part of the quality of course, but I honestly believe that even if it was released at a more acceptable (i.e., lower) proof point, this is a rhum that would have succeeded like a boss. The flavours are fierce and distinct and none jar or clash with any other. The rum tastes completely solid and is a drinkable advertisement for the skill of whoever blended the thing. It lasts a good long time, it’s not at all savage, and possesses such a gradually unfolding complexity, such a multitude of aromas and tastes, that you just want to take your time with it and keep it going for as long as you can. I may not always agree with the millesime approach to rum making but when it works as well as this one does, it’s hard to fault the reasoning … and even harder not to buy a few bottles.