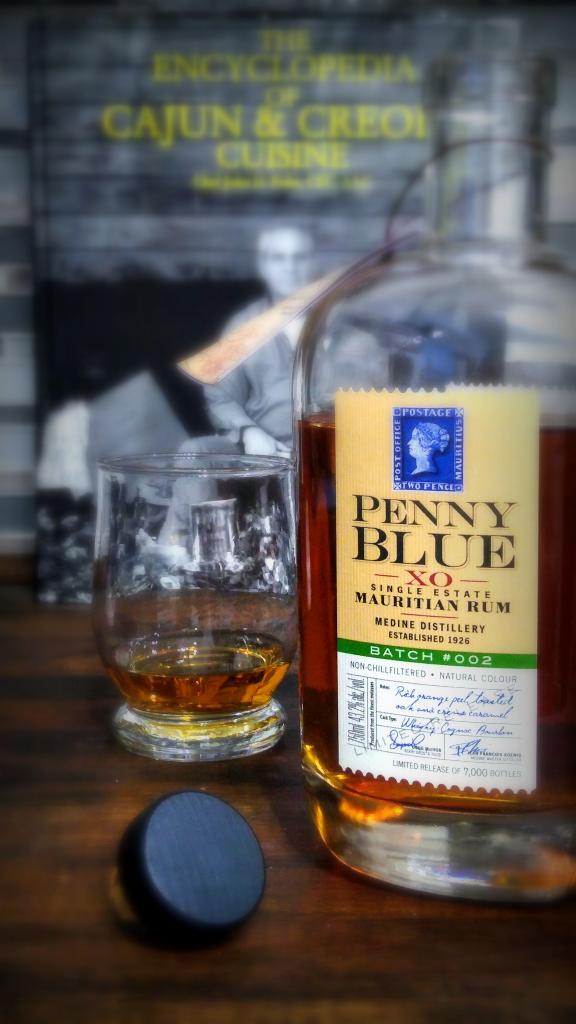 Photo provided courtesy of /u/HeyPaul. Used with permission, and thanks.

This is a rum whose label tickles the trivia gene lurking within me. So in the interest of science and the perhaps boring rehash of stuff some of you already know but some of you don’t, let’s go through the background and the details

First of all, that name. Like Fabio Rossi of Rum Nation putting the pictures of the old stamps he once collected on the labels of his rums, the makers of Penny Blue did the same. Not to be confused with the Two-Penny Blue issued in the UK (the second postage stamp ever made (in 1840, following the famed Penny Black), this one is the Mauritius issued version of 1847 which is now one of the rarest (and most valuable) stamps in the world. However this may be a matter of interests only for pedants, philatelists and unread rum reviewers like this blogger.

Secondly, the Batch 002. What is it? Well, so far as I can determine, it’s a follow-up from Batch #001 (natch), a run of 7,000 bottles deriving from 22 casks matured on Mauritius at the premises of the Medine distillery (see below). Of these 22 casks, 7 each were ex-whisky, ex-cognac and ex-bourbon, and the last one was Batch #001 stock mixed back in. The ages are varied though, and I don’t know the true age of the blend — a product sheet I’ve seen makes mention that the oldest portion of the rum is 11 years old (but not how much that is), and the youngest portion 5 years.

Third, the distillery. Most know (or at least have heard) of the Harels and the Grays, the makers of New Grove (and Lazy Dodo), and I have written about rums from Chamarel and St. Aubin. There are also lesser known distilleries like Labourdonnais (Rhumerie des Mascareignes) and Ylang Ylang (which does not make rum), as well as the Medine Distillery, founded in 1926. It’s suggested that it actually owns two facilities: it’s own original sugar factory and distillery in Bambous in the west of the island, and its acquisition via JV in February 2000, of International Distillers who made the Tilambic 151, though I cannot trace their distillery’s location, just their distribution office…maybe it’s been shut down and consolidated. 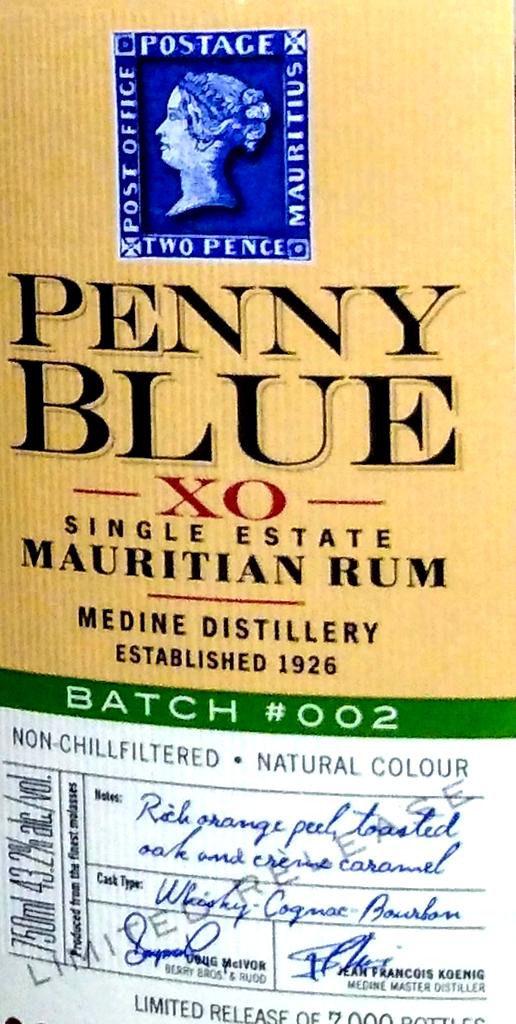 All right, so, we have a rum, a blend, 43.2% ABV, released around 2014 or so (it’s amazing that this is mentioned nowhere, btw), column still, a 5-11 year old blend released by Indian Ocean Rum Co., which is a collaboration with Berry Bros. & Rudd, who also assisted in its development. All that plus the overlong intro suggests a rum of uncommon quality for which I would have a page and a half of tasting notes. Alas, no. Because the rum, good as it is, feels somehow less serious, by today’s standards of high-proofed single estate bottlings. Take the nose: it is warm and light, quite fruity, and more than a touch sweet – notes of peaches and cream, orange peel, mint chocolate and rather stronger aromas of butterscotch, caramel, vanilla, and some leather and smoke. Letting it open up provided some additional hints of crushed almonds and breakfast spices, nothing more than a breath, really.

Fruitiness was more evident and welcome on the palate; it was an easy sip, no surprise at that strength, but surprisingly dry and quite supple to try…no discomfort or real sharpness mars the experience of drinking it neat. One can taste bananas and citrus peel, some tart gooseberries and strawberries, vanilla and breakfast spices again. Smoke and leather mingle well with cumin and cardamom and it remains arid throughout (not unpleasantly so). A few cereals, crushed nuts and light molasses round out a pretty well-balanced profile. The finish is the weak point, as it tends to be for rums at standard strength – tremulous and wispy, and over way too quick, it’s all you can do to track some orange peel, oakiness, and a touch of vanilla and nutmeg.

A rum like this is something of a study in contrasts. At first it doesn’t seem like much. It takes effort to disassemble, and if you’re used to stronger and more forceful rums, it may appear like nothing in particular. This would be a mistake. It’s quite a bit more complex than it’s warm easiness suggests. Initially it tastes simple and faint, nothing to see here people, move along please…but it gathers some momentum and complexity as it opens up, and ends up (finish aside) as quite a nice little sipper. Reminds me of a Latin American rum with an edge, or a lightly aged rum from Guadeloupe. This is not enough for me to rate is as high as others did, but I can’t dismiss it out of hand as some sort of low end crap either, because it’s got too much going on and is too well balanced to merit such a casual dismissal.