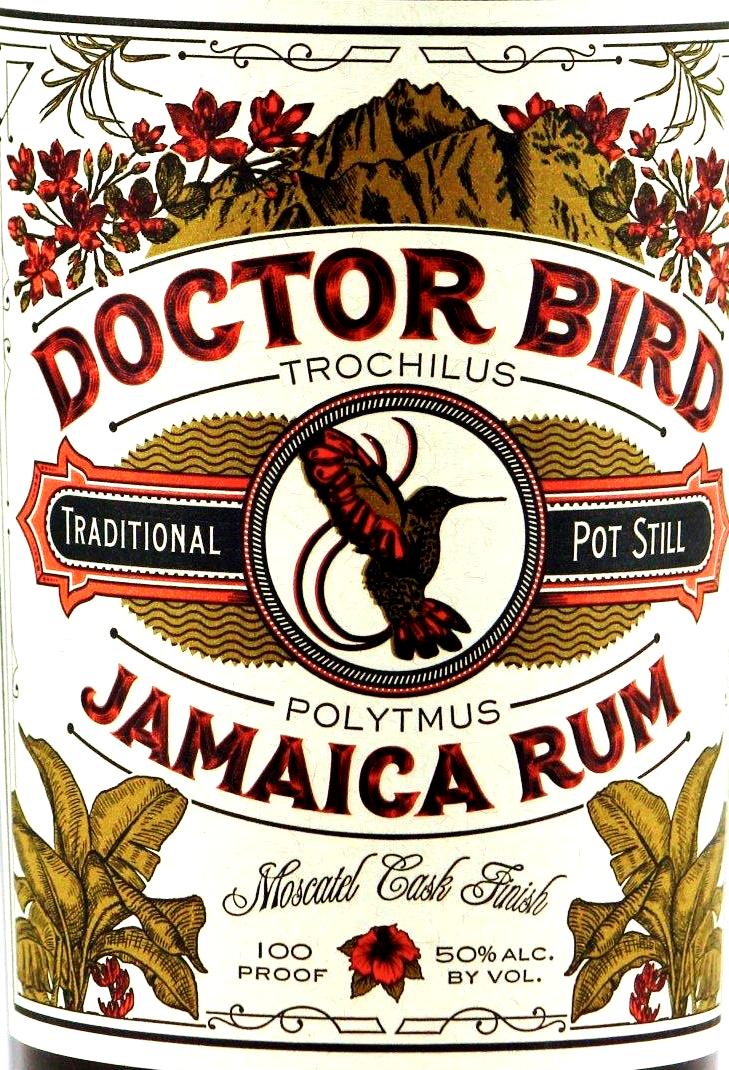 The strangely named Doctor Bird rum is another company’s response to Smith and Cross, Rum Fire and the Stolen Overproof rum. These are all made or released in the USA (Stolen hails from New Zealand but its rum business is primarily in the US), but the rums themselves come from Jamaica, and there the similarity sort of breaks down, for the Doctor Bird is one of the few from Worthy Park — one of the New Jamaicans which has quietly been gaining its own accolades over the last few years — and not from Hampden or Monymusk or Longpond or Appleton.

The quirky Detroit-based Two James Distillery — whose staff include, variously, an ex-guitar-maker, ex-EMT, ex-Marine and ex-photographer and who state openly and tongue-in-cheek that they have no problems with people stalking them on social media — is a full-fledged distillery, with a 500-gallon (1892 liter) pot still leading the charge. But while they produce gin, rye whiskey, bourbon and vodka on that still, it’s really irrelevant here because – again, like Stolen – they didn’t bother to make any rum themselves but imported some barrels from Worthy Park. This is a departure from most American distillers styling themselves rum makers, many of whom seem to think that if they have a still they can produce anything (and are at pains to demonstrate it), but few of whom ever think of buying another country’s spirit as Stolen and Two James have.

That aside, moving on: Worthy Park you say? Okay. What else? Pot still, of course, 50% ABV, so that part is good. Hay yellow. It’s finished in moscatel sherry casks, and that kinda-sorta bothers me, since I retain bad-tempered memories of an over-finished Legendario that was well-nigh undrinkable because of it – though here, given the zero reading on a hydrometer, it’s more likely the finishing was a short one, and not in wet casks.

Certainly the sherry influence seemed to be AWOL on initial sniffing, because my first dumbfounded note-to-self was wtf is this? Salt wax bomb just went off in the glass. Sharp funk is squirting left and right, acetones, furniture polish, rotting bananas, a deep dumpster dive behind an all night take-out joint. Harshly, greasily pungent is as good as any to describe the experience. Oh and that’s just for openers. It gives you kippers and saltfish, the sweet salt of olive oil, varnish, paint thinner. Thank God the fruits come in to save the show: sharp nettlesome, stabbing, tart unripe green bastards, to be sure – gooseberries, five finger, green mangoes, soursop, apples, all nose-puckering and outright rude. But overall the sensation that remains on the nose is the brine and rotting fruits, and I confess to not having been this startled by a rum since my initial encounter with the clairins and the Paranubes.

Thankfully, much of the violence which characterizes the nose disappears upon a cautious tasting, transmuted by some obscure alchemy into basic drinkability. It stays sharp, but now things converge to a sort of balance of sweet and salt (not too much of either), crisp and more fruity than before. There’s wood chips, sawdust, varnish, glue, retreating to a respectable distance. Sweet soya sauce, vegetable soup, dill and ginger, gherkins in a sweet vinegar, followed by a parade of crisp fruitiness. Pineapple, lemon peel, gooseberries, green apples, all riper than the nose had suggested they might be, and the finish, relatively swift, is less than I would have expected — and simpler — given the stabbing attack of the nose. It provides salt, raisins, the citric spiciness of cumin and dill, exhaled some last fruity notes and then disappears.

Well now, what to make of this? If, as they say, it was finished in a sherry cask, all I can say is too little of that made it through. The light sweet muskiness is there, just stays too far in the background to be considered anything but a very minor influence, and aside from some fruity notes (which could just as easily come from the rum’s own esters), the sherry didn’t habla. Maybe it’s because those Jamaican rowdies from the backdam kicked down the door and stomped it flat, who knows? The strength is perfect for what it is – stronger, and morgues might have filled up with expired rum drinkers, but weaker might not have exhibited quite as much badass.

I think the challenge with the rum, for people now getting into Jamaicans (especially the New ones, who like their pot stills and funky junk dialled up to “11” ) might be to get past the aromas, the nose, and how that impacts what is tasted (a good example of how polarizing the rum is, is to check out rumratings’ comments, and those on Tarquin’s sterling reddit review. This is a rum that needs to be tried carefully because to the unprepared it might just hit them between the eyes like a Louisville Slugger. Personally I think a little more ageing or a little more finishing might have been nice, just to round things out and sand the rough edges off a shade more – this is, after all, not even a six year old rum, but a blend of pot still rums of which a 6YO is the oldest. And those high-funk, ester-sporting bad boys need careful handling to reach their full potential.

The Jamaicans have been getting so much good press of late – especially Hampden and WP – but the peculiarity of this fame is that it has led to the belief that anyone can just buy a barrel or ten from them, bottle the result and voila! – instant sold-out. Yeah, but no. Not quite. Not always. And no, not here.