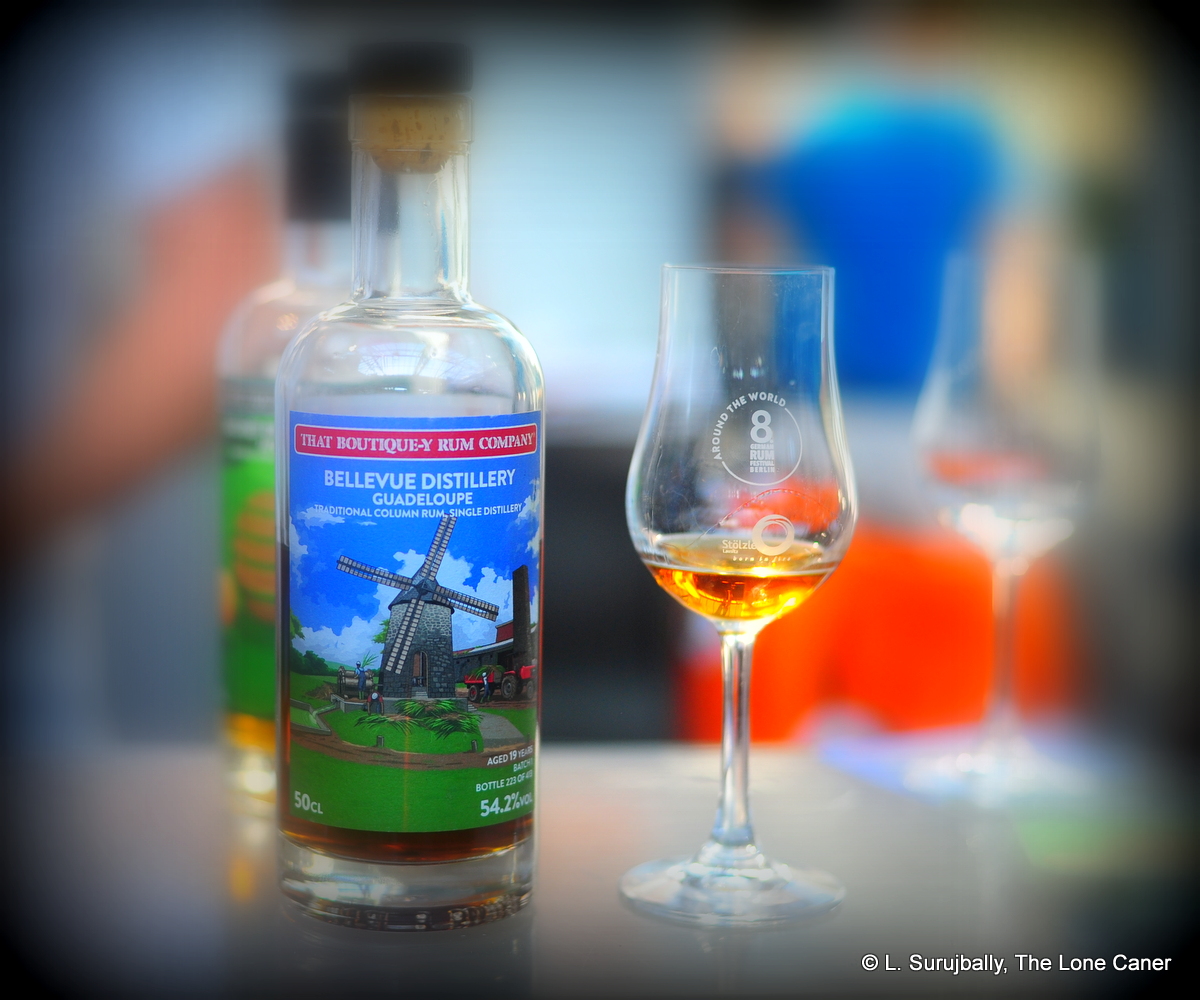 In spite of being “just” a consultant, Pete Holland of The Floating Rum Shack is so completely identified with the rums of the cheekily named That Boutique-y Rum Company, that we sometimes overlook the fact the outfit is actually part of Atom Brands which runs the Masters of Malt online spirits establishment. The curious matter of his being seen as the face of the brand can be directly traced to two things – his consistent promotional work for TBRC online and off, and the irreverent paintings by Jim’ll Paint It that adorn the labels of the bottles, many of which feature Peter himself.

In a field ever more crowded with new bottlers, new distilleries and new (supposedly improved, but not always) offerings from the old houses, all vying for our limited attentions spans and slim, wife-approved budgets, one can hardly fault such an in-your-face marketing strategy, you can only admire how well it’s done. It helps, of course, that Peter really is a fun guy to hang out with, drink with and make jokes with (or at) – and that the rums the company has released so far have been pretty damned good. 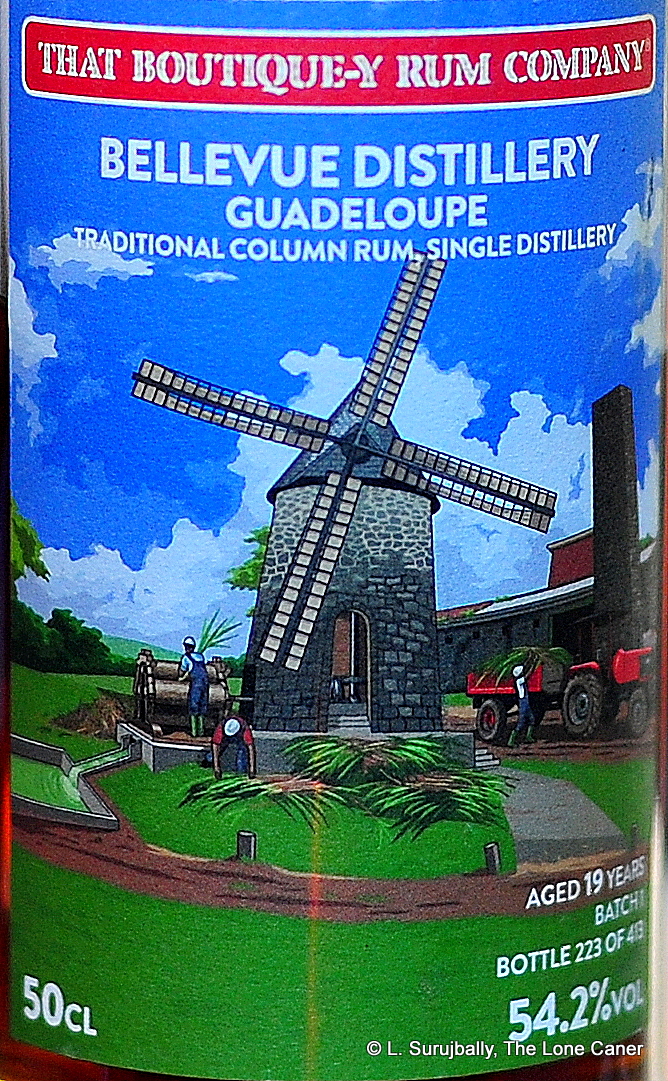 Take this one, which proves that TBRC has a knack for ferreting out good barrels. It’s not often you find a rum that is from the French West Indies aged beyond ten years — Neisson’s been making a splash recently with its 18 YO, you might recall, for that precise reason. To find one that’s a year older from Guadeloupe in the same year is quite a prize and I’ll just mention it’s 54.2%, aged seven years in Guadeloupe and a further twelve in the UK, and outturn is 413 bottles. On stats alone it’s the sort of thing that makes my glass twitch.

Still, with the facts out of the way, what’s it like?

Very nice…if a little off the beaten track. Now here is a rum based on a batch of molasses (so it’s not a true cane juice agricole), and it starts off not with grassy and herbal and citrus aromas, but with crackers, caramel, and breakfast cereal (Fruit Loops, I say, from the experience of buying tons of the stuff for the Baby Caner back in the day). Which I like, don’t get me wrong…once I adjust my mental compass away from agricole territory. The nose also displays toffee, nougat, nuts, almonds and mixes that up with a softly emergent slightly sharp and piquant fruity bouquet that’s quite simply delectable. The balance among all these elements is really good, negotiating that fine and tricky line between muskiness, sweetness, crispness and sharpness in a way we don’t often see.

The palate confirms that we’re not dealing with a cane juice rum in any way – the wood is more evident here, there’s some resin-like backtaste, smoke, vanilla, molasses and brine, offset by light flowers, and a sort of subtle fruity sweetness. The fruits are kinda tough to pick apart – some red grapes, I suppose, pears, papaya – it’s all very light and just a tad acidic, so that the combined profile is one of a seriously good rum, concluding with a reasonably long finish that is sweet, salt, wine-y, and crisp, just the slightest bit sour, and overall a really welcome dram to be sipping after a tough day at the rumfest. 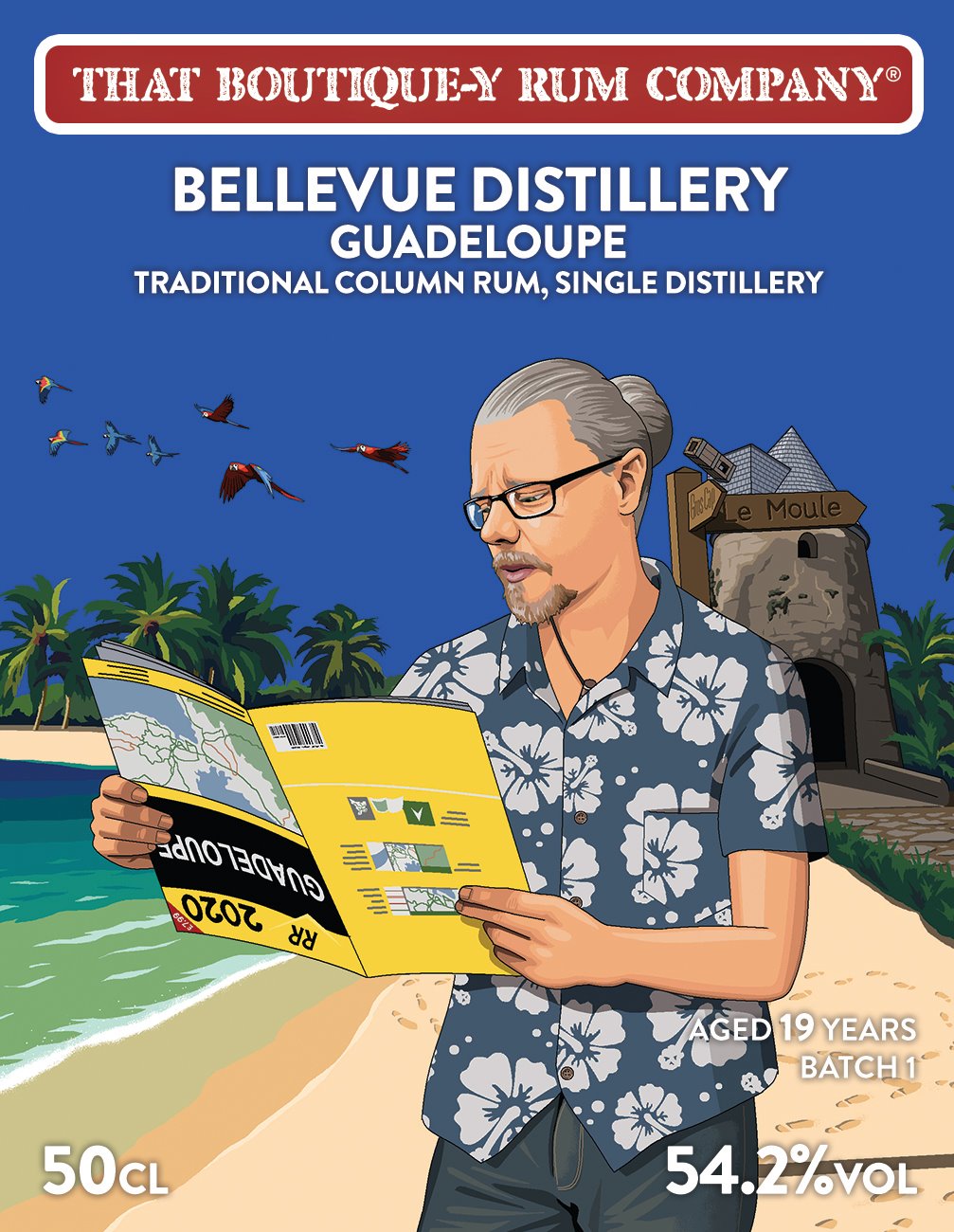 Guadeloupe rums in general lack something of the fierce and stern AOC specificity that so distinguishes Martinique, but they’re close in quality in their own way, they’re always good, and frankly, there’s something about the relative voluptuousness of a Guadeloupe rhum that I’ve always liked. Peter sold me on the quality of the O Reizinho Madeiran a while back, but have my suspicions that he has a soft spot for this one as well. Myself, I liked it a mite better, perhaps because there was just a bit more going on in the background and overall it had a shade more complexity which I appreciated. It’s a really delectable dram, well aged, damned tasty and one to share with all your friends.

Peter told me that the label was a little misleading. The initial image on the bottle I tried makes a visual reference to the (Gardel) distillery on Marie Galante, but it was actually distilled at Damoiseau’s Le Moule facility, from a batch of molasses rum produced on their creole column. The label has been redrawn and there’s a movement afoot to re-label future iterations — Rev 2.0 adds Peter to the artwork and pokes a little fun at the mistake.