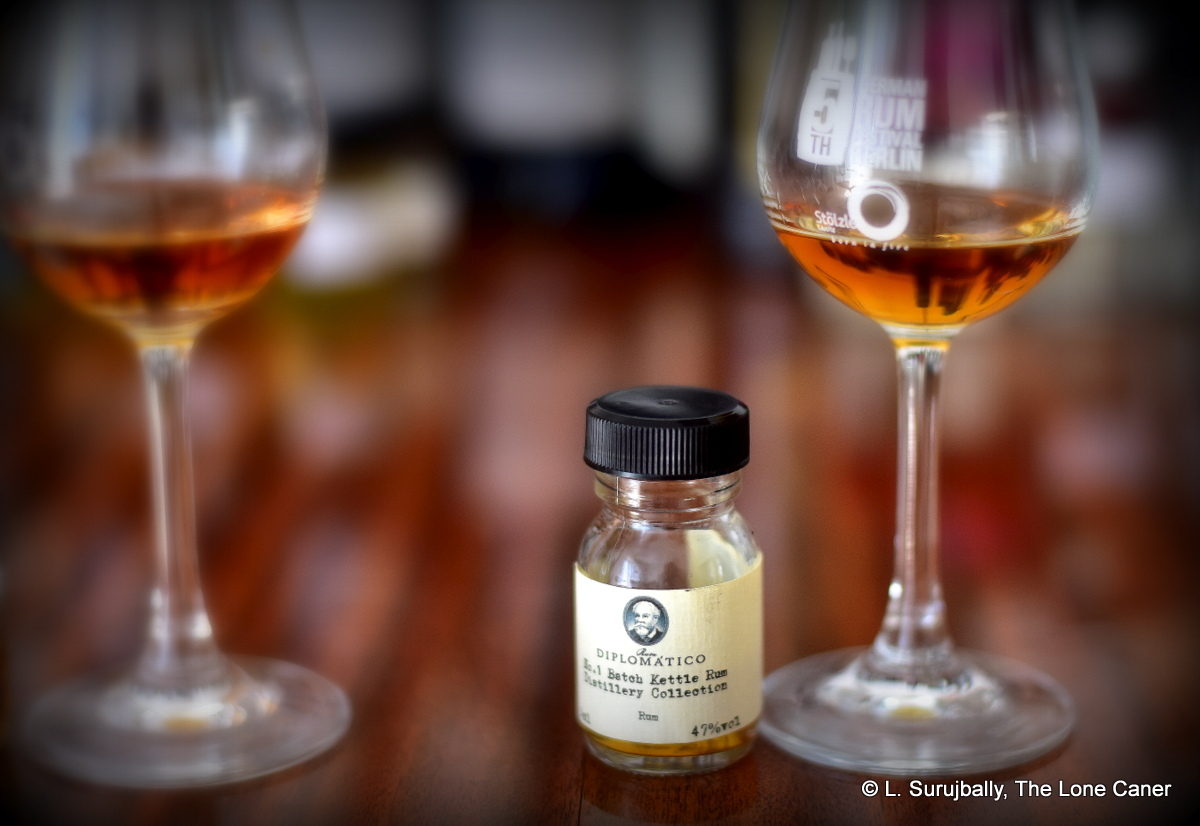 Outside the independents who release from all points of the compass, the rums du jour are the New Jamaicans, the pot still Bajans, the wooden-still Guyanese, the fancy St Lucian still-experimentals, French island aged and unaged rums, new Asian whites, grogues and of course the clairins (and we’re all waiting for Renegade). In the maelstrom of so many releases, Latin rums as a class are less popular than in their heydey, outside their countries of origin, and even I tend to view them with some impatience at times, wondering when they’re going to get back in the game with some sh*t-kicking romper-stomper of their own.

Although Diplomatico’s Reserva Exclusiva sells well and remains popular, the company’s online buzz as a whole has sagged in recent years. Efforts to revive the global awareness of the Diplo-brand with exclusive premiums like the Single Vintage or the Ambassador may have succeeded — but the absence of any stories or articles or reviews or gleeful “I got this!” photos on social media suggests a rather more downbeat story for the company that was once known as Problemático. Their success is therefore hard to gauge in an increasingly crowded and informed marketplace spoiled for choice at every price point (and every additive point, the wit suggests). 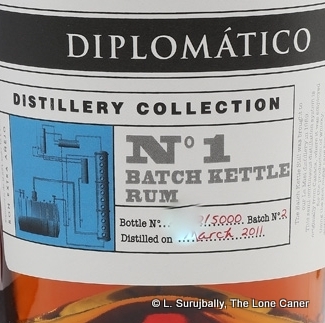 Things took an interesting turn around 2017 when No.1 and No.2 versions of the “Distillery Collection” were trotted out with much fanfare. The purpose of the Collection was to showcase other stills they had – a “kettle” (sort of a boosted pot still, for release No.1), a Barbet continuous still (release No.2) and an undefined pot still (release No.3, released in April 2019). These stills, all of which were acquired the year the original company was founded, in 1959, were and are used to provide the distillates which are blended into their various commercial marques, and until recently, such blends were all we got. One imagines that they took note of DDL’s killer app and the rush by Jamaica and St Lucia to work with the concept and decided to go beyond their blended range into something more specific.

We’ll look at the No.1 today. This derives from cane “honey” (which is just rendered cane juice), aged for six years in American oak, a 5000 bottle outturn of 47% ABV. The question of course, is whether it deserves the cachet of “premium” and the price it commands, and whether it displaces the perennial front runner, the DRE (marketed as ‘Botucal’ in Germany).

So, briefly, tasting notes, then. Nose: started off promisingly with some pencil shavings, fresh and damp sawdust, followed by brine, good olive oil and leather. These aromas were balanced off with overripe cherries, citrus, apples, ripe grapes, which in turn provided a backdrop for heavier, muskier notes of caramel, molasses and oatmeal cookies. So definitely a step away from the more standard fare, and the 47% ABV helped give the nose a firmness and coherence that a lesser proof would not have.

I also liked the palate — up to a point. It was warm and fragrant and yeasty as bread fresh out of the oven. One could taste vanilla, treacle, oatmeal with chocolate chips and butter, a nice creamy/cereal-y sort of amalgam, and fruits then popped up — light apples, pears, watermelon, raisins, that kind of thing — combining with a delicate citrus line, leading to a short, arm, inoffensive finish that was mostly vanilla, faint brine and fruity notes, all vanishing quite quickly. 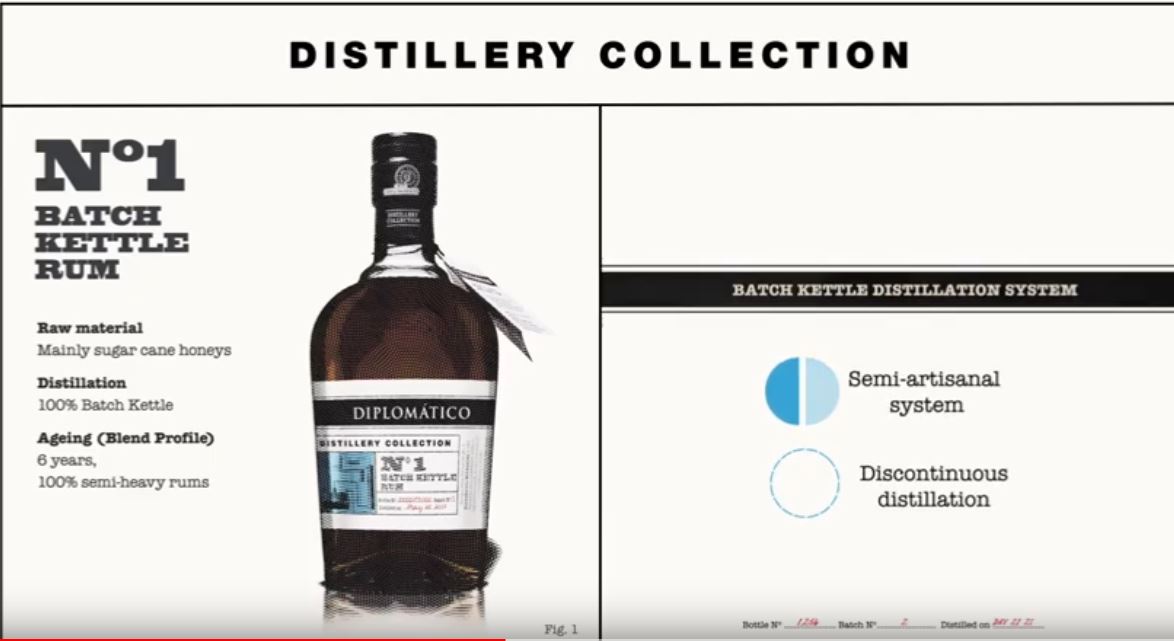 Out of six Spanish/Latin-type rums I ran past each other that day when I had nothing better to do, this Diplomatico surprised me by scoring, in aggregate right up there with the Santiago de Cuba 25 YO. That was unexpected, almost unprecedented given the disparity in ages. The strength had something to do with it (40% SdC vs 47% Diplo), but overall the Diplo No.1 – even within its limitations – is simply more intriguing, and more original, while the Santiago was, well, very much in the vein of much we had seen before (though quite well done, let me hasten to add).

In the past, I expressed hope for a more aggressive, rough-n-tough new rum to elevate the Latin rum category. This isn’t it. For all its new-age thinking, even 47% isn’t enough, and neither is the pot still, not entirely — because although the rum is admittedly different, one gets the impression that the creators are still too in love with their softer Spanish rums to abandon their more soothing profiles entirely, go the whole hog and aim for a growly glute-flexing pot-still brute clocking in at 50% or greater. In trying to be all things to all people — gain credit for something uniquely new while not pissing off the loyalists — they steered a middle course which allowed for a decent new rum to emerge….just not one that blew up the stage, the stills and everyone within a radius of fifty yards. And that’s a shame, because that’s what I wanted.