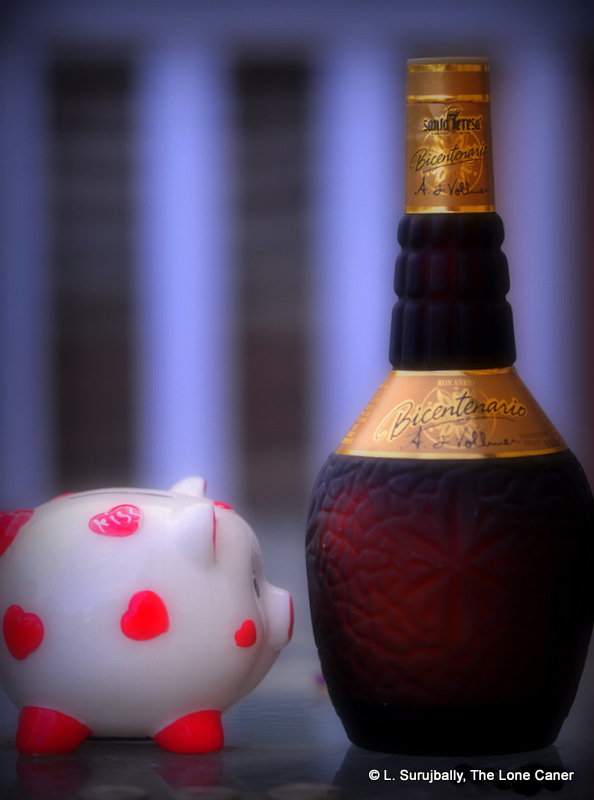 A good, and very pricey ultra-premium solera, the top of the food chain from Santa Teresa A.J. Vollmer in Venezuela. I’m going to go on record as thinking it’s too much price for too little premium.

The $315 Santa Teresa Bicentenario solera rum is made by the privately owned Venezuelan outfit A. J. Vollmer, who also produce the 1796 rum (also a solera, and about which I was unenthused at the time…it may be due for a revisit). It’s a rum I have avoided for over two years in spite of its premium cachet, and because of its price. Every time I’ve tried it (four times to date) it reminds me somewhat of a fellow I once met on my sojourns, who dressed sharply, was educated at an Ivy League university, and was, alas, a bit of a bore. Pricily dressed and well put together…just not that interesting.

The bottle I had was labelled #5820 and given that only about a thousand liters a year are made, and since the product (according to the Spanish edition of Wikipedia and other sources) was introduced in 1996 as part of the company’s bicentennial, you could be forgiven for assuming this one was issued around 2002…but personally I find that doubtful. KWM only got this batch about two years ago, and I don’t think it’s been mouldering around for eight years prior somewhere else (it remains an unanswered question). Still, the bottle, however startling (some might say ugly), is distinctive, and while I didn’t have the box it should have come in, pictures I’ve seen suggest it is pretty cool.

Santa Teresa Bicentenario is a solera, and therefore has a whole range of column- and pot-still, aged rum components in it — 80 year old product was noted without any indication of the average age, and the whole blend is aged some fifteen years in oak barrels; as the premium product of its line, it had all the hallmarks of care and love given to it: for the price, could it be otherwise? It was, for all that ageing, still somewhat light in the glass, a darkish golden colour with thin legs running down the sides. On the nose it presented itself with a light aroma containing citrus, light and white woods, white flowers, pineapple and a slight hint of dark berries in cream, caressing as a baby’s breath on your cheek. 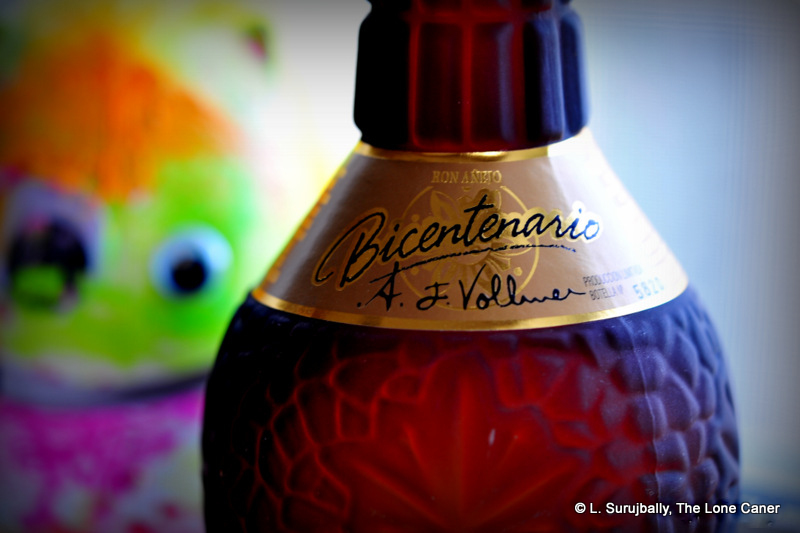 The overall quality on the palate led on from there: soft and gentle, without a hint of the astringency of a stepmother’s ire. It was put together well enough that separating out individual tastes was as tough as analyzing the Juan Santos 21: about the most I was able to discern was vanilla, faint breezes of brown sugar, and a certain overall creaminess. Perhaps blackberries, and that’s reaching. To me it was just a bit too light and delicate (while nowhere near the effeminate nature of the Doorly’s). And this continued on to the fade, which was long and billowy and lasting, yet so soft that one barely knew it was there at all.

Rating this baby is a bitch. I can tell the work that went into smoothening out the intermarried solera components, and the fifteen years of ageing that blend was well done, because the smoothness is there, as it should be for any premium product. Yet the Bicentenario failed somehow, perhaps in the flavours being so light and commingled that I had little idea what it was I was tasting beyond the obvious. In short, I felt the rum had too little character, balles, cojones, or whatever Venezuelans call badassery.

So the question arises, for what are you paying this kind of money? The storage costs of rums aged to eighty years? Its purported exclusivity and relative rarity? Bragging rights? Probably. But three big ones (I’ve seen it go for about €150 on European webstores) just strikes me as too much. No me gusta, amigo. I’d rather get three El Dorado 21s, or maybe a few bottles of the feisty Pusser’s 15. 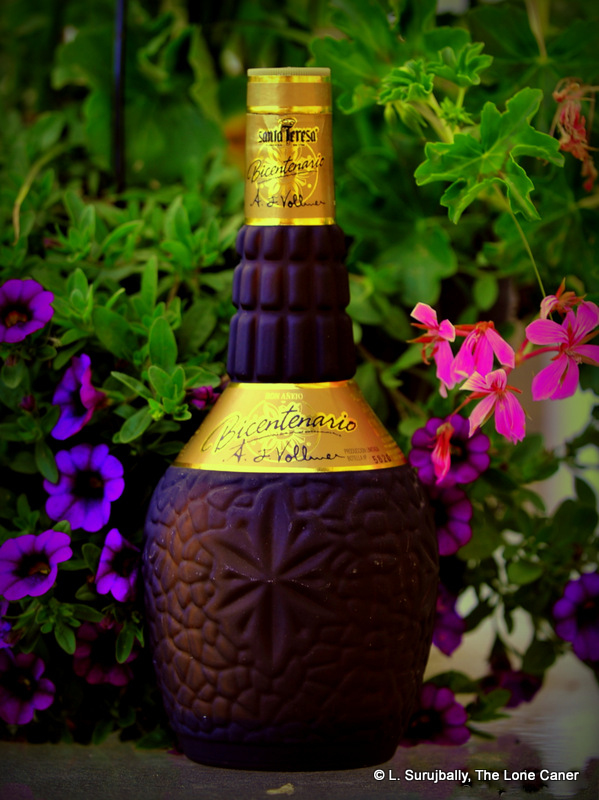 Let me put it this way. I raged about the Pyrat’s Cask 23 and wrote a overlong, scathing indictment of the divergence between quality and price. Santa Teresa is not quite in that league, because overall, it has elements to it that many appreciate and froth over, even if I don’t. It’s a decent rum, no question. The Bicentenario — pitted against premium choices like the Rum Nation’s Panama 21 (one third the price), St. Nicholas Abbey 10 year old and English Harbour 1981 25 year old — carries on its founders’ traditions of taste, clarity and lightness, good blend quality and decent value. Everything more or less works, everything fits. What’s not to like?

Please take a left turn here, because the real issue is, what’s to love? The rums we care about display characteristics which say something about ourselves that we wish trumpeted to the masses. I’m fun and unconventional (Koloa Gold). I’m big on Bay Street (Appleton 50 year old or maybe the G&M Jamaican Longpond 1941). Ask me about my retirement (Pusser’s, El Dorado 15). I am staid and prefer to mix and just get hammered…and like meself just so (Screech). I’m a bit nutso (Rum Nation Jamaican 25)…and so on. What does the Bicentenario say? The trust fund is ticking over? I use a discount brokerage house? I have a summer abode, a nice catamaran and drive a Volvo? By that standard, I have to stick with my assessment: good rum, overly ambitious, lacking attitude, a shade boring…and, alas, overpriced.