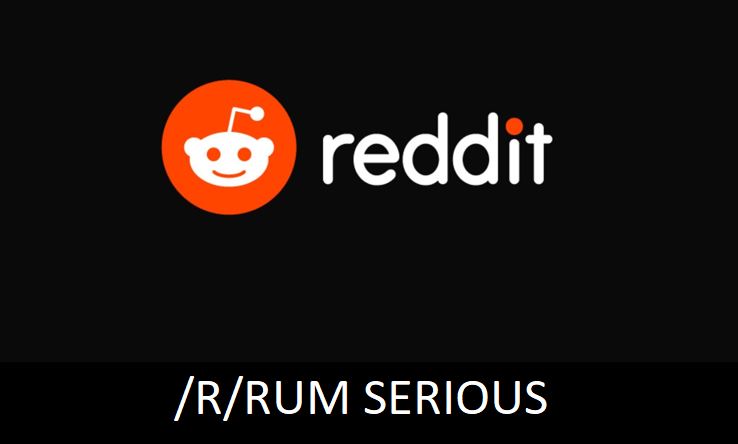 In October of 2020, after some months of thought, I created the new subreddit of /r/rumserious with a few words that explained my reasoning that something smaller and more focused was needed (if only by me).

I felt, then and now, that Reddit permitted a long form narrative flow and user discourse that was and is far superior to brief one liners that permeate too many social media platforms. Their brevity does not encourage subtleties of expression and well-argued thinking – rather the opposite: it promotes one-liners, zingers, binary arguments, black and white commentaries that can be expressed without thought or nuance, in a few words. That is not debate, but, as my father would say, “confounded dotishness”.

Moreover, any such comments often disappear like yesterday’s fish. A week from now they are all but forgotten (unless somebody bookmarks them or keeps the threads going). Few FB discussions last for more than a day or two, and almost all that do are negative and furious diatribes in some way. Then they vanish and are never seen again. This not only encourages an extremely dangerous mindset of short-term thinking and equally brief memory, but stifles really thoughtful engagement.

/R/rum itself had issues that were not serious, per se, but continually unaddressed, which detracted from its usefulness – most related to the generality of its nature. For many years, it was the only subreddit dealing with rum at all (it remains the only real one and more than thirty thousand users attest to its enduring popularity and usefulness), and I posted there with some regularity. The downside over time (at least in my opinion, after many years of observing the patterns of what was put up) was an increasing volume of posts that were well-meaning and enthusiastic, but not really informative or conducive to discussion of any kind. Another drawback was what I felt to be a lack of interest and meaningful commitment by the mods: some were involved in other subreddits, thereby diluting their focus, or not primarily into rum at all; they really didn’t do much to regulate content or discussion (and what rules were enforced were too haphazard and inconsistent), and the look of the site for any new entrant was not helpful – the long outdated and near-useless sidebar of useful rum-sites to visit remains a constant annoyance, if only to me.

Since it was not my place to change the format a very successful, popular and much-liked sub (and indeed, there is much that is really good about it), the only alternatives were to live with it, keep bitching…or start another one. The rumserious subreddit, then, was deliberately created to address the specific issues noted above. By starting the new forum, I wanted to focus on reviews, news articles and commentary which really would spark a discussion. A year on, at this stage and by that standard, with less than 300 readers, it’s something of a failure, since engagement is minimal and discussion only occasional. However, the Lilliputian nature of the sub does mean I curate almost everything and can read each and every comment (of the few that dribble in), which is not always possible on larger ones. Moreover, as a mod who has no commercial affiliations of any kind with the industry, I have the freedom to warn anyone, remove any post, or tone down any conversation that threatens to go off the rails, without worrying who I piss off.

The sub came in for criticism for that on more than one occasion, as well as a sort of ongoing sneer “when you have some garbage post, put it on there” commentary (which makes one wonder where such content would have gone a year ago, but never mind). Engagement was minimal, as there was never any kind of critical mass after which the growth would be geometric. There wasn’t much of a controversial nature that wasn’t already somewhere else. Most of the initial dissatisfaction about the sub was more about the selection of Matt Pietrek to share mod duties (which he rarely does but its a nice backstop to have if I meet the rum of my dreams and elope). Eventually that died down.

For the most part, though, the sub has remained a minnow, if not quite an amoeba. I could have certainly posted more questions, subjects for discussion, commentary on each and every news item of the day and watched the sparks fly. But, over the last twelve months I fell into the habit of using it as an aggregator, and reposted reviews, news articles and commentaries that interested me. Others have posted from time to time, and only twice were my rules contravened. The tone has remained civil. So far I’m the main contributor, mostly the aforementioned re-posts, with occasional crossposts from and to /r/rum wherever I felt the subject merited a wider distribution (though the puzzling snark such crossposts received made me cease the practise).

In June 2021, there was a nice blip, though. In that month, I posted a longform comment about Michael B. Jordan’s misstep of releasing a rum named J’Ouvert, which prompted a user to comment and link to an article he had written about the matter. Useful and interesting though it was, I thought the article could have been better — it lacked the rigour demanded of a thoughtful opinion piece — and posted a careful dissent. This prompted another party to remark “If this particular board could be the one where this level of discourse occurs it would be wonderful.”

After eight months of watching and maintaining the sub, then, I had a clearer idea of what I wanted, and more importantly, why I wanted it – it wasn’t just about my personal dissatisfaction with /r/rum’s laissez faire modus operandi and the common “look what I found”, “where can I find…?” or “need help” posts that were the meat and potatoes of the sub. “Where is a good place for such discussion?” that poster asked, perhaps rhetorically, and I responded with what to me sums up the what and the why well enough:

At the risk of being accused of rank self promotion, the answer for me is “here”, and for the same reasons that Instagram, Twitter or FB are not the right fora for meaningful engagement: their ephemeral here-today-gone-tomorrow nature versus the somewhat greater permanence of a subreddit.

And that’s why I keep it going. It takes a few hours of my week to find and re-post articles, add a comment if one is needed and reply to those pieces where a more longform response is called for. I try to stick to the middle road, not being overly aggressive, too partisan, or excessively opiniated. Those few exchanges that go beyond five comments and expand into true longform back and forth debates give me hope that one day this little subreddit will earn the title of “serious” in its name. So far, the jury is still out on that one.