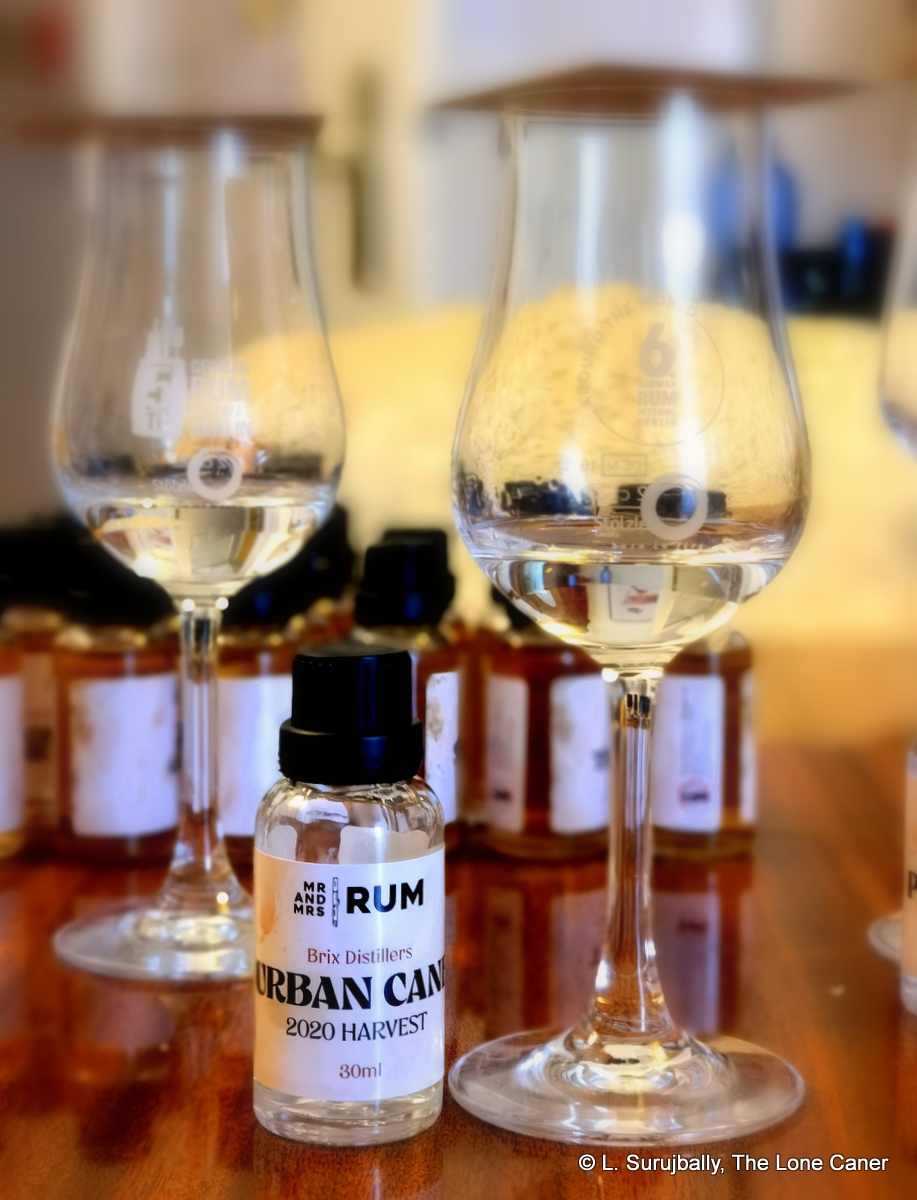 Brix Distillers is an interesting contrast to the JimmyRum distillery we looked at last week. With Jimmy’s, you got the impression of a down-to-earth, easygoing, somewhat blue-collar enterprise with a cheeky sense of humour that also provided good info on who and what it was. Brix, on the other hand, gives more of a yuppie vibe and emanates a youthful vigour that is paradoxically, also somewhat anonymous (none of the owners are identified on their website, for example). While Jimmy’s is definitely a distillery with a bar and restaurant (of sorts) attached later, one can easily get the impression that Brix’s is more of a cool all-in-one inner-city eating and drinking establishment built around the pot still on the premises (it’s the way the pictures they provide are composed). Or maybe it’s all about the cheerful rivalry between Sydney and Melbourne as to which is the cooler city, or something.

Be that as it may, let’s just go through what one can glean from the resources available. The distillery was founded in 2017 after two years’ worth of planning and setup, by James Christopher, Damien Barrow and Siddharth Soin, three friends who are also partners in a popular local restaurant. They sourced an 1800-litre copper pot still made in Australia (called “Molly”) and forged direct connections with suppliers and growers so as to source local ingredients as far as possible: Australian molasses and organic sugar cane from their supplier, a farm in Woongoolba close by the Rocky Point sugar mill (Southern Queensland, just south of Brisbane), locally-made spices, barrels and everything else they need. Their outturn includes a limited edition white cane juice spirit (“Urban Cane,” issued annually ), a white mixer, a lightly aged gold and a spiced rum, plus some flavoured mixes. There’s more ageing out back, and I’m sure we’ll see that in the years to come, as rum education and rum improvement are part of what Brix is all about as well.

Today’s review is about that “Urban Cane” spirit, which you’ll note is not called “rum” due to Australia’s naming regulations, which don’t recognize or allow unaged spirits to be called rums until they’ve been aged for two years 1. It’s mentioned here and there as being an agricole, but this is incorrect usage since the term has limited and specific applicability – at best one can say it’s an agricole style rum, and “cane spirit” works just as well. It’s called “Urban” because essentially, in January 2020, four tons of cane was transported by refrigerated truck from Woongoolba to the distillery premises in Sydney, and crushed right there into cane juice. Then it was fermented (using an indigenous yeast), with excess husk matter chucked into the ferment for some additional kick and character, double distilled to 60% and then 87% ABV, then diluted down to 43.3% and bottled into 395 bottles. 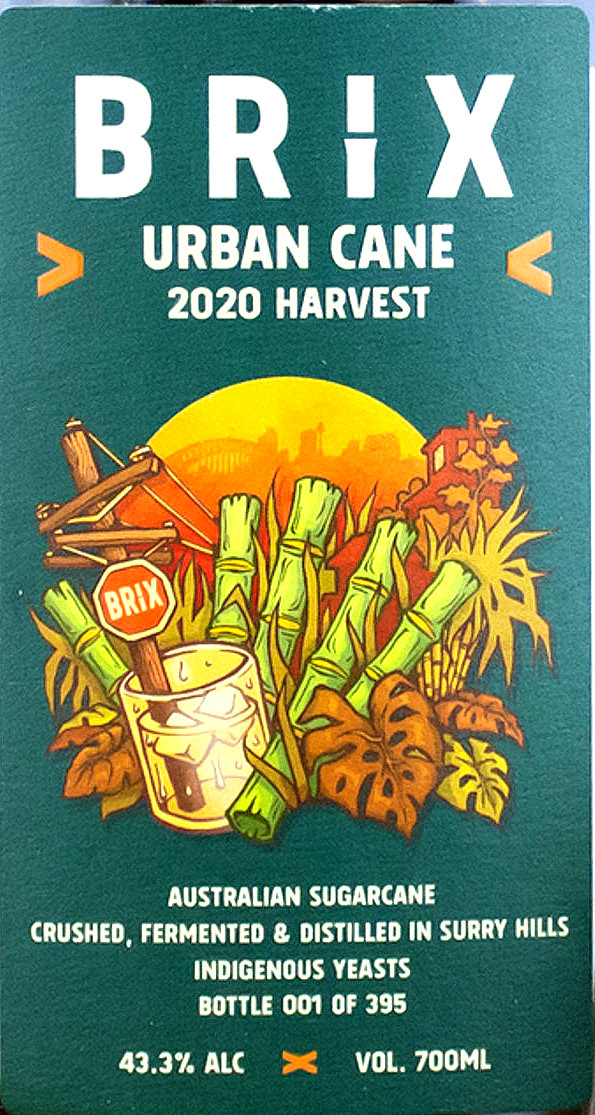 It’s that husk matter, I think, that allows the unusual initial scents of this clear white rum to come to the fore: it has the dry, dusty, musty mildewed scents of an old room in an abandoned house. Paper, cereals and – somewhat paradoxically – also the smell of new paint. The dank loamy notes of dark earth freshly spaded over. This doesn’t sound all that appealing, I confess, but it really kind of is, and in any case, none of this hangs around for long, so be of good cheer. Soon, the scent of fruits and grass takes over: green herbs, crushed lime leaves, light strawberry bubble gum, some pineapple slices, cherries in syrup, tart mangoes and nicely ripe peaches – it’s quite a transition, and the fruity character of what it all ends up as, is very pleasant to sniff.

To taste, some of that initial dryness shows up for a quick moment; then it vanishes, the tenor changes, and the most lingering impression one is left with is one of fruit and spices – lightly sweet, tart and even a touch bitter. One can taste green apples, pineapples, raisins, slightly sour not-quite-ripe-mangoes, apple cider and, if you can believe it, radishes, cilantro, lime leaves, and the fresh lemony brightness of a washing detergent. The finish doesn’t just repeat these notes, but adds some sweet soya sauce, mint, rosemary, citrus again and even some pine-y sort of resin and wraps it all up in a bow.

It’s really quite a fascinating rum, because while hewing to aspects of the expected profile of an unaged cane spirit, it dares to go off in its own direction – there’s stuff from all over the flavour map here, jangling and crowding and jostling happily together, not caring whether it works, just showing, maybe, that it can. It’s sweet, sour, salty, complex and a riot to drink, and while I wish it were a bit stronger, that’s my thing, not yours. And if perhaps one cannot taste this and immediately recognize more comforting, familiar fare (like, say, low-strength agricole blancs, clairins or unaged Jamaicans), I can tell you that in my opinion Brix’s Urban Cane Spirit can take its place among them as a white worth drinking, an unaged rum (yes, a rum) with its own peculiarity and originality of character, and that after all is said and done and the glass is empty, that it’s a rum you want to try again…and again.