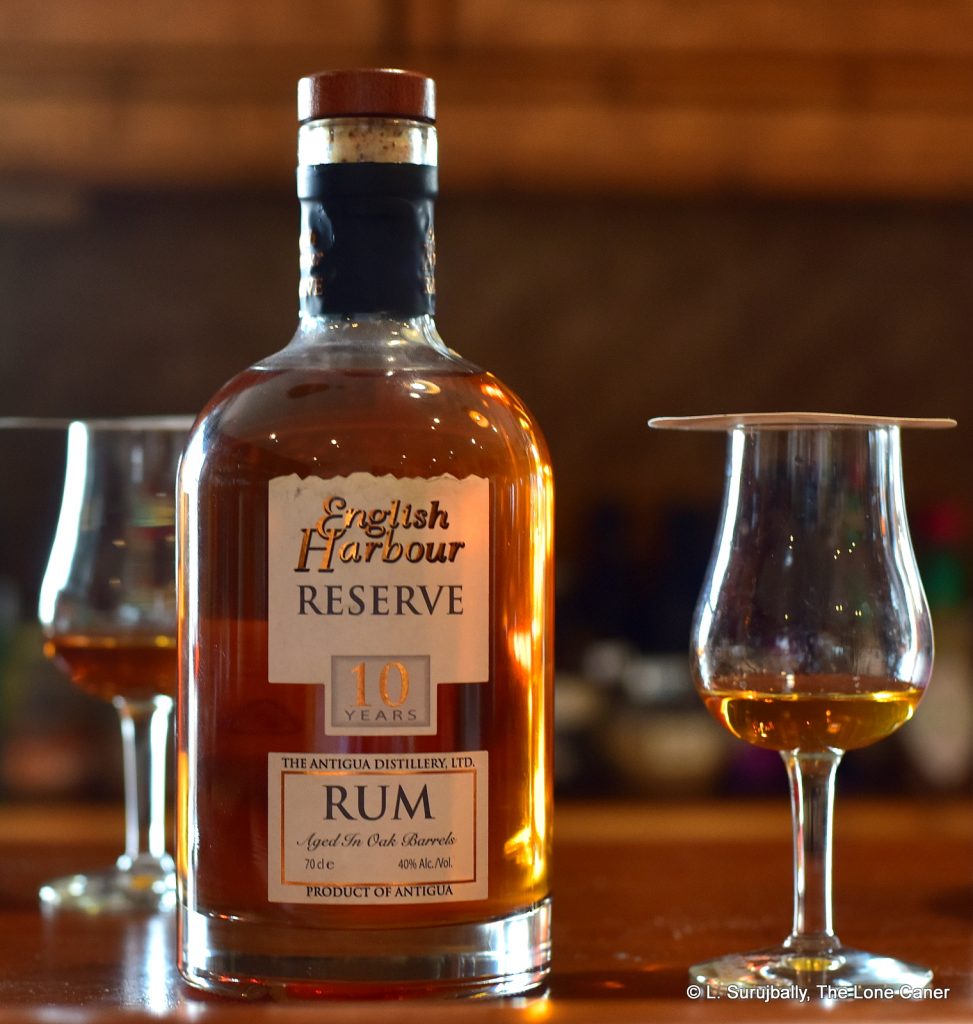 It’s a curious fact that what might be the best all-round aged rum from Antigua is the one that is actually mentioned the least: you hear a lot about the popular 5 YO; the more exclusive 1981 25 YO comes up for mention reasonably often; and even the white puncheon has its adherents…but the excellent 10 Year Old almost seems to float by in its own parallel universe, unseen and untried by many, even forgotten by a few (I first looked at in 2010 and gave it a guarded recommendation). Yet it is a dry and tasty and solid drink on its own merits, and if I had to recommend a rum at standard strength from the island, this one would absolutely get my vote, with the white coming in a close second (and may yet make the cut for the pantheon, who knows?).

There’s almost nothing going on with rum in Antigua that is original or unique to the island itself. Even back in the old days, they would import rum and blend it rather than make it themselves. Since 1932 one distillery has existed on the island and produces most of what is drunk there using imported molasses – the long operational Antigua Distillery, which produced the Cavalier brand of rums and the English Harbour 5 and 25 YO They used to make one called Soldier’s Bay, now discontinued, and a colourful local gent called “Bushy” Baretto blends an overproof he sources from them and then drags it down to 40% in a sort of local bush variation he sells (in Bolan, a small village on the west side of the island).

Since the source of all this rum made by Antigua Distilleries is imported molasses, there is no specific style we can point to and say that this one is “key” anything. Also, they are using a double column still and do not possess a pot still, or a lower capacity creole still such as the Haitians use, which would distill alcohol to a middling 60-70% strength instead of 90%+ basis of their range that wipes out most of the flavours. So again, not much of a key rum based on concepts of terroire or something real cool that is bat-bleep-crazy in its own way and excites real admiration.

With respect to AD’s other rums up and down the range — the 65% puncheon remains a somewhat undervalued and fightin’ white brawler; the (lightly dosed) 25 Year Old is too expensive at >$200/bottle and remains a buy for money-bagged folks out there; and the 5 YO has too much vanilla (and I know it’s also been messed with somewhat). Since 2016, the company has moved towards stronger, near-cask-strength rums, is experimenting with finishes like the sherried 5 YO and a madeira, and I know they’re doing some work with Velier to raise their street cred further, as well as sourcing a pot still. But none of this is available now in quantity, and that leaves only one rum from the stable, which I have been thinking about for some years, which has grown in my memory, but which I never had a chance to try or buy again, until very recently. And that’s the 10 year old. 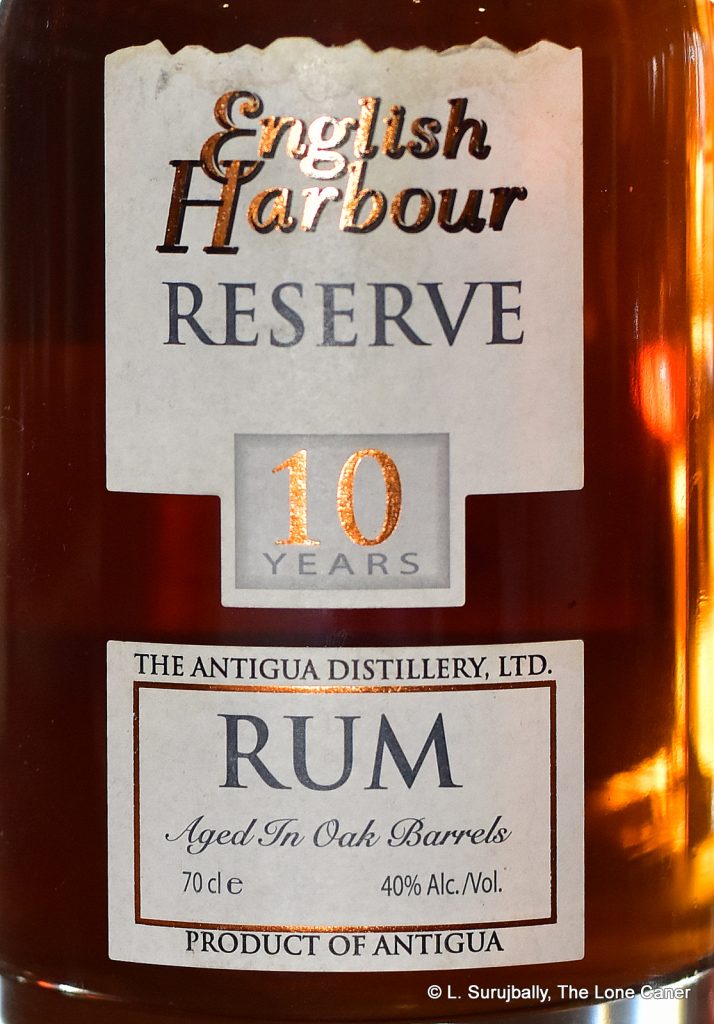 The nose begins with an astringent sort of dryness, redolent of burnt wood chips, pencil shavings, light rubber, citrus and even some pine aroma. It does get better once it’s left to itself for a while, calms down and isn’t quite as aggressive. It does pack more of a punch than the 25 YO, however, which may be a function of the disparity in ages – not all the edges of youth had yet been shaved away. Additional aromas of bitter chocolate, toffee, almonds and cinnamon start to come out, some fruitiness and vanilla, and even some tobacco leaves. Pretty nice, but some patience is required to appreciate it, I’d say.

The most solid portion of the rum is definitely the taste. There’s nothing particularly special about any one aspect by itself – it’s the overall experience that works. The front end is dominated by light and sweet but not overly complex tastes of nuts, toffee, molasses, unsweetened dark chocolate and cigarette tar (!!). These then subside and are replaced by flowery notes, a sort of easy fruitiness of apples, raspberries, and pears, alongside a more structured backbone of white coconut shavings, dates, oak, vanilla, caramel. The finish returns to the beginning – it’s a little dry, shows off some glue and caramel, strong black tea. Oddly, it also suggests a herbal component and is a little bitter, but not so much as to derail the experience. Quite different from the softer roundness of the 25 YO, but also somewhat more aggressive, even though the proof points are the same.

So if one were to select a rum emblematic of the island, it would have to be from this company, and it would be this one. Why? It lacks the originality and uniqueness of a funky Jamaican, or the deep dark anise molasses profile of the Demeraras, or even the pot still originality of the St Lucian rums. It actually resembles a Spanish style product than any of those. By the standards of bringing something cool or new to the table, something that screams “Antigua!” then perhaps the puncheon white should have pride of place. But I feel that the 10YO is simply, quietly, unassumingly, a sturdy and well-assembled rum, bringing together aspects of the other three they make in a fashion that just succeeds. It is at bottom a well made, firm, tasty product, a rum which is pretty good in aggregate, while not distinguished by any one thing in particular. Perhaps you won’t hear the island’s name bugled loudly when you sip it…but you could probably hear it whispered; and on the basis of overall quality I have no problems including it in this series.